Mega Soccerbet in the exciting finis with Petrusev’s points in the last second to the victory against Borac!

In a very interesting and uncertain game, Mega defeated Borac with an alley-oop points of PEtrusev in the last second for 86:84 (28:13, 18:22, 16:25, 24:24) within the match of the 19th round of the ABA league. In the match that was played without the presence of the audience in the Hall of sports Ranko Zeravica, coach Vladimir Jovanovic’s team had a 21-point advantage in the second quarter, which Borac reached and surpassed in the last section, but with points in the last second Mega came to the 13th triumph in the regional competition.

The best in the ranks of Mega was Marko Simonovic with 28 points and 13 rebounds, while Filip Petrusev scored 16 points. In the ranks of Borac, the most efficient were Dusan Miletic with 24 points and Uros Carapic with 17. 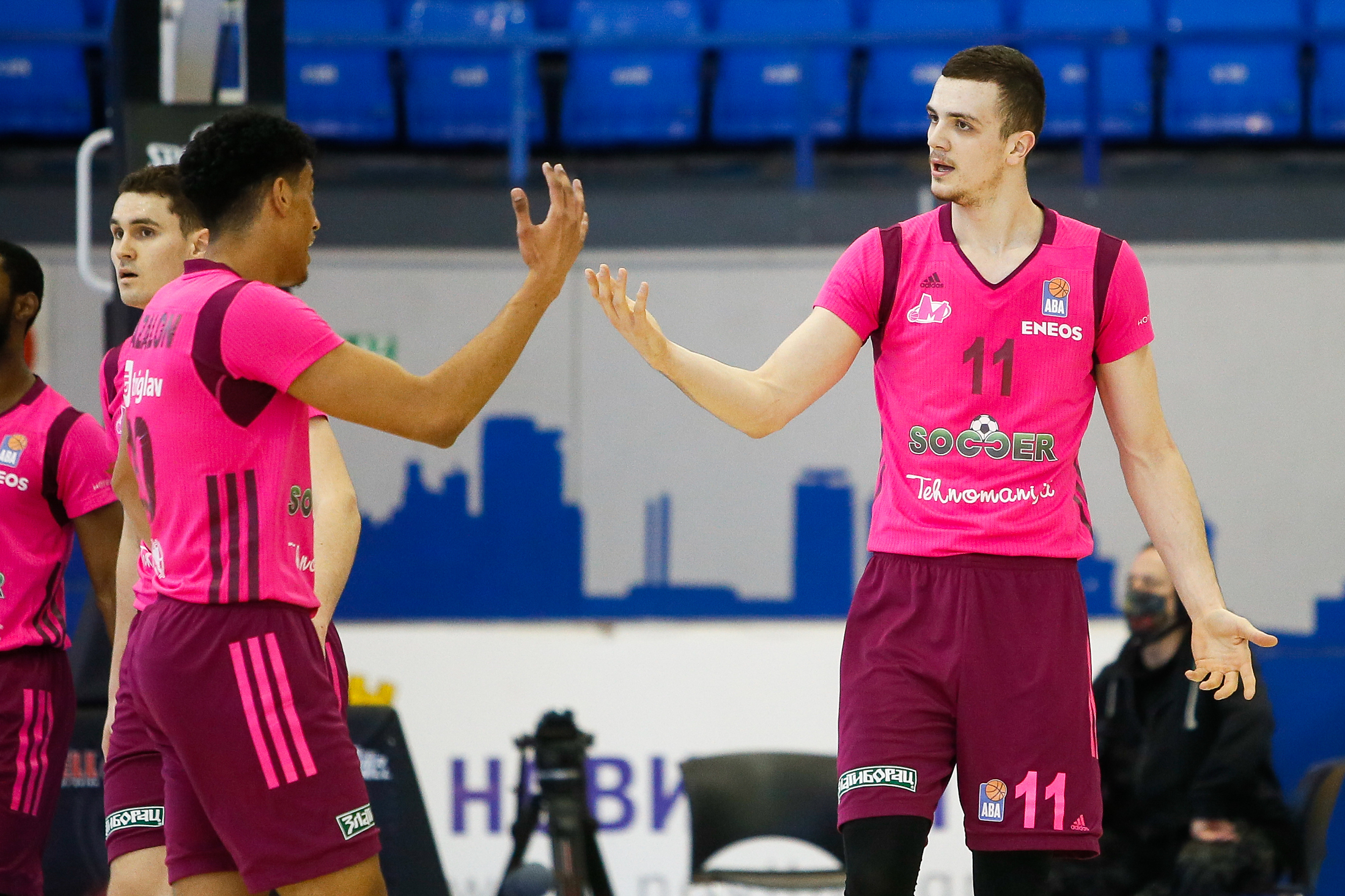 After 19 rounds played in the ABA league, Mega Soccerbet has 13 wins and 6 losses, while Borac has a score of 4-13 with two matches less. In the next round, on Sunday, March 7, at 5 pm, Mega will play against Krka in Novo Mesto.

Mega started the match with the following five: Smith, Tepic, Momirov, Simonovic, Petrusev. Mega opens the match with a run of 6:0 where Borac scores the first points after three minutes of play. The excellent defense continued even after Borac’s time-out, so that on the other side, Simonovic founded Petrusev brilliantly in the counter-attack, who then hit a three-pointer from the corner in the next attack. Smith and Momirov are also accurate for three points, so Mega reaches a double-digit advantage, 17:5. Mega plays great and diversed in attack and reaches new points from all positions. The advantage grew minute by minute for plus 15 after the first quarter, 28:13.

Cazalon and Simonovic increased Mega’s advantage at the beginning of the second quarter, where after Petrusev’s assist over the entire field, Simonovic dunked brilliantly in the counter for 36:17. With the lay-up of Cerovina, Mega reaches plus 21, and in the next few minutes a somewhat slower period followed, so Borac managed to reduce the deficit to 15 points in four minutes until the halftime, 41:26. The visiting team from the second and third attacks manages to further reduce the gap, which at one point was nine points, and the result at halftime 46:35 is set by Smith with the floater. 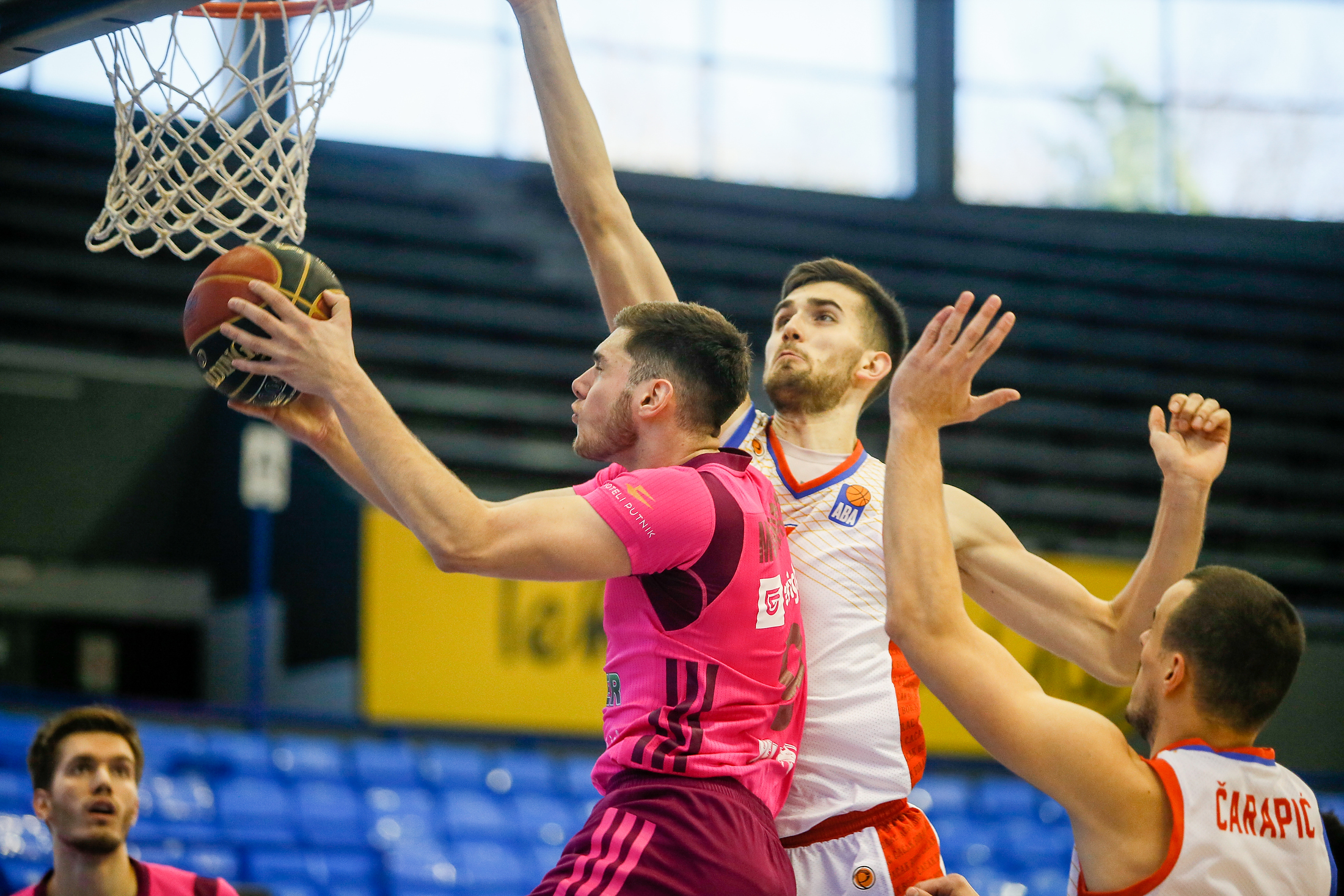 Smith is in the zone at the beginning of the third quarter, he first hits a jump shot, and then assists to Momirov for a three-pointer and a 51:35 advantage. Borac was without points for three and a half minutes, but Miletic managed to cut Mega’s series with a few tied points. Cazalon and Simonovic hit at the end of the attacks from difficult positions and kept the double-digit advantage of Mega. Borac punished mistakes in Mega’s defense and managed to lower the difference after several offensive rebounds. The finish of the third quarter belonged to Borac, who approached to two points with Nerandzic lay-up in the last second, 62:60.

The visiting team, with a triple of Carapic and Miletic’s points from the paint, reached the advantage at the beginning of the last section 62:65. Simonovic hits an extremely important triple and then Smith returns the advantage with lay-up, 67:65. Another good defense of Mega and on the other side Simonovic hits a new three. Borac did not gave up, and with a run of 0:10 returns the lead, 70:75. The game is played basket for basket, and after Miletic’s triple, Borac has a six-point advantage in three and a half minutes until the end, 74:80. Vladimir Jovanovic’s team played the best when it was most needed, so with Simonovic’s triple and Tepic’s points, they are one point behind. After Borac’s time-out, Mega’s run was extended to 0:10 with Momirov’s triple and Tepic’s lay-up, the result is 84:80 with minute and a half until the end. Miletic hits for Borac after offensive rebound, and on both sides followd misses and mistakes until eight seconds until the end, when Borac equalized after offensive rebound of Carapic and points from the free throw line. In the remaining time, Smith founded Petrusev brilliantly, who with the alley-oop lay-up brought Mega a victory in the last second for the final 86:84. 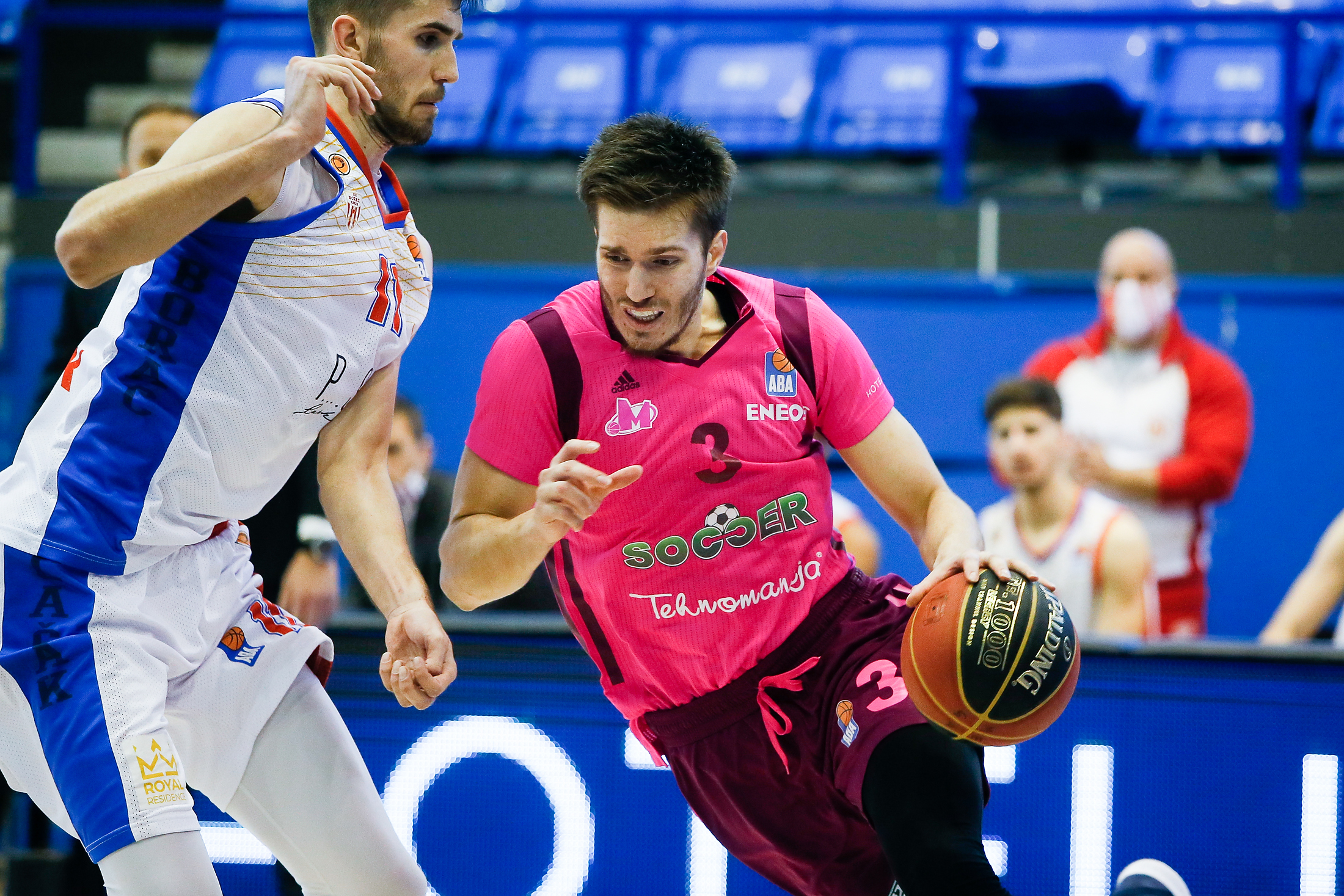