The third victory in a row for Mega Soccerbet, Koper Primorska after overtime defeated in Slovenia!

Mega Soccerbet recorded their third victory in a row in the 8th round of the ABA league, as they defeated the Koper Primorska team with 69:71 (26:23, 16:14, 5:9, 16:17, 6:8). Coach Vladimir Jovanovic’s team reached the 6th triumph in the regional competition in Arena Bonifika after an extremely exciting match where they reached overtime with two three-pointers in the finish of regular 40 minutes, and then played a good defense in the additional five minutes and recorded a new victory in the ABA league. Coach of Mega could not count in this match on the currently most useful player in the league, Filip Petrusev.

The most efficient in the ranks of Mega were Marko Simonovix with 15 points and 12 rebounds, while Karlo Matkovic recorded 12 points, 15 rebounds and even 6 blocks. In the Slovenian team, Luka Voncina stood out with 22 points and Erjon Kastrati with 21 points. 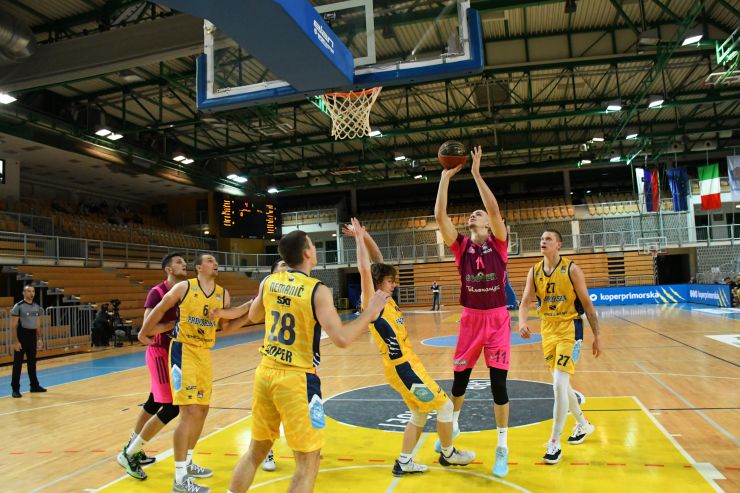 After eight rounds of the ABA league, Mega Soccerbet has a score of 6-2, while Koper Primorska is still without a victory. In the next round, Mega will meet Split on Sunday, December 6, at 12 o’clock.

Vladimir Jovanovic started the match with the following five: Novak, Tepic, Momirov, Simonovic and Matkovic. At the beginning of the match, Simonovic tied five points, but due to two personal fouls, he had to sit on Mega’s bench after only a few minutes. The series of the home team 6:0 is interrupted by Novak with a triple for 8:8. In the following minutes, point for point was played, where Miskovic and Matkovic scored for Mega, mostly from the paint. Primorska manages to take the lead at the end of the quarter with a difference of seven points, but Langovic tied six points after entering from the bench, so the result after 10 minutes of the game is 26:23.

Mega’s better defense at the beginning of the second quarter, Mega equalized, but Primorska returned the advantage with two three-pointers. After entering the game, Simonovic continues with good moves in the attack, where he scores under a foul, and then three pointer. Mega defends the racket well, but Primorska keeps the advantage with shots from a long range. From the middle of the second period, there were problems for Mega in the attack, where in a few minutes only Tepic scored lay-up, so Primorska reached plus seven, 42:35. In the last minute, Mega defended the basket, and Matkovic set the score at halftime with points after offensive rebound, 42:37. 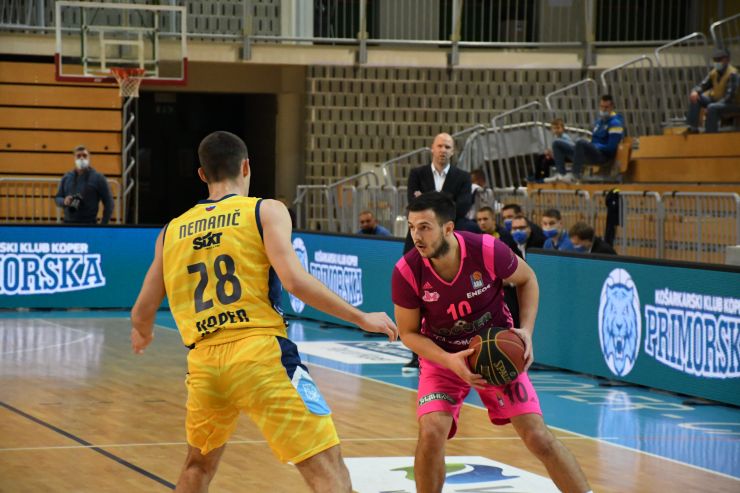 After an attacking post on both sides in the first two minutes of the second half, Cazalon first dunked in the counter and then hit lay-up on Novak’s assist. Matkovic hits after offensive rebound, so Mega takes the lead. Primorska is without points for more than six minutes, but Mega does not use it in the attack, so the score is 42:43 on the scoreboard for a long time. After six and a half minutes of the play, the home team reaches the first points in this section with a triple of Voncina. By the end of the quarter, we saw a lot of misses on both sides, with an excellent defense by Matkovic, who already had 6 blocks by the end of the third period, so the result before the last quarter was 47:46.

With the triple of Cerovina, Mega reaches plus three in the first minutes of the last quarter. This was followed by Mega’s post in the attack, which Primorska used to take the lead with a series of 7:0 for 57:53 in the middle of the last quarter. After a couple of misses on both sides, Novak steals the ball for easy lay-up and then Casalon successfully hit drive for a draw in a little less than three minutes until the end. Primorska manages to punish two wrong passes by Mega, so it is plus four for the home team with a minute and a half until the end. Simonovic hits a three-pointer after a time-out, Voncina hits a difficult entrance in the next attack, so that Tepic equalizes 63:63 with a three-pointer with 43 seconds until the end. Mega’s excellent defense, after which Primorska did not manage to try a shot to the basket until the end of the attack, so Vladimir Jovanovic requested a time-out with 17 seconds until the end. In the last attack, Tepic tried to hit a three-pointer from eight meters, but he was not precise, so game went into overtime.

Mega scores from free throws after offensive rebounds to take the lead with a triple by Tepic with 65:70. Primorska approaches Mega with a triple by Voncina, and then Macura misses a few free throws with one hit. Tepic hits one free throw for 69:71 with 15 seconds until the end. In the remaining time, Mega played an excellent defense, Voncina tried to hit a three-pointer from an extremely difficult position, but he was not precise, so Mega came to the third consecutive victory. 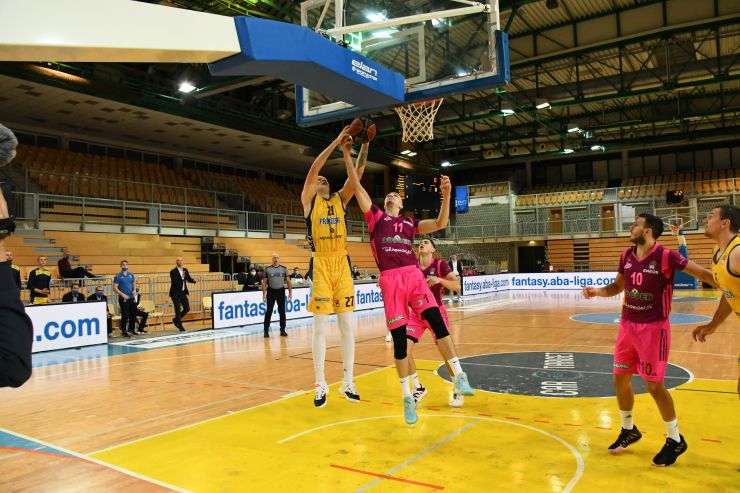