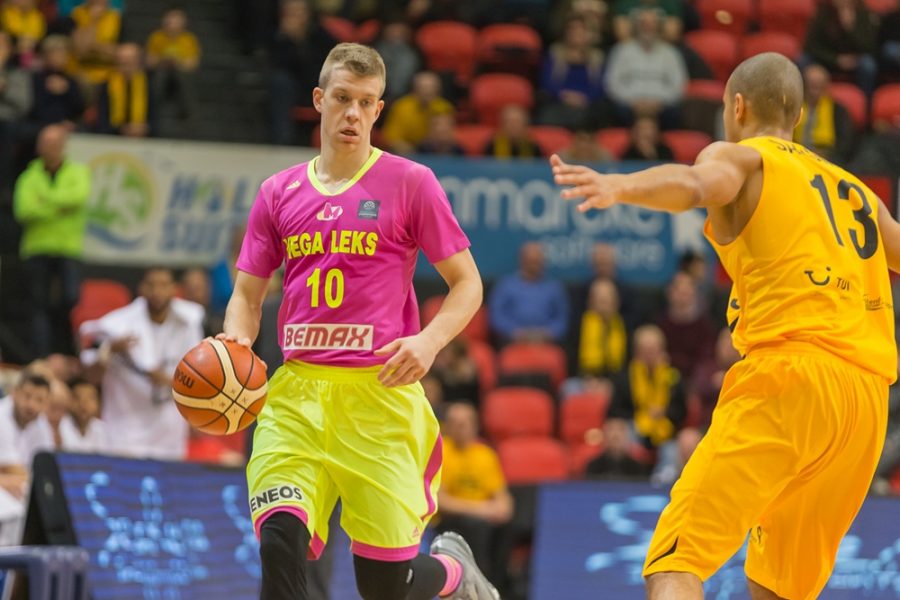 Players of Mega Leks were defeatead away to Belgium’s Telenet Oostende with 82:74 (16:21, 28:22, 23:17, 15:14), and farewell to qualify for the next phase of Basketball Champions League. After plus 10 in the first quarter and lead with 7 minutes to play, players of Mege ran out of concentration in the finish of the match. In the short time they missed six free throws (11 in total), as the home team knew how to punish that and to come to the final triumph. Coach of Mega Leks in this match could not count on injured Marko Tejic and Radovan Djokovic. Official debut had Nikola Rebic, who in 11 minutes on the court, had 4 points and 3 rebounds. 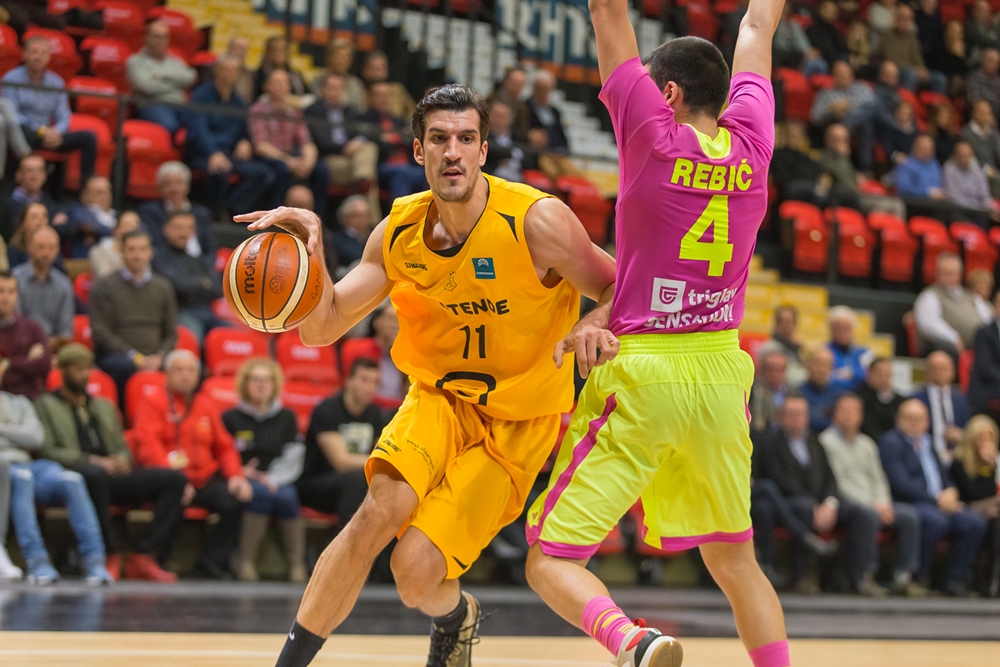 The most efficient in the ranks of Mega Leks were Ognjen Jaramaz with 15 and Jovan Novak with 14 points, while in the Belgian team the best was Rasko Katic with 25 points. After 13 rounds in Group D of the Champions League, Mega Leks remained at 4 wins, and lost theoretical chance to qualify for the next phase.

Dejan Milojevic started the match with the following five: Novak, Mushidi, Zagorac, Spasojevic and Kaba. Mega had excellent opening of the match with a series of 0:8, Kaba’s dunks and 2 baskets of Spasojevic, forcing coach of Oostende to request a time-out after only 2 and a half minutes. Ostende achieved their first points in the match after 3 minutes but after the new steals and lay-up Novak, Mega Leks came to plus 10, 4:14. The game soon enters Nikola Rebic who first hit one free throw and then three pointer. Mega in the finish of the period missed a few shots, so the first quarter ended with 16:21.

The second quarter began with a series of Oostende 15:2 to plus 8 for the home team, which interrupted Mushidi. Oostende continues to hit the biggest plus 11, 38:27 after 26 minutes. Mega then played much better on both sides of the court, and with an aggressive defense forced the players Oostende on several turnovers. With dunk of Jaramaz under a foul, Mega took the lead, 42:43. First half ended with 44:43. 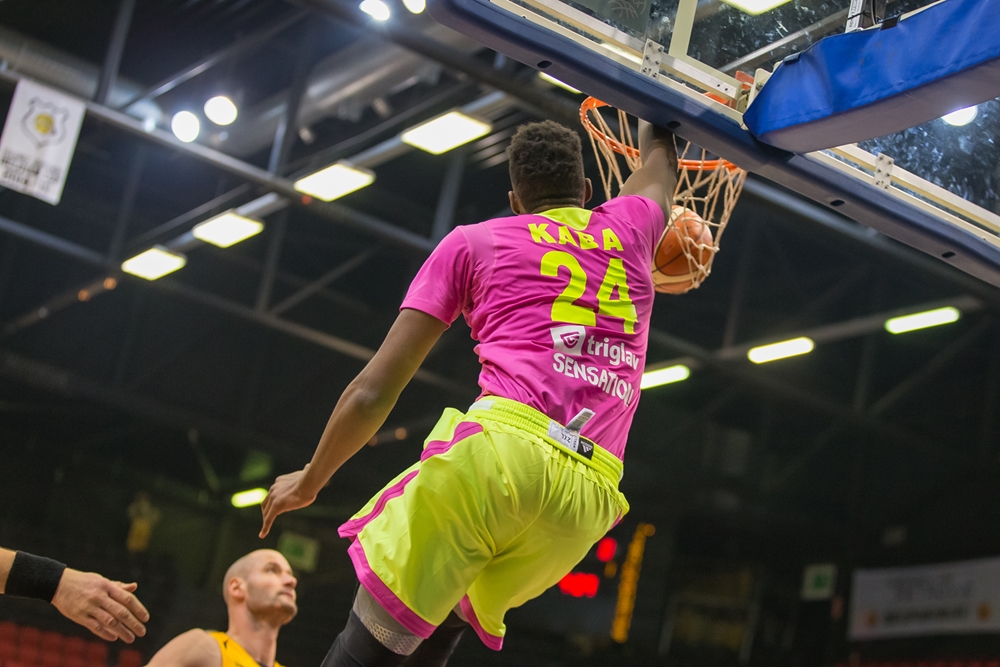 After a break at the halftime, the third period started better Oostend ethat after a few minutes came to plus 7, 54:47. Mega managed to establish control, reduced to 3 points difference, but Katic was doing well in the paint Mege and manages to maintain the advantage of Oostende to 67:60 before the last 10 minutes.

At the beginning of the fourth quarter Marelja and Zagorac were hitting threes and then with a steal and powerful dunk of Jaramaz, Mega lead with 67:68. There was a period with little points on both sides and at the score 73-70 for the home team, the players of Mega miss a few shots and even 6 free throws, as the home team punished them for that for the final 82:74. 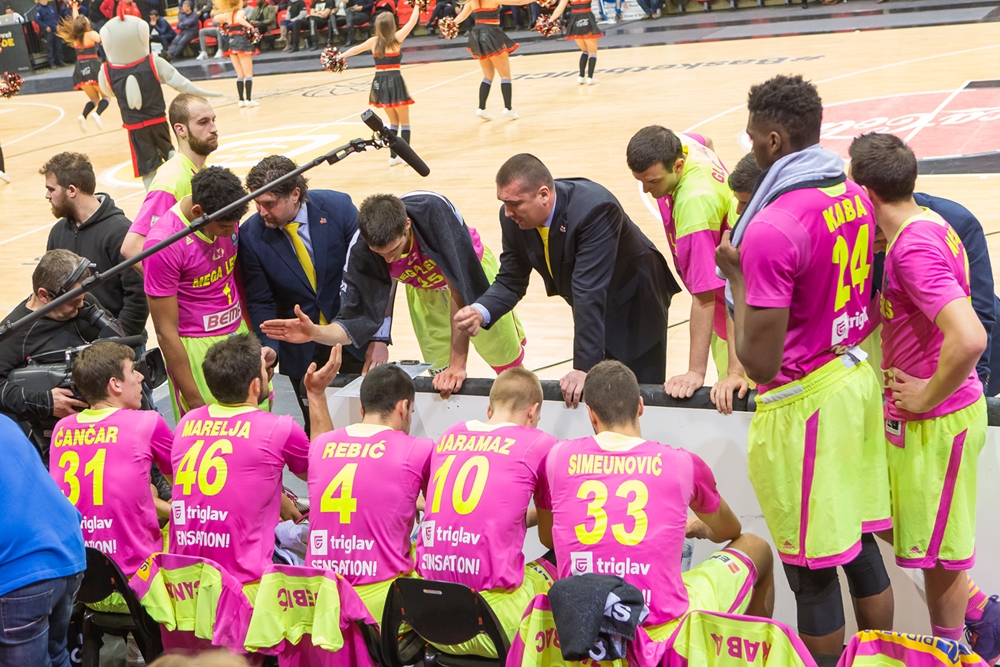 The next match Mega Leks have on Sunday from 19 hours when in the 19th round of ABA league in Sremska Mitrovica hosts Zadar.