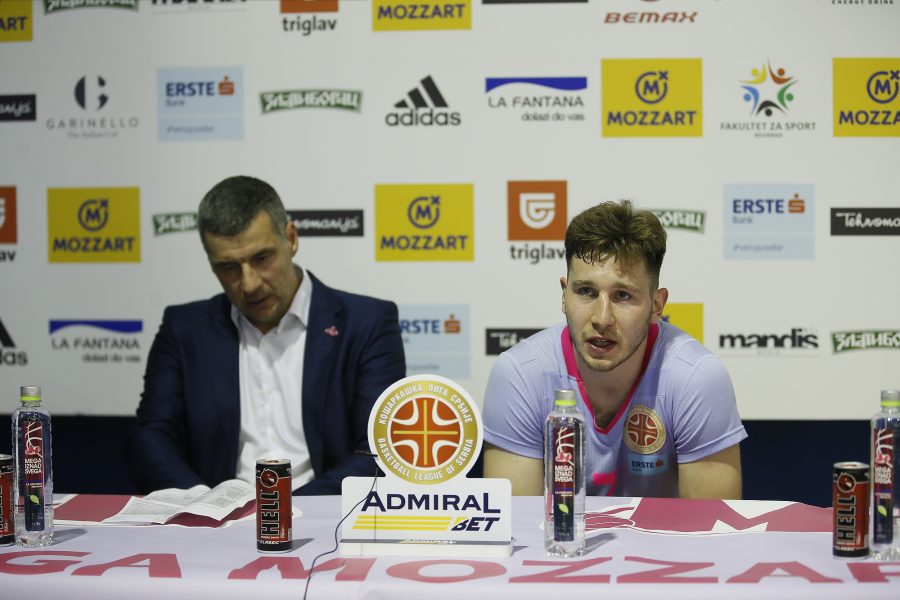 ThMega Mozzart defeated Borac in Cacak with 75:82 (22:27, 15:17, 18:20, 20:18) in the second game of the finals of the playoffs of the Serbian Super League. Coach Vladimir Jovanovic’s team started the game great, they had a 16-point difference in the first quarter, but Borac managed to return to the match, and with a 12-0 series in the third section, Mega regained the advantage it managed to keep until the end.

With this victory, Mega Mozzart advanced to the semifinals of the playoffs, where they will play against Crvena zvezda mts in a best-of-three series, which will begin after the end of the ABA League playoffs.

At the press conference after the game, Mega’s coach Vladimir Jovanovic pointed out that his team showed fighting spirit throughout the entire playoffs:

– I think it was a very interesting game for the audience from Cacak who knows basketball. I love that we have presented ourselves in the right way here. I would like to congratulate Borac on the whole season, on everything they have achieved. I would also like to congratulate the city that is investing in this club, Borac is practically a stable ABA league team. I would say that we set some short-term goals, we practically changed the team when the ABA league ended, we are playing with a completely new team with a lot of young players. I have already mentioned that they lack coordination, but today, as in the entire playoffs, we showed fighting spirit, that we wanted to win at all times, and in the end we were rewarded. Once again, I would like to thank the audience from Cacak for the complete welcome and, above all, for cheering the whole game in the right way,

One of the most deserving for Mega’s victory was Aleksa Uskokovic with 14 points, 9 of which he scored in the last quarter in “crunch time”, and at the press conference after the game he stated that his team played smart in key moments:

– Congratulations to my players and the coaching staff, this is a great success for us, considering that we have created a practically new team in progress. As for today’s match, it was completely different compared to the one in Belgrade. We opened the game well, maybe even too well, we made a great series however, Borac got back. They played much more aggressively than in Belgrade, they scored a lot of shots for three, to which we could not find an answer, but we had consistency in defense, we kept the result under our control. I think that we were the best in the key moments of the match, that we played smart and in the end we deservedly celebrated. Congratulations to Borac once again, and as far as we are concerned, we have fulfilled the goal, we have time to rest and get ready for the series with Zvezda, to enjoy in some way and give our maximum, so we’ll see,