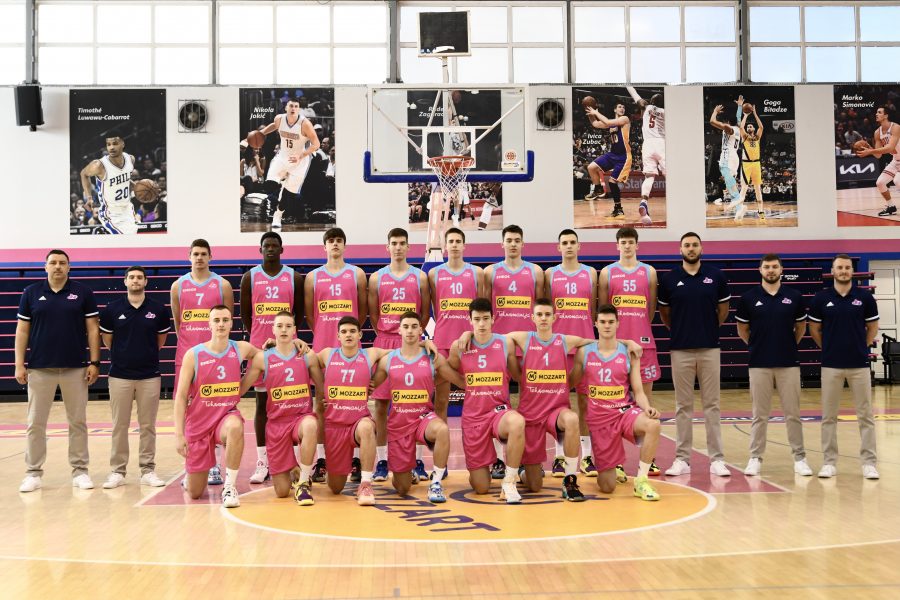 U18 BC Mega Mozzart will participate in the “Euroleague Basketball Adidas Next Generation Tournament Finals” from Wednesday, May 18 to Saturday, May 21, which will be held in the Hall of sports Ranko Zeravica. The players of coach Dragoljub Avramovic are in Group A with Maccabi, INSEP and Real Madrid, and they will open the F8 tournament with a match against French INSEP on Wednesday at 9 am.

Mega’s junior selection was the vice-champion of the junior Euroleague on two occasions, in 2017 and 2019.

Crvena zvezda mts, ASVEL, Stellazzurra Rome and Next Generation selection Select Team compete in Group B. Two first-placed teams from both groups will fight for the title of junior Euroleague champion on Saturday at 12:30.

Before the start of the F8 tournament, Mega’s coach Dragoljub Avramovic briefly pointed out that his team will do its best to represent the club in the best way:

– We will do our best to play beautiful and quality basketball and to represent our club in the best way. We have talented players who, like all of us, can’t wait for the tournament to start and compete against the best European teams,