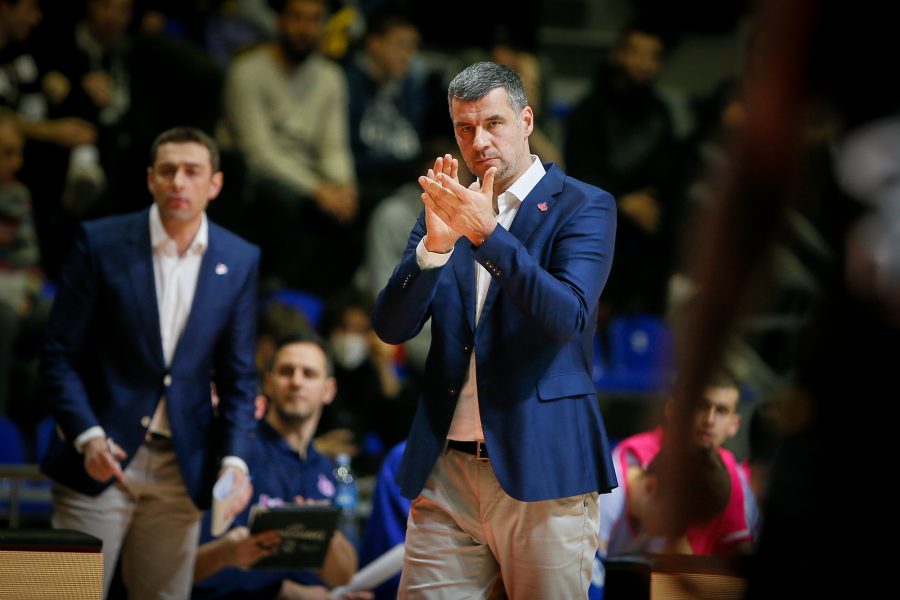 In the remaining game of the 13th round of the ABA League, Mega Mozzart defeated Partizan NIS on road with 90:93 (22:26, ​​24:29, 19:19, 25:19) after a fantastic game and three-pointer by Smith with six seconds to the end. The players of coach Vladimir Jovanovic, despite the absence of five players and with several juniors in the Aleksandar Nikolic hall played heroically and bravely during all 40 minutes of the game and in the end they deservedly came to a great victory.

At the press conference after the game, Mega’s coach Vladimir Jovanovic congratulated his players on the extraordinary game and great commitment:

– Congratulations to Partizan on everything done so far this season. As I said in the announcement of the match, they are on a good path to achieve their goals and I am sure they will succeed in that, and I wish them that from the bottom of my heart. I would like to thank for the warm welcome from the people in the club and the fans. As for the match, we really had a lot of problems in preparation. We managed to do the last two practices “five on five” with three juniors and two players from our system who do not play for Mega. We managed to somehow patch up and be honest, I didn’t expect much from this game, knowing that Partizan is playing very aggressively on both parts of the field, and we were without a real competitive rhythm. We came without pressure, and as a consequence of all that, we hit some shots and got to our rhythm. I have to emphasize that we shot extraordinarily for three points and in the end we came to victory with a three-pointer. I have to look back at Partizan’s rhythm of matches, and the fact that they played against Hamburg only two days ago and were not fresh, so their fatigue was evident. Congratulations to my players on an outstanding match and great commitment. Five players did not make even two practices, and Jovic and Vujic only did “five on five” yesterday. The guys were really fantastic. Once again, I congratulate Partizan on everything they have done this season and on a fair and correct game, as well as on the nice gesture of the club and the support of the fans,