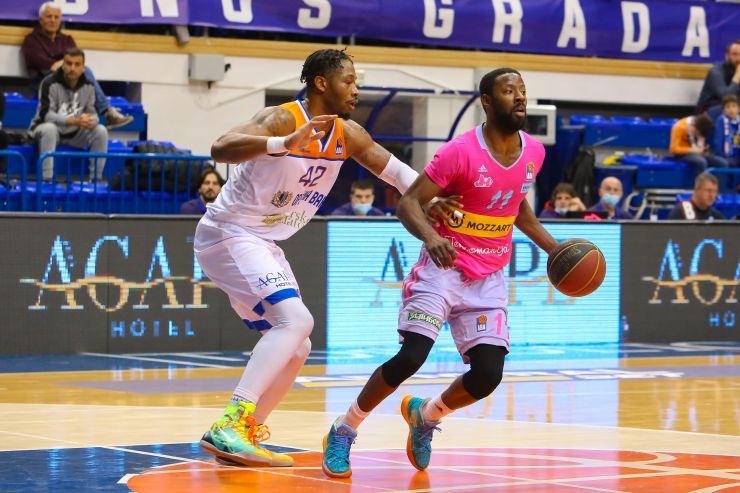 Mega was close to comeback but Mornar won in the finish!

Mega Mozzart lost in the 10th round of the ABA League after an exciting finish to Mornar-Barsko zlato with 79:75 (14:10, 23:26, 22:21, 20:18). Coach Vladimir Jovanovic’s team managed to reach a minimal lead with a run of 0:9 in the last quarter, but the home team was more concentrated in the last two minutes of the game and eventually won.

The most efficient in the ranks of Mega were Karlo Matkovic with 16 points and Malcolm Cazalon with 14. Nemanja Gordic stood out in the Mornar with 14 points.

After ten rounds of regional competition, Mega Mozzart has a score of 4-6, while Mornar recorded 3 wins and 7 losses. Mega Mozzart will host Split in the next round on Sunday, December 12. 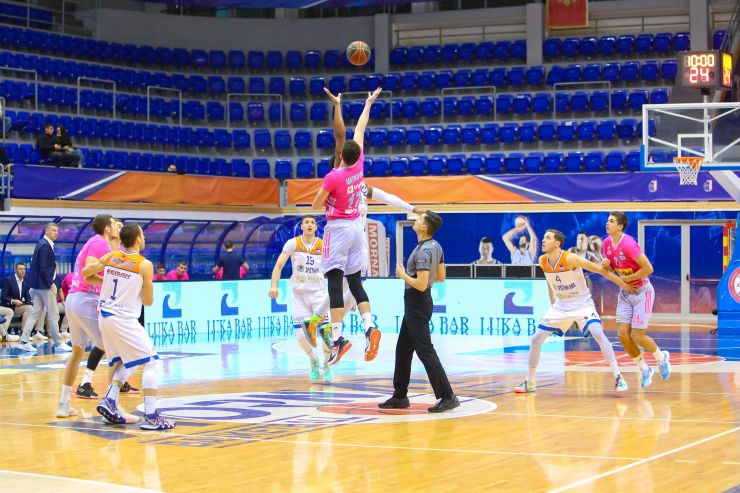 Vladimir Jovanovic started the match with the following five: Smith, Djurisic, Jovic, Rudan and Matkovic. A few misses on both sides at the beginning of the game, Mornar from the free throw line came to the initial advantage, while the first points for Mega were scored by Djurisic from lay up. Both teams mostly get points from the paint, but the home team has a 12:6 advantage in three minutes until the end of the quarter. After a good defense, Mega manages to reach plus two points with Smith’s floater and by dunk of Cazalon, and the result after the first quarter is 14:10.

After the awarded foul on the shot for three points and the plus one of Lewis, the home team reached a double-digit advantage, 20:10. Coach of Mega requested time-out, after which his team played great on both sides. Several excellent defenses followed, from which Mega came to easy points with the excellent cooperation of Rudan and Jankovic, and with the dunk of Jovic, they came to only one point behind, 22:21. Point for point was played in the next minutes, Smith tied with a three-pointer, Matkovic from an alley-up dunk and points after a jump in the attack did not allow the Mornar to break away, and then Rudan hit a three-pointer for a minute and a half for lead of Mega, 32:33. Mornar manages to regain the advantage and Smith hits floater off the board in the last second to set the result at half time, 37:36. 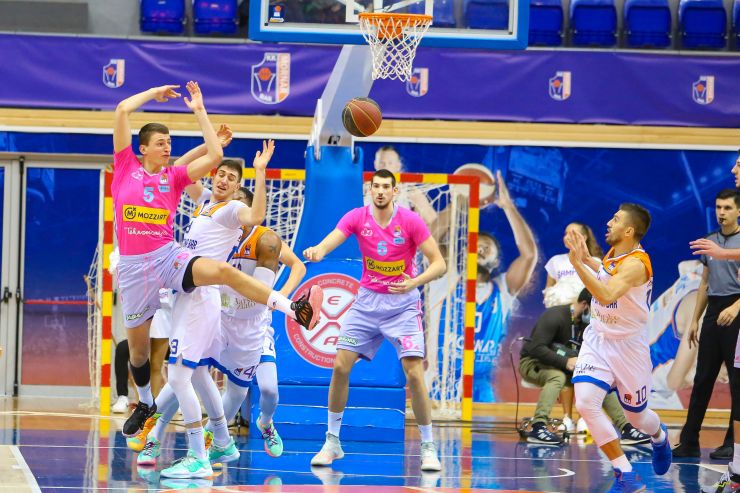 Jovic hits a three-pointer at the start of the third quarter, but Mihailovic immediately responds with the same measure. The teams change in the lead, while in the defense, Balcerowski blocked the opponents on two occasions. Jovic hits a difficult three-pointer for a plus three, but Mega misses the opportunity to gain a significant advantage. Matkovic scored a point after offensive rebound. Cazalon hits a three-pointer, then brilliantly blocks the shot for three of Jeremic, but Mornar still reaches the advantage with a three-pointer of Micovic for 56:54. Cazalon hits one free throw, Djurisic steals the ball for a lay up, but Lewis gives the home team an advantage with a difficult three-pointer from the corner before the last 10 minutes of the game, 59:57.

Rudan is injured at the beginning of the last section, after which he did not return to the game, and where Mornar reached a plus six after a technical foul was called to Jovanovic. A great “alley-up” of Matkovic followed, Smith hits both free throws for 67:64. Mega played well in defense, but in the attack was without points for a few minutes, which the home team used to reach plus 8, 72:64. Balcerowski and Cazalon are precise from free throws, so Mega drops to minus four in three minutes until the end. Mega continued with an excellent defense, while on the other side, Cazalon hit a three-pointer and Jovic both free throws for Mega’s lead, 72:73. However, Mornar uses Mega’s mistakes on both sides of the field and reaches 77:73 in the 5:0 run. Matkovic corrects the miss of his teammates, Jeremic on the other side hits the first free throw for 78:75, and after the miss of the second throw with 20 seconds until the end, Mega started the attack for the tie. However, Cazalon trampled the line from three corners and missed the shot, after which Lazic hit one free throw for the win of the home team 79:75. 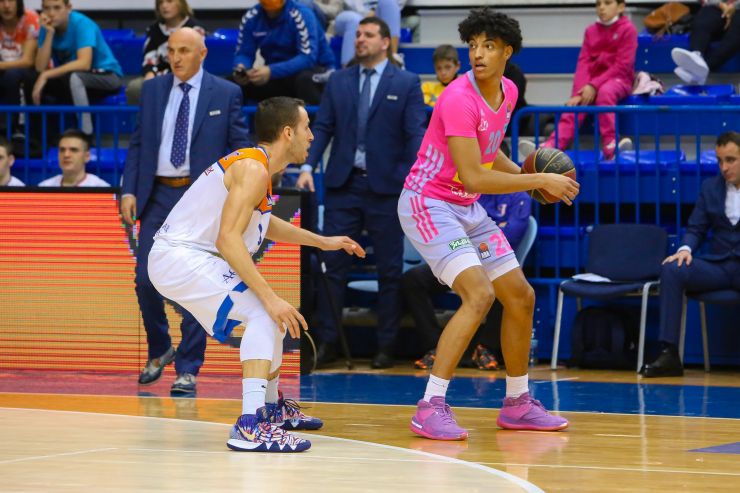