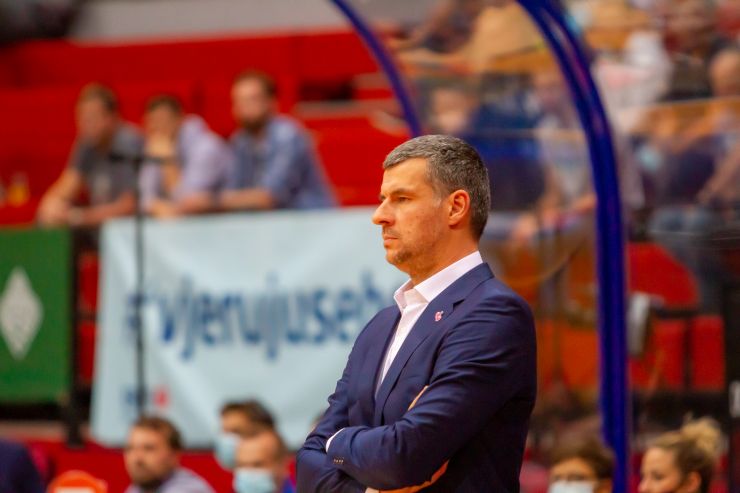 Mega Basket lost to Cibona with 89:84 (19:22, 14:25, 26:14, 19:17, 11:6) within the 2nd round of the AdmiralBet ABA league after overtime. Coach Vladimir Jovanovic’s team played a great first half in the Dražen Petrović Basketball Center, where they also had an advantage of up to 16 points. In the continuation of the game, Cibona managed to return, Smith had a shot for the victory from eight meters at the end of the regular part, but he was not precise, so that in the additional five minutes of the game, Cibona came to victory.

At the press conference after the game, Mega coach Vladimir Jovanović pointed out that his team fell in some work tasks in the second half:

– We expected a difficult match. Cibona showed an enviable quality of the game both in the preparation period and at the very beginning of the ABA league. We showed in the first half that we could play against them, but despite a good game, we did not manage to keep the difference. In the second half, we fell in some work tasks that we fulfilled well in the first half. First of all, I mean the one-on-one game, and from that, if it wasn’t already a basket, a jump in the attack opened up for them, which we defended drastically badly. We did not cope best with that “switch” defense and our smaller rotation, due to the exit of a couple of players due to problems with personal fouls, made our journey significantly more difficult, considering that an overtime was played. The entered that overtime with big minutes and in the end we lost. Congratulations to Cibona on the deserved victory. We cannot be satisfied, but tomorrow is a new day. We will work and prepare for the new game,