Mega Soccerbet after an extremely exciting finish to the victory against Cibona!

In the game of the 16th round of the ABA league, Mega defeated Cibona in a very interesting and uncertain match with 72:71 (20:17, 17:20, 19:20, 16:14). In the match that was played without the presence of the audience in the Hall of sports Ranko Zeravica, coach Vladimir Jovanovic’s team had a victory in their hands in the finish, but Cibona had a chance to win after a unsportsmanlike foul. With the result of 72:70 for Mega for five seconds until the end, Prkacin hit one free throw and after a good defense by Simonovic, he was not precise, so Mega finally came to a well-deserved triumph, 11th in the regional competition this season.

The best in Mega’s ranks were Filip Petrusev with 22 points and 7 rebounds, as well as Marko Simonovic with 20 points and 9 rebounds. Roko Prkacin stood out in the Cibona with 17 points. 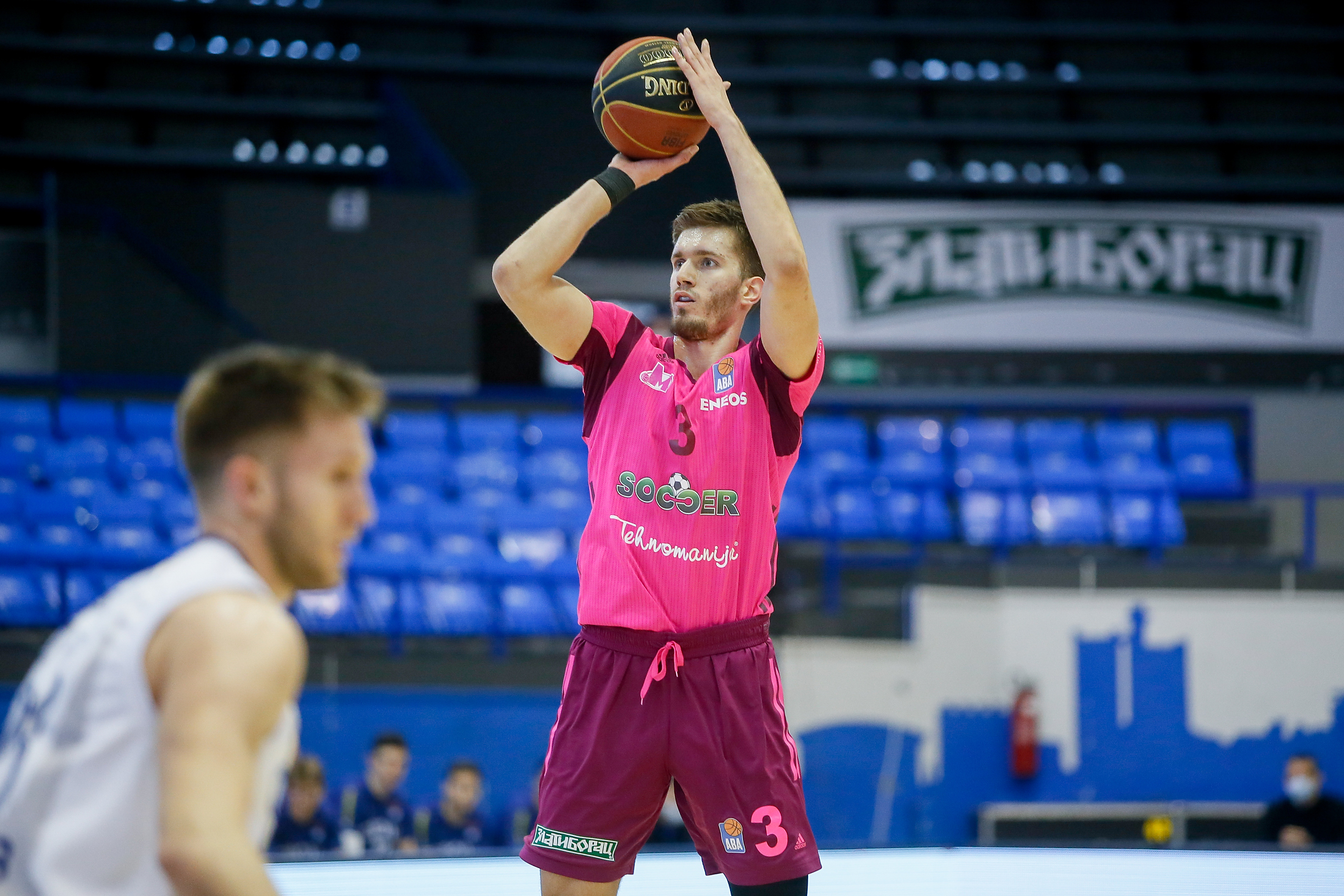 After 16 rounds of the ABA league, Mega Soccerbet has 11 wins and 5 defeats, while Cibona has a score of 3-10 with three matches less. In the next round, Mega will play away against Crvena zvezda mts on Monday, February 1, at 6 p.m.

Vladimir Jovanovic started the match with the following five: Smith, Tepic, Momirov, Simonovic, Petrusev. A few turnovers on both sides at the beginning of the match, but the guests use it better, so the result after four minutes of the game is 4:8. Petrusev hits his second three, and after Cibona’s points, Simonovic hits with tip in under a foul, and then he is accurate for three points from the side for the lead of Mega 13:12. After entering the game, Cazalon manages to force free throws, and then Langovic scores points for Mega from the paint, so the result is 20:17 after the first quarter.

Petrusev and Smith hit from the paint at the beginning of the second quarter, and after the assist of Cazalon, Petrusev dunked for 27:23. Excellent defense of Cerovina, who after the steal from the floor passes the ball to Petrusev, who in the counter scores for two plus 1. Another good defense of Mega followed, and then in the counter Momirov hits a three for plus 10, 33:23 and a time-out by coach Cibona. The guests managed to connect the lines, so little by little they managed to reduce Mega’s advantage to only three points, 34:31 with a little less than three minutes until the end of the half. Mega fails to score from the next few attacks, so Cibona equalizes. However, Mega manages to defend two attacks of Cibona, and in the counter-attack in the last seconds, Simonovic scored under a foul for 37:34. However, in the remaining time, Bilinovac hits full court three-pointer for 37:37 after 20 minutes of play.

Cibona opened the second half with a series of 0:6, but Mega responded with a great lay-up by Smith and a triple by Simonovic. After entering the game, Cazalon hits a three-pointer for a draw, 45:45 after four minutes of play, and soon after, Simonovic with new three took Mega to the lead with 50:49. Points for points was played for the next few minutes, so that Cibona reached the advantage of 56:57 with Prkacin’s points after the offensive rebound at the end of the third quarter.

Mega’s excellent defense at the beginning of the last quarter, where they left the guests from Zagreb without a point for three and a half minutes, but on the other hand, they missed the opportunity for a bigger advantage than the three points, 60:57. It was played in mini-series for the next few minutes, and with the result of 66:66, Momirov hit a three-pointer for Mega’s advantage in just over two minutes until the end. After Cibona’s turnover, Petrusev with floater brought plus five for Mega. Cibona reduces the difference to only one point at 10 seconds until the end. Smith was fouled, hits one free throw and then the referees called unsportsmanlike personal foul for Momirov with five seconds until the end. Prkacin hits one free throw and then in the remaining five seconds Simonovic played a good defense on him and Prkačin didn’t scored from mid-range for the great celebration of Mega’s players on the floor. 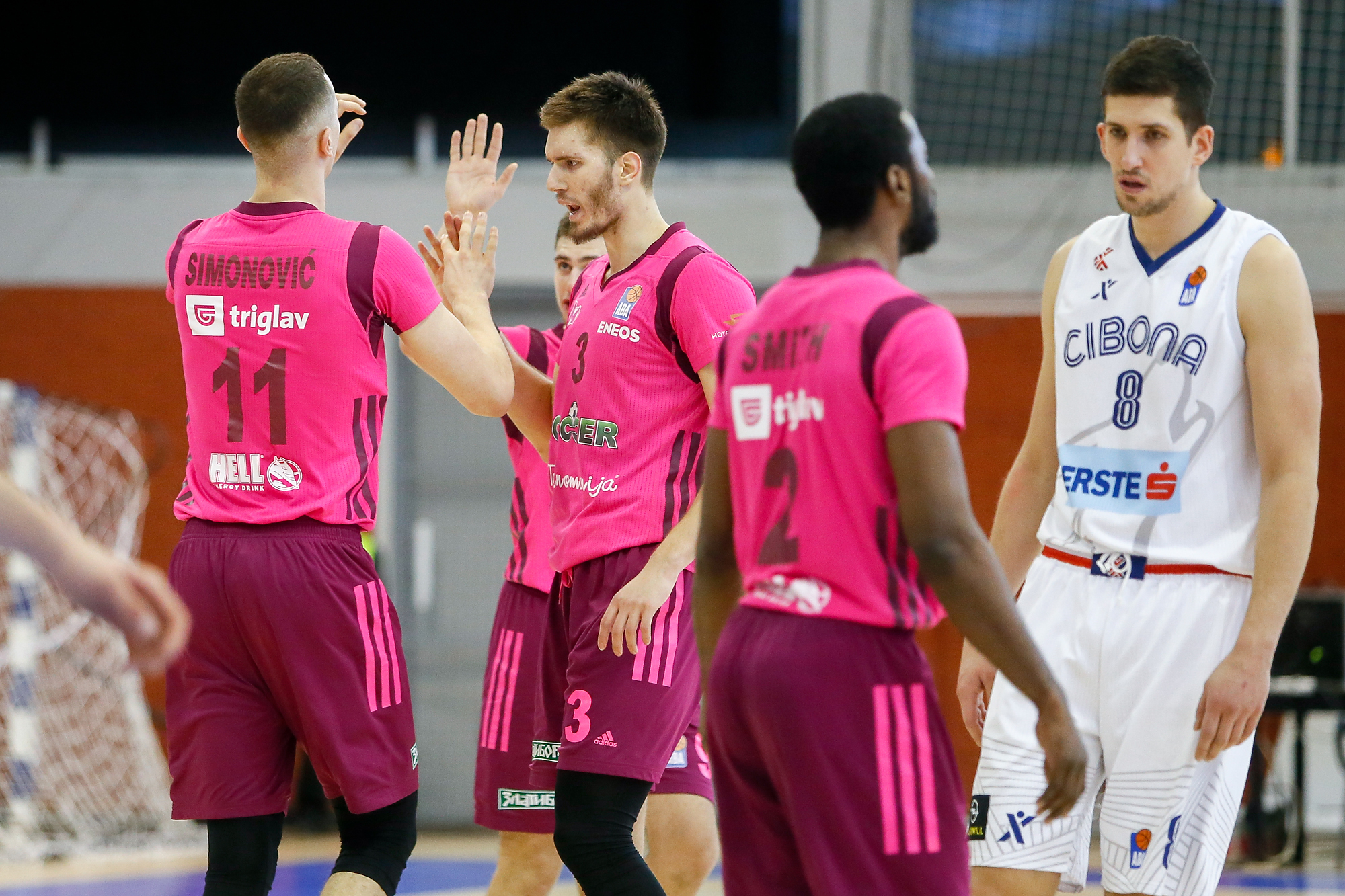 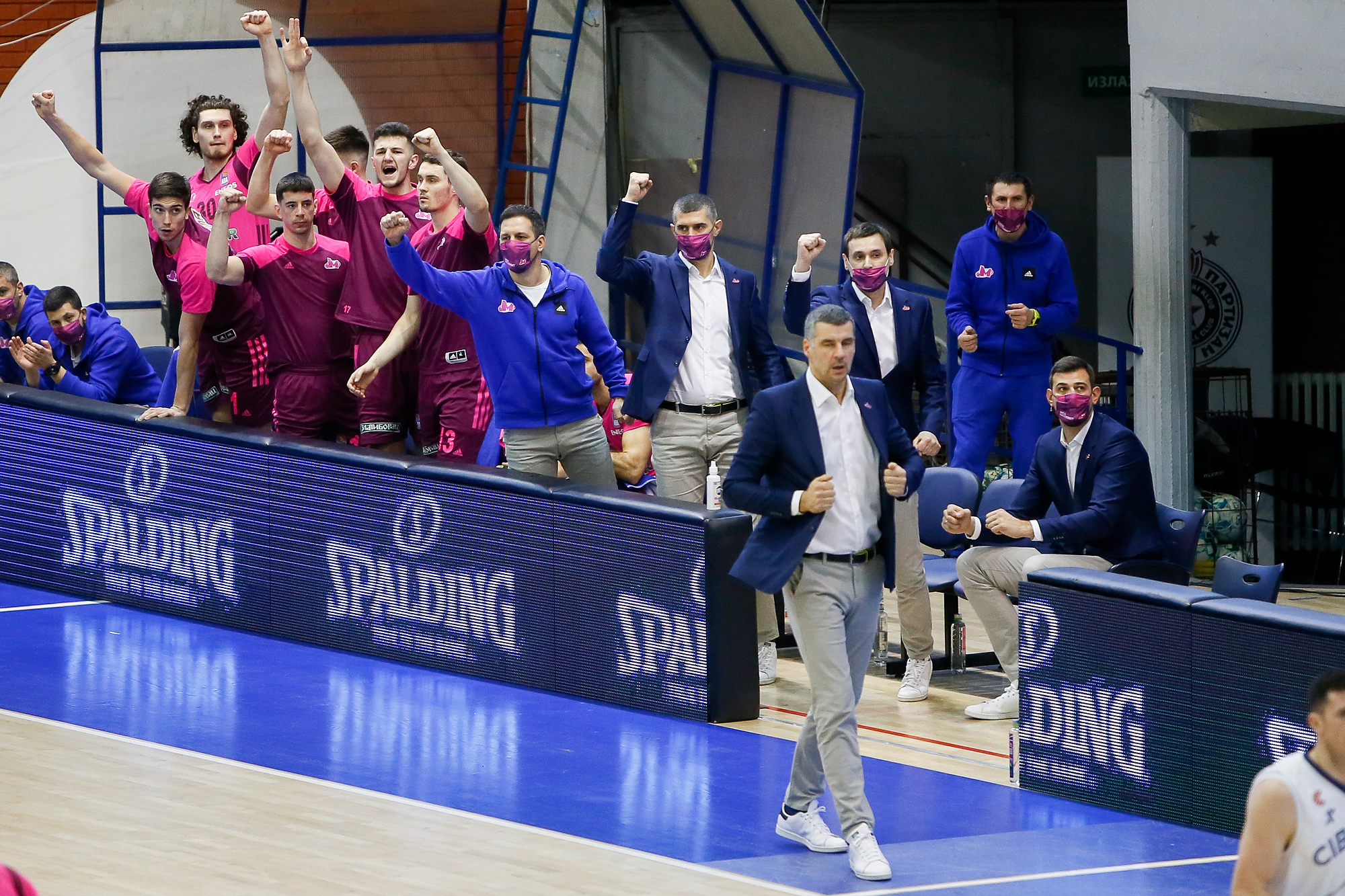