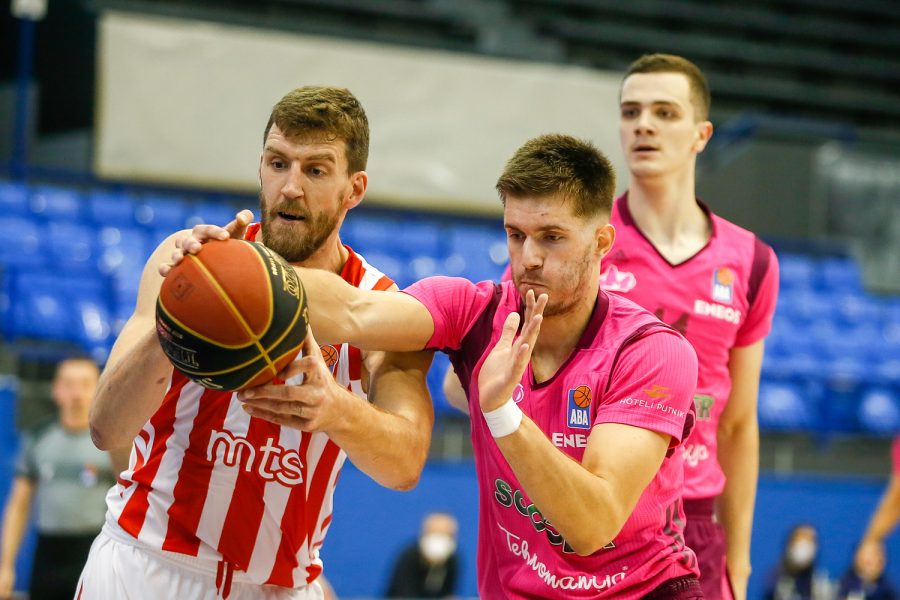 Mega Soccerbet played a great match against Crvena zvezda mts in the 4th round of the ABA league, but the guests celebrated it in an exciting finish with 73:76 (18:24, 17:16, 18:15, 20:21) . In the game that was played without the presence of the audience in the Hall of sports Ranko Zeravica, coach Vladimir Jovanovic’s team returned twice from a double-digit gap of 14 points, and then had an advantage of three points in two and a half minutes until the end, but Zvezda came to victory in an exciting finish, as in the last second Filip Petrusev from an extremely difficult position from over 10 meters missed a shot for overtime.

In this match, coach of Mega could not count on Karo Matkovic and Stefan Momirov, so Nikola Djurisic (16) and Nikola Jovic (17) were in the team for the first time in this seasons.

The most efficient in the ranks of Mega was Filip Petrusev, who, in addition to 22 points, also had 11 rebounds, while Marko Simonović has 16 points and 8 rebounds. Also the great was Milenko Tepic who was close to a triple-double performance with 8 points, 9 rebounds and 8 assists. In Crvena zvezda mts Jordan Lloyd was the most efficient with 19 points. 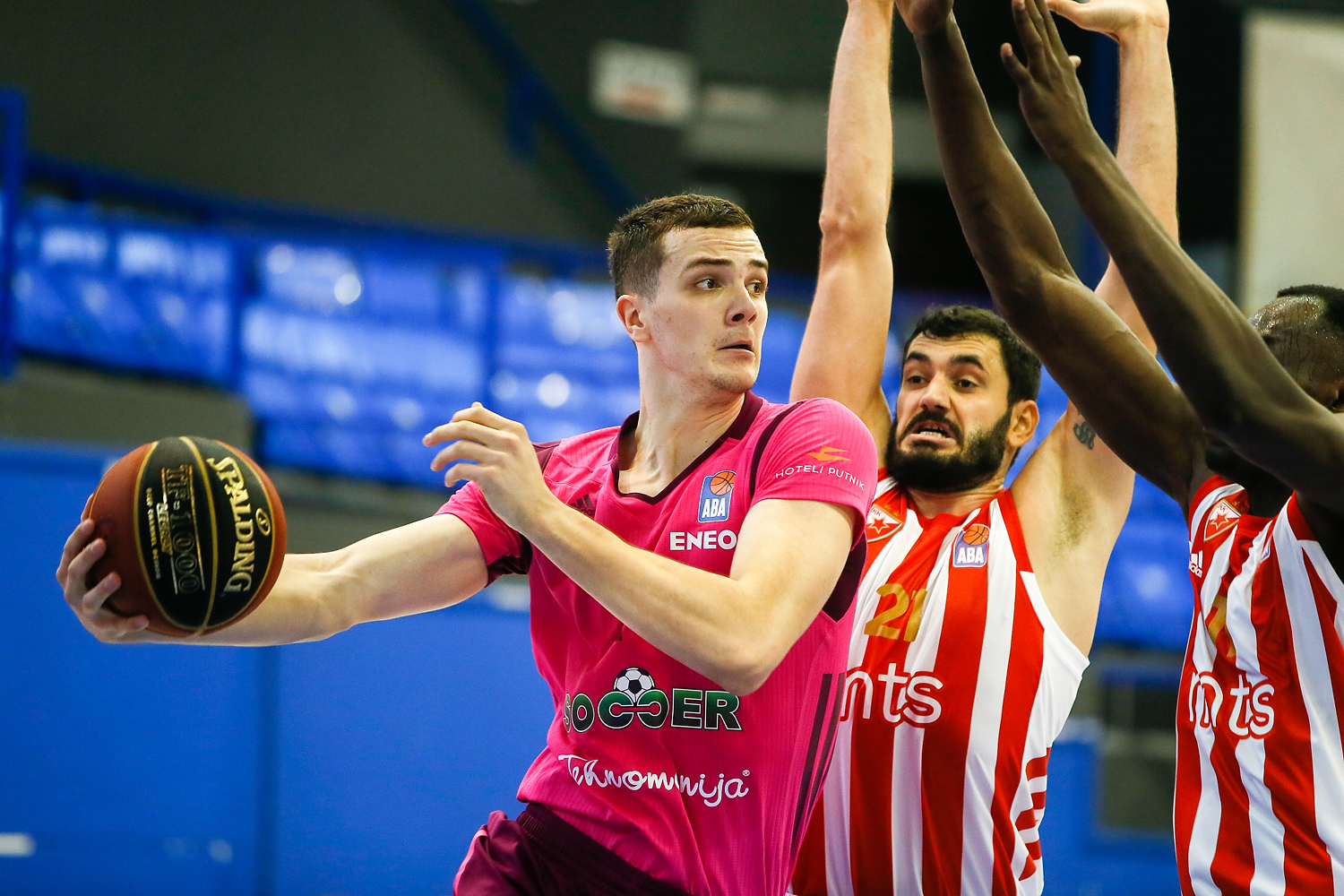 After 4 played rounds of the ABA league, Mega Soccerbet has a score of 3-1, while Crvena zvezda mts is undefeated. In the next round, Mega will play against Mornar in Bar, and the match is scheduled for Saturday, October 31 at 6 p.m.

Vladimir Jovanovic started the match with the following five: Smith, Tepic, Cerovina, Simonovic and Petrusev. At the beginning of the game, Cerovina hit a three-pointer for plus one, and after a somewhat calmer start, Crvena zvezda tied a few three-pointers and separated with a plus 14, 6:20. Post in the attack of Mega interrupted Petrusev with a dunk, and then in a short period of time he tied seven more points, so Mega came to 17:22, a minute and a half until the end of the quarter. Mega had a chance to came even closer, but the first quarter ended with a score of 18:24.

The second quarter begins with Zvezda’s series 8:0, which is interrupted by Smith with a triple. Mega played better in defense, Simonovic scored twice under the basket for plus one and Mega came close to six points, 28:34. Zvezda tried to peel away again with threes, but Tepic retaliated with the same measure, and then set the result at the halftime, 35:40, with the lay-up in the last second.

Slightly slower start of the second half on both sides, with a few missed shots for three points of Mega. After three minutes of the game, Crvena zvezda’s coach was expelled due to an objection. On the other hand, Cerovina and Smith have four personal fouls each. For the next few minutes, a basket for a basket was played, and in a little less than three minutes until the end of the quarter, Cerovina dropped the deficit to only two points. After the time-out and good defense of Mega, Petrusev dunked after Tepic’s assist for 50:50. Lloyd hits the entrance, Cazalon brings to Mega first lead with a triple after the one at the beginning of the game. In the next attack of Zvezda, the unsportsmanlike foul was called to Cazalon in the shot for three points by Lloyd, who was injured during the awkward landing, so the red and whites had the advantage at the end of the third quarter, 55:53. 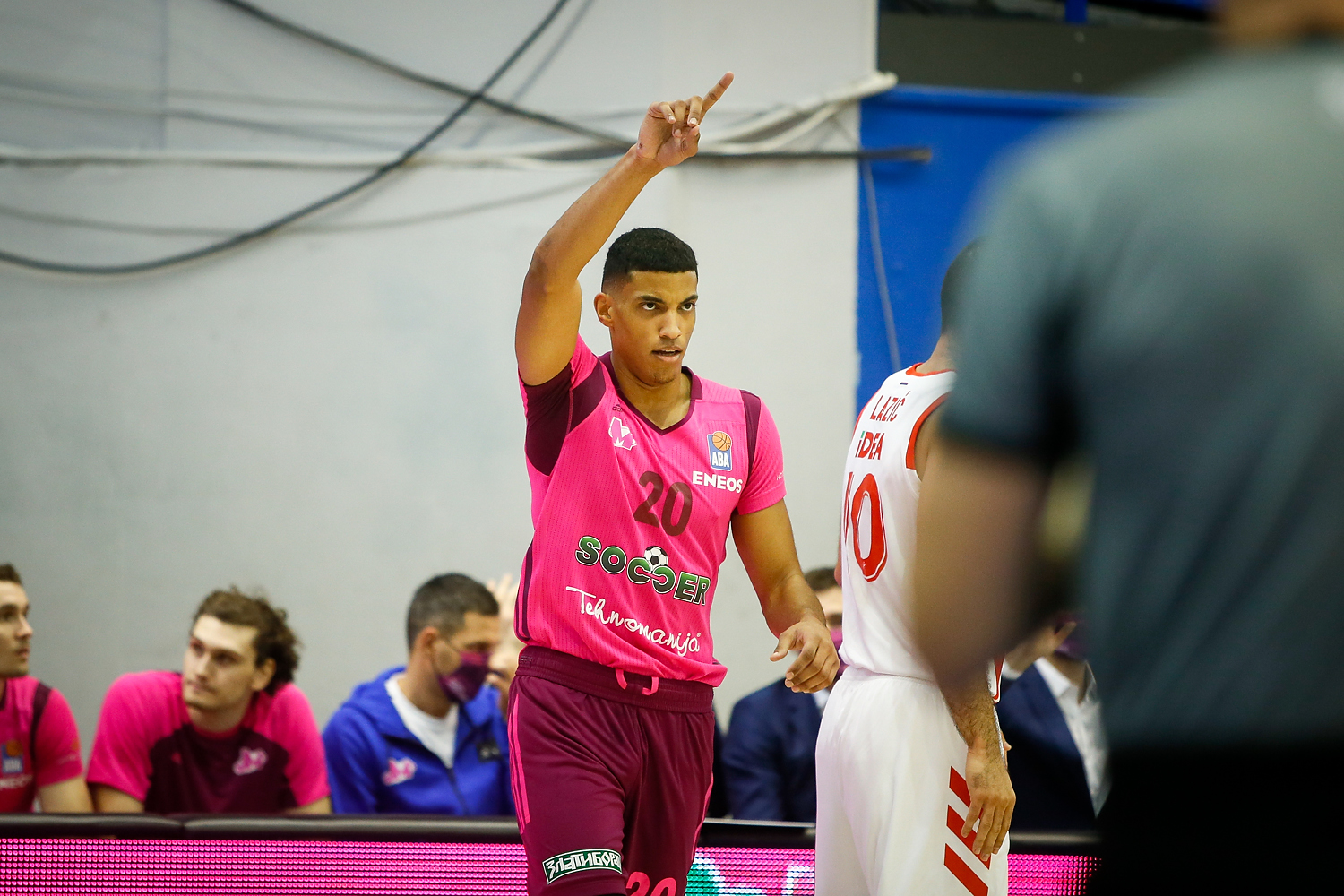 Mega opened the last section with a series of 7:2 with an excellent role of Tepic, took the lead with three points difference, but after two drives of Zvezda and with the result 60:61, Jovanovic requested a time-out, five and a half minutes until the end. The result seesaw followed, so that Smith gave Mega a lead 68:65 with a triple at two and a half minutes until the end. Terry hits under a foul that was the fifth personal Simonovic, and then Jagodic Kuridza lays the ball for plus two for Zvezda. Petrusev brings the equalizer floater from a difficult position. Shortly afterwards, Smith due to the fifth personal foul must go to the bench, Hall hits both free throws, Mega loses the ball on the pass in the next attack, and then Davidovac hits after an offensive rebound for plus four with 16 seconds until the end. Miskovic hits a three-pointer with 6 seconds until the end, Lloyd is immediately fouled and then accurate from the free throw line, and in the remaining time Petrusev from a difficult position from over 10 meters tried a three-pointer to bring overtime, but he was not precise, so Crvena zvezda came to victory. 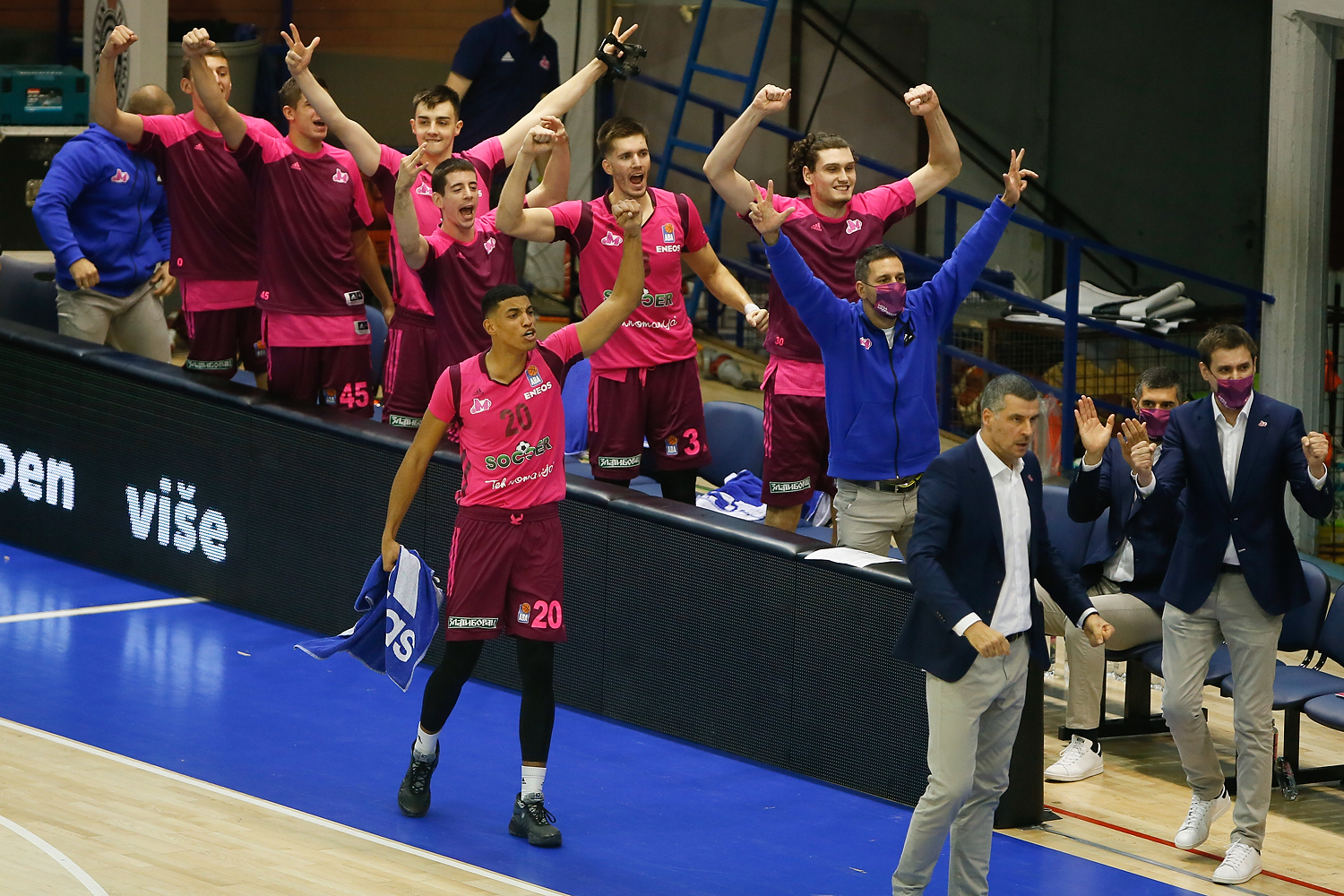