At the start of the jubilee 20th season in the regional competition, Mega Soccerbet team rightly bears the epithet of the most pleasant surprise. In the first two rounds of the ABA league, Mega recorded two victories, but equally significant, along with the triumphs over the favored Igokea and Zadar, is an extremely likable and attractive game that captivates this team. Mega has reunited an extremely young team, one of the youngest in all of Europe, with an average of 20.4 years, and with the new coach Vladimir Jovanovic, who succeeded Dejan Milojevic after eight years at the head of the coaching staff, suggests that it could be right refreshment.

Jovanovic’s team is captivated by the fluttering game and selflessness, with more than 26 assists on average in the previous two games, and the great tandem of NBA prospects under the basket Marko Simonovic – Filip Petrusev, in the match with Zadar received deadly burst support outside the 6.75 line in the form of Stefan Momirov. The fighting guard scored as many as seven three-pointers from nine attempts and thus gave an immeasurable contribution to the second consecutive victory.

– I think that it was crucial for the victories in these two matches that we prepared well. The fact is that we had more time for the duel with Igokea, we entered very concentrated and aggressive from the first moment and in the end it turned out that if we play engaged for all 40 minutes, it is much easier to reach the desired goal. I’m not saying that it was easy in that first match against Igokea, but it is evident that we came to the triumph much easier and faster than against Zadar. The reason for that is that against Zadar in the first half we were not up to the task, we made a lot of mistakes. However, in the other 20 minutes we played much better, and the key was the last quarter in which we were maximally concentrated and with great energy, in the end we deservedly celebrated – Momirov summed up his impressions, and then said about his great shooting performance:

– It’s like I felt it was my day. The first point in the game was three pointer, then I just continued in the same rhythm. I did not hesitate, I had the huge support of teammates who believed in me, I shot from open positions and luckily I scored. I am glad that the effort and work paid off.

Stefan Momirov comes from a basketball family. His mother Snezana is a former member of the national team, his father Jovica played in Vrsac for a long time, and he also defended the colors of Profikolor:

– I started training early, at the age of seven – Momirov continues the story and adds:

– I have always been in a basketball environment. It is interesting that my mother took me to the preparations when I was still a baby. I went to practices with her as a child, I spent a lot of time in the basketball hall, so I quickly fell in love with basketball. It is obvious that I have basketball in my blood, the only way I can describe my obsession with this sport. I get really useful advice from my parents, we sometimes analyze the games and my game, but still the biggest support is my sister Sara, who is my most loyal fan. 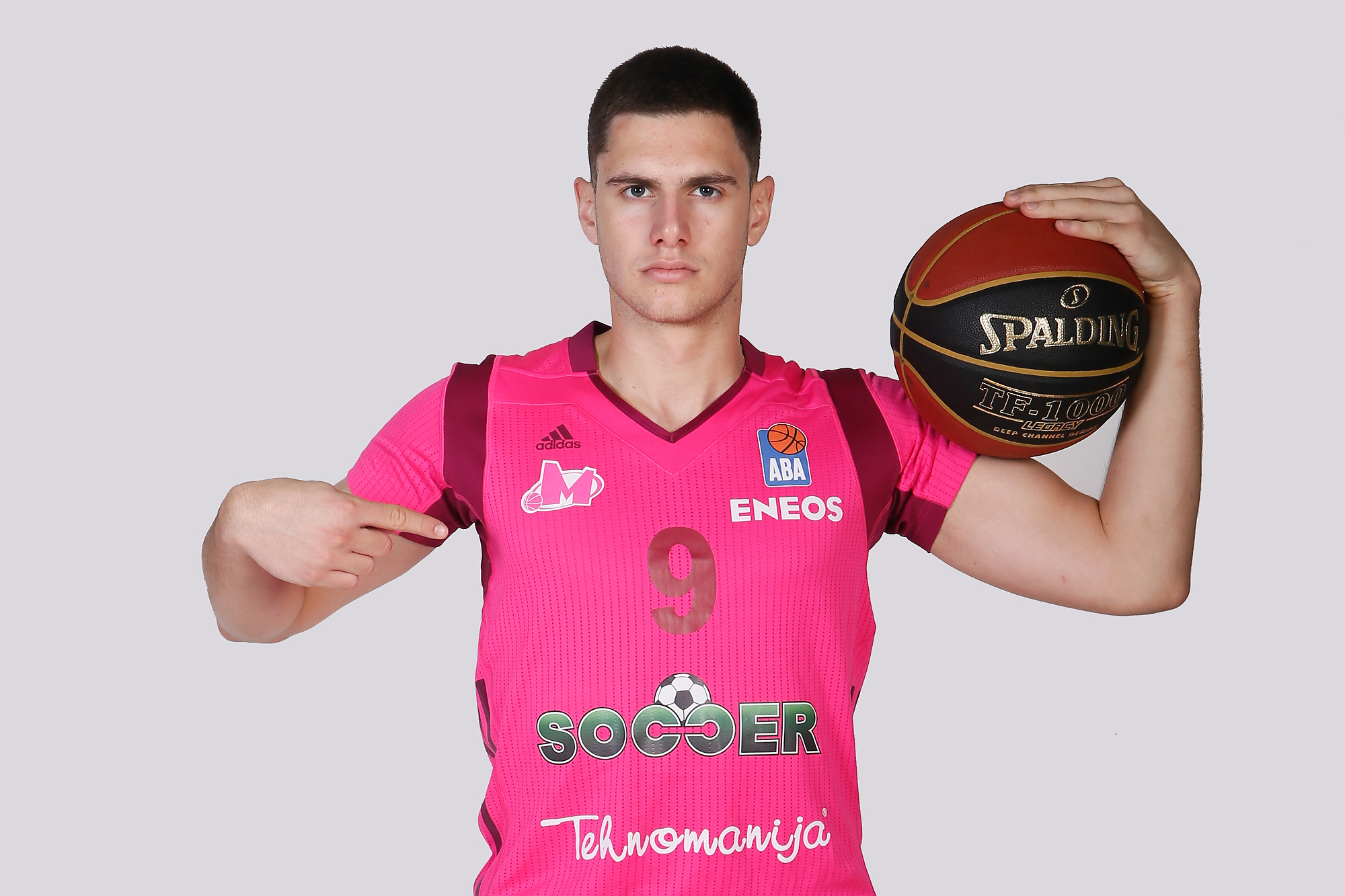 The 20-year-old guard passed Zvezda’s junior categories, won gold at the European Championship in 2018 with the junior national team, and after an episode in FMP and playing in Vrsac in the ABA 2 league, he joined Mega this summer. And, it immediately fit in great:

– I am very satisfied with the conditions, the coaches in the coaching staff, the people in the club, my teammates. Everything somehow coincided, the atmosphere that Luka Cerovina always warms up with jokes is great, I am very happy and that probably reflects on my game as well. I was accepted in the best possible way, and the most important thing is to work very well. In the hall Mega Factory where we practice, on the walls are big posters of guys who ended up in the NBA league that I look at every day. And believe me, it is much clearer to me now how they got to the strongest league in the world when I saw how much and in what way is worked with young players in Mega. We are really given a lot of attention, it allows us to dedicate ourselves to practice to the maximum, everything is easier for us, and yet we do not have too much pressure.

The next match Mega plays away against Cibona, and given the situation on the table and shown in the first two rounds, Mega could play the role of the favorite in that match:

– We are too young a team to be called the favorite in any game. Ours is just to prove ourselves again and again on the field and it doesn’t matter if we are the favorites in the announcement of a game, it is only important that we come out as winners in the end. I think that the first two rounds do not give a realistic picture of Cibona’s quality and that they will certainly be a tough opponent. We are in a good rhythm, we want a new triumph, but it will not be easy.

About the ambitions and ultimate goals of this season, Momirov said:

– It is difficult to make any predictions, but we always have the highest goals. We are a team with a lot of potential, and as our coach Vlade Jovanovic says, we should live in the given moment and be the best version of ourselves. We will see where all that will take us – Momirov concluded.