In the last three weeks, the all-time ideal teams were selected by voting on the ABA League website from players who played for them in the regional competition, and in the extremely strong competition, the best five pf Mega Bemax were selected, consisting of: Vasilije Micic, Timothe Luwawu-Cabarrot, Rade Zagorac , Nikola Jokic and Goga Bitadze.

The top five option included all players who have played for Mega since the 2013/14 season when our team played in a regional competition for the first time, and interestingly, all five players were selected in the NBA draft while playing for Mega. Of those five, four players went directly from Mega to the NBA, while the fifth, Vasilije Micic, is one of Europe’s top point guards today.

On the position 1 is Vasilije Micic, who played in Mega from 2010 to 2014, and in the last season he played great games in the ABA league while being selected as MVP in the Radivoj Korac Cup. In the 2014 NBA Draft, he was selected by Philadelphia as the 52nd pick. Micic meanwhile, has become a Serbian national team member, and this season has proven that he is one of Europe’s best point guard as he has continued to play brilliantly in Turkey’s Efes, currently the first-ranked Euroleague squad, with Vasa averaging 14.5 points and 5.8 assists per game. 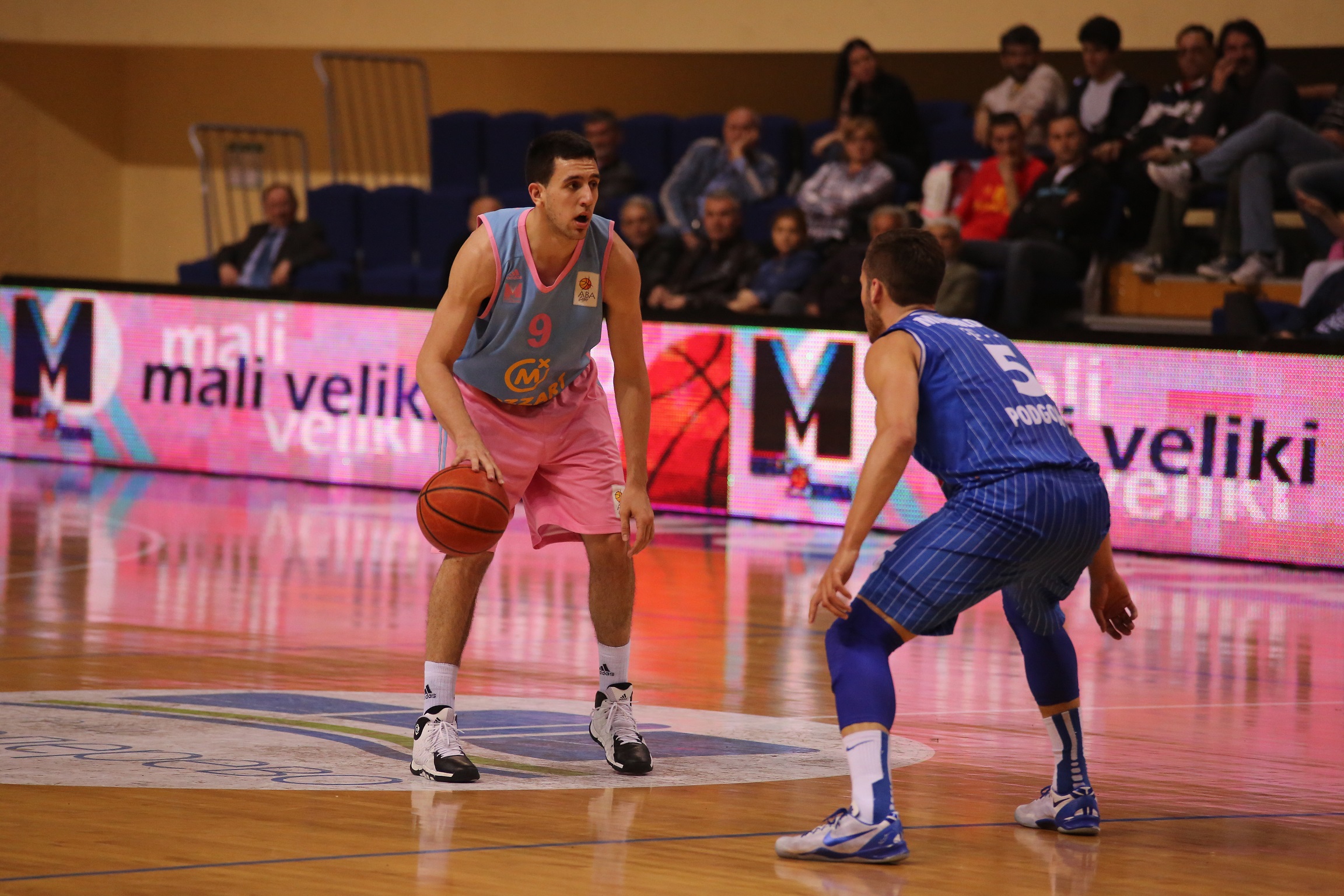 On position 2 is French national team member Timothe Luwawu-Cabarrot, who came to Mega in the summer of 2015 from French second-division team Antibes, and with Mega in the 2015/16 historic season he won Radivoj Korac Cup and advanced to the finals of the ABA League playoffs. He recorded 14.6 points and 4.8 rebounds per game in the regional competition and was also selected in the ABA League’s Best team. In the 2016 NBA Draft, he was selected as the 24th pick by Philadelphia, for which he signed in 2016 and today is a member of the Brooklyn Nets. 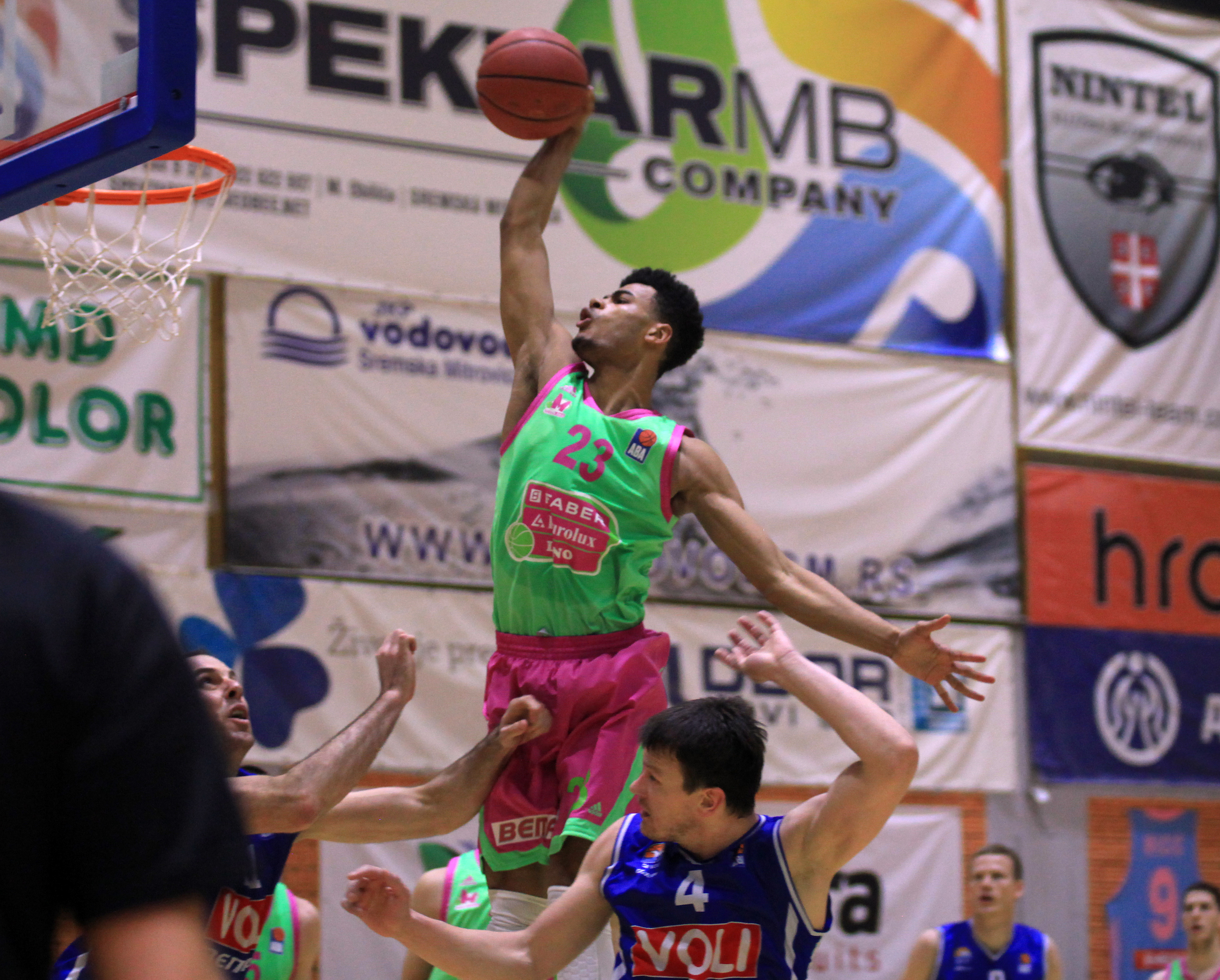 At position 3 was selected Rade Zagorac. Zagorac came to Mega in 2011, where for the next six years he participated in the club’s greatest successes in history. As captain, in the 2015/16 season, he led Mega to the first trophy, Radivoj Korac Cup, and then to the second biggest success, reaching the finals of the ABA League playoffs. In the 2016 NBA draft, he was selected as the 35th pick by Boston from where he was immediately forwarded to Memphis. He signed a multi-year contract with the Grizzlies during the summer of 2017, and this season he is one of the leaders of Partizan NIS, with which he was the first team in all competitions in which they played. 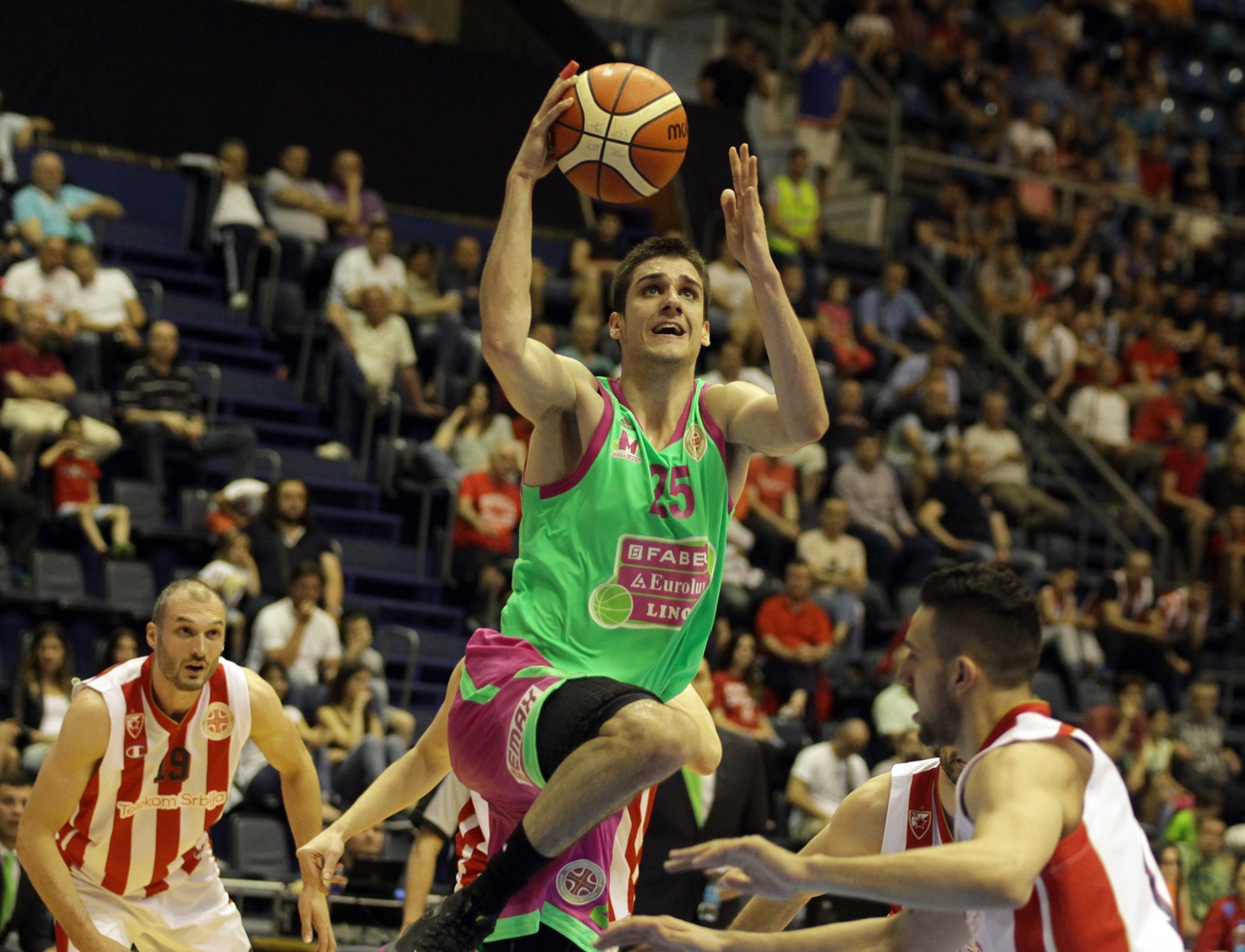 At the Power Forward was selected Nikola Jokic, today the Denver Nuggets basketball player and one of the NBA’s biggest stars, and officially the best center of the strongest basketball competition last season when he broke many individual NBA league records. Jokic came to Mega in 2012 at the age of 17 and for the next 3 seasons he has provided great parties where he has hinted what talent he is. In the 2014 NBA Draft, he was selected as the 41st pick by the Denver Nuggets and in the 2014/15 season he was selected the ABA League regular season MVP by averaging 15.4 points, 9.3 rebounds and 3.5 assists. He joined the Nuggets in the summer of 2015. From the very beginning, he showed what a talent he is and what is he capable of. After being selected as the NBA All-Rookie first team, in the meantime he became a Serbian national team member and played in two NBA All-Star matches with the already mentioned selection in the All-Nba first team NBA in the season 2018/19. This season he went on with great games in Denver where he averaged 20.2 points, 10.2 rebounds and 6.9 assists per game. In terms of triple-double performance in the NBA, with 44 so far he is ranked in the top 10 of all time, and the first of all European players. 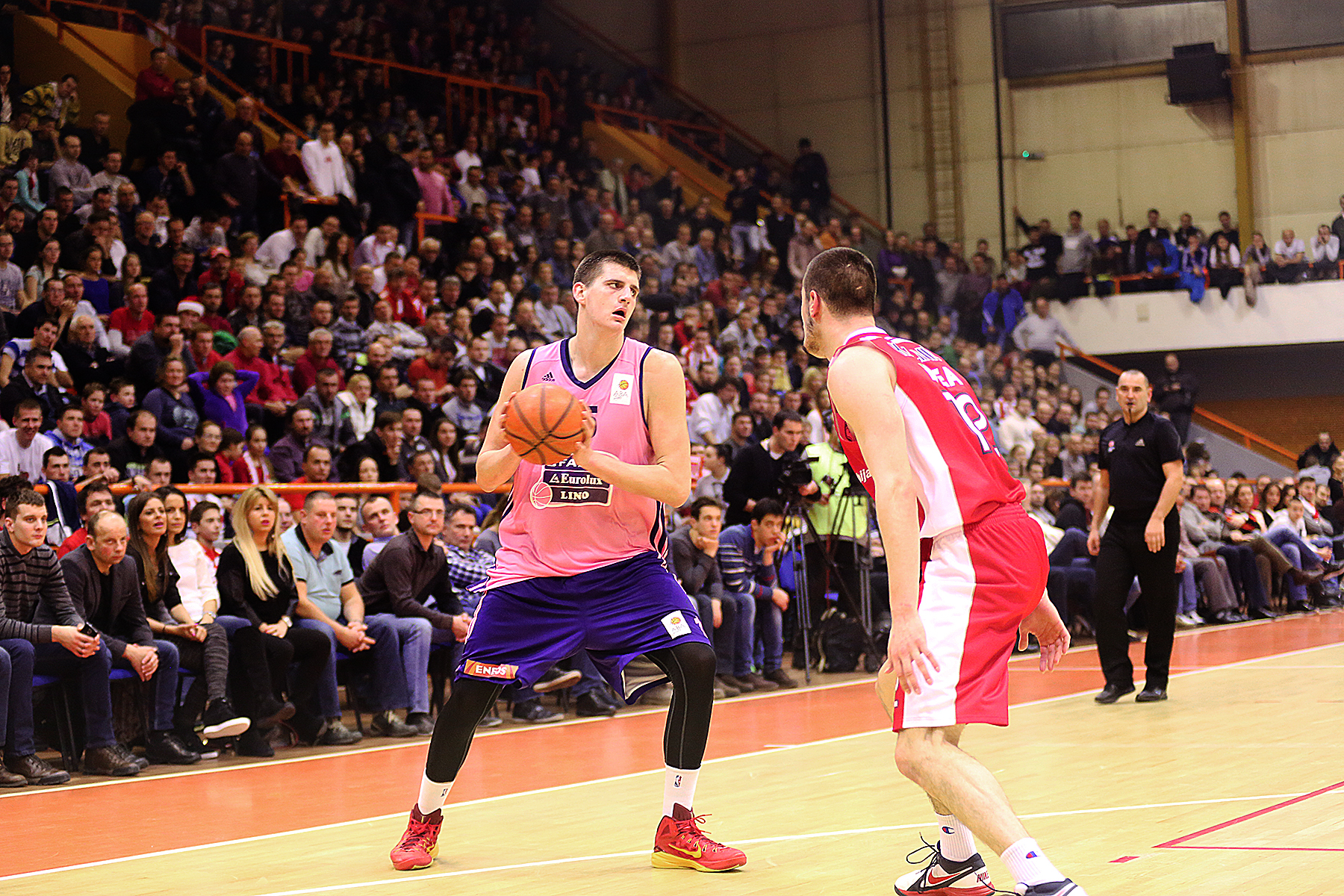 In position 5 is Goga Bitadze, a Georgia national team player and today an Indiana Pacers basketball player. Goga during the summer 2015 came to the Mega at the age of 16 from the Georgian team Vita Tbilisi, to win the Serbian Champion title in the first season with the U17 selection of Mega. He played with the juniors on two occasions in the Junior Euroleague final tournament, where his greatest success was the placement in the 2017 finals in Istanbul, when he was selected in the Best team of the tournament. With U19 Mega Bemax he won U19 ABA League when he is also selected as MVP. In the meantime, he also became the standard senior Georgia national team player. Bitadze played two extremely successful seasons for the first Mega team, and in the past 2018/19 season he was selected MVP of the ABA League Regular season as well as the Superleague’s MVP, where he averaged 19.7 points, 7.8 rebounds, 2.2 blocks per with a PIR 25.7 in 21 minutes per game. During his four-month loan to Buducnost VOLI, he was selected as the Euroleague’s Rising Star for the 2018/19 season. In the 2019 NBA Draft, he was selected as the 18th pick by the Indiana Pacers, with whom he signed a four-year contract during the summer of 2019. 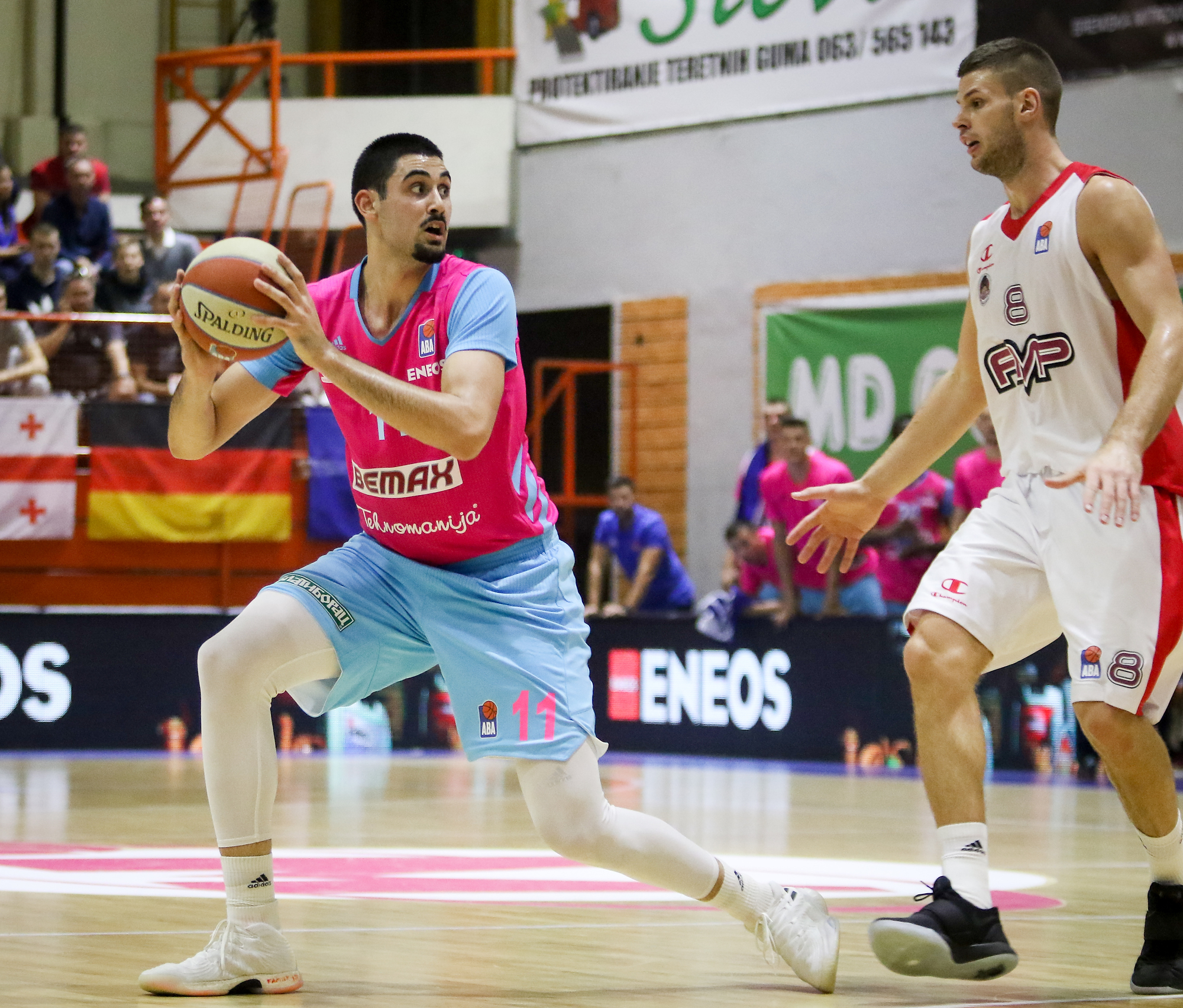