Mega Bemax played a fantastic match against Crvena zvezda mts, they had a win in their hands, but the red-whites with three of Baron reached the final of the Radivoj Korac Cup with 79:80 (24:17, 9:23, 27:18, 19:22). Coach Dejan Milojevic’s players had a plus 5 in the final minute, but Zvezda with two Baron triples came to victory. Eventually Perry had a second for the shot, he tried a three-pointer from the corner, but his shot ended up on the hoop.

Most effective in the Mega’s ranks were Kendrick Perry with 20 points and Marko Simonovic with 13 points. In Crvena zvezda featured Kevin Punter with 22 points and Billy Baron with 18 points. 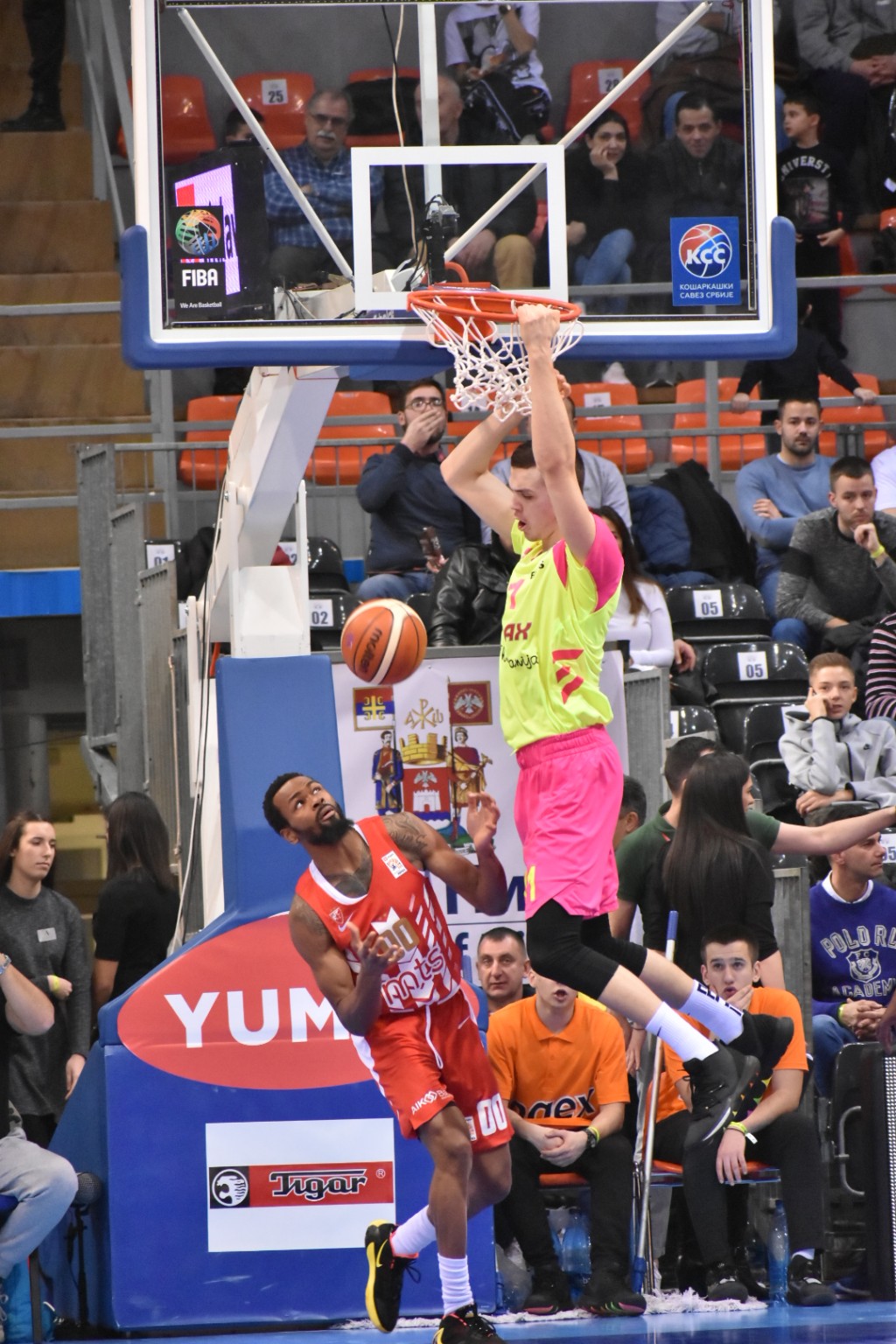 Milojevic started the match with five Perry, Asceric, Atic, Miskovic, Simonovic. Good energy from Mega at the start and eight points by Miskovic with two threes, while on the other side Baron hits some hard shots for Zvezda. Perry hit three under a foul and brought Mega 12:10 lead. Point guard of Mega continues with a great game, so after a new three and a great assist behind the back for Tanaskovic Mega increases the lead, and Asceric with three put the point in the first quarter for 24:17.

Simonovic dunked hard in the first attack in the second quarter, but was followed by a weaker period in the attack as Zvezda was hitting on the other side. The Red and Whites make the series 0:15 and move into the lead 27:34. Asceric’s jump shot interrupts bad run of Mega which managed to slow down Zvezda in the attack and come to 33:36. Still, Zvezda with points of Stimac and Punterr went on a breka with a 7-point advantage, 33:40. 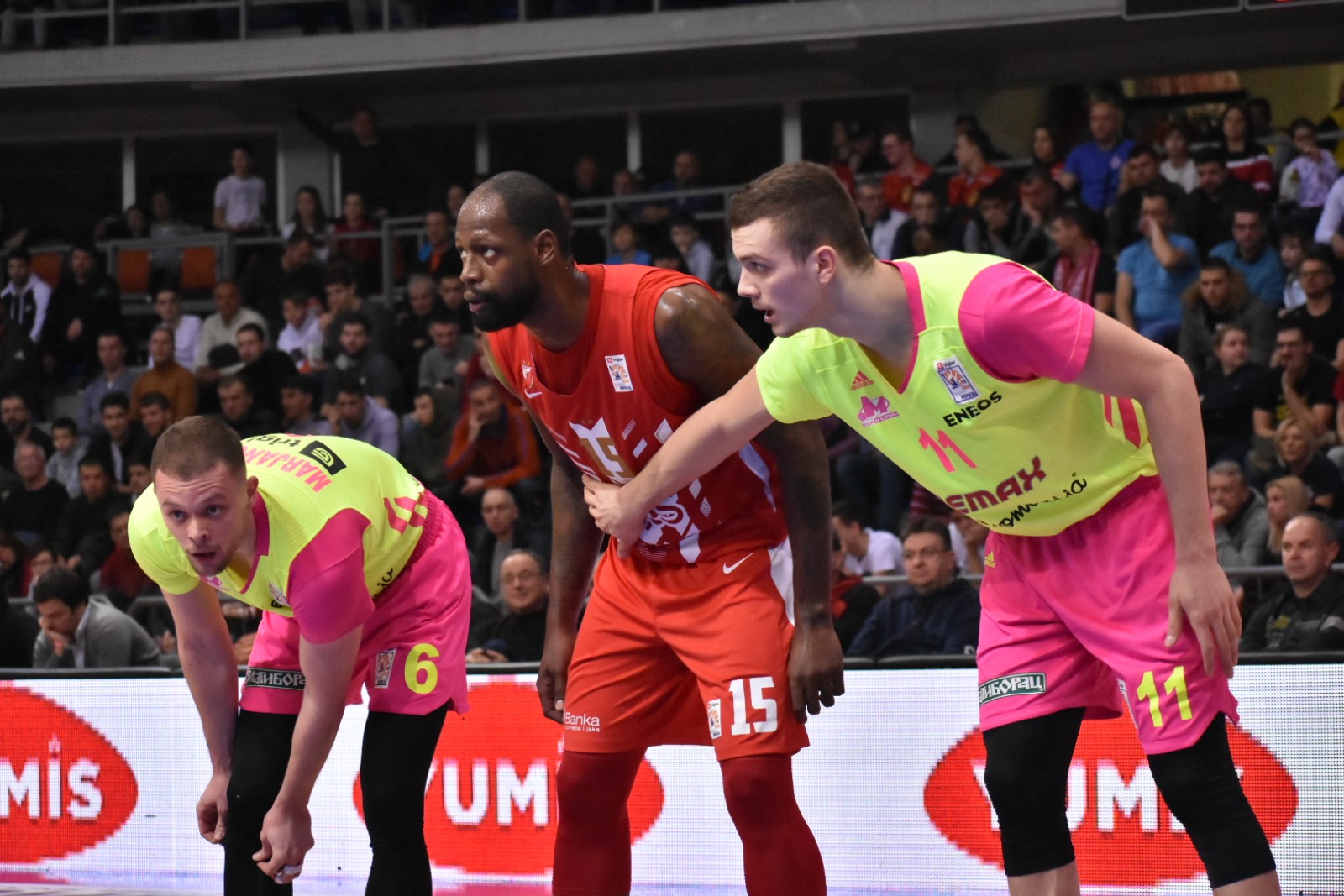 Mega went strong in the second half, Perry was brilliant on both sides of the field and then Attic tied 9 points for the run 14-2 and a lead of 47:42 after 3 minutes of play. Cerovina is excellent in defense and on the other hand hits flouter and triple for plus 8, 54:46. Mega held lead until the very end of the quarter when Crvena zvezda with points of Punter and Gist came to just 2 points, 60:58 after 30 minutes of play. 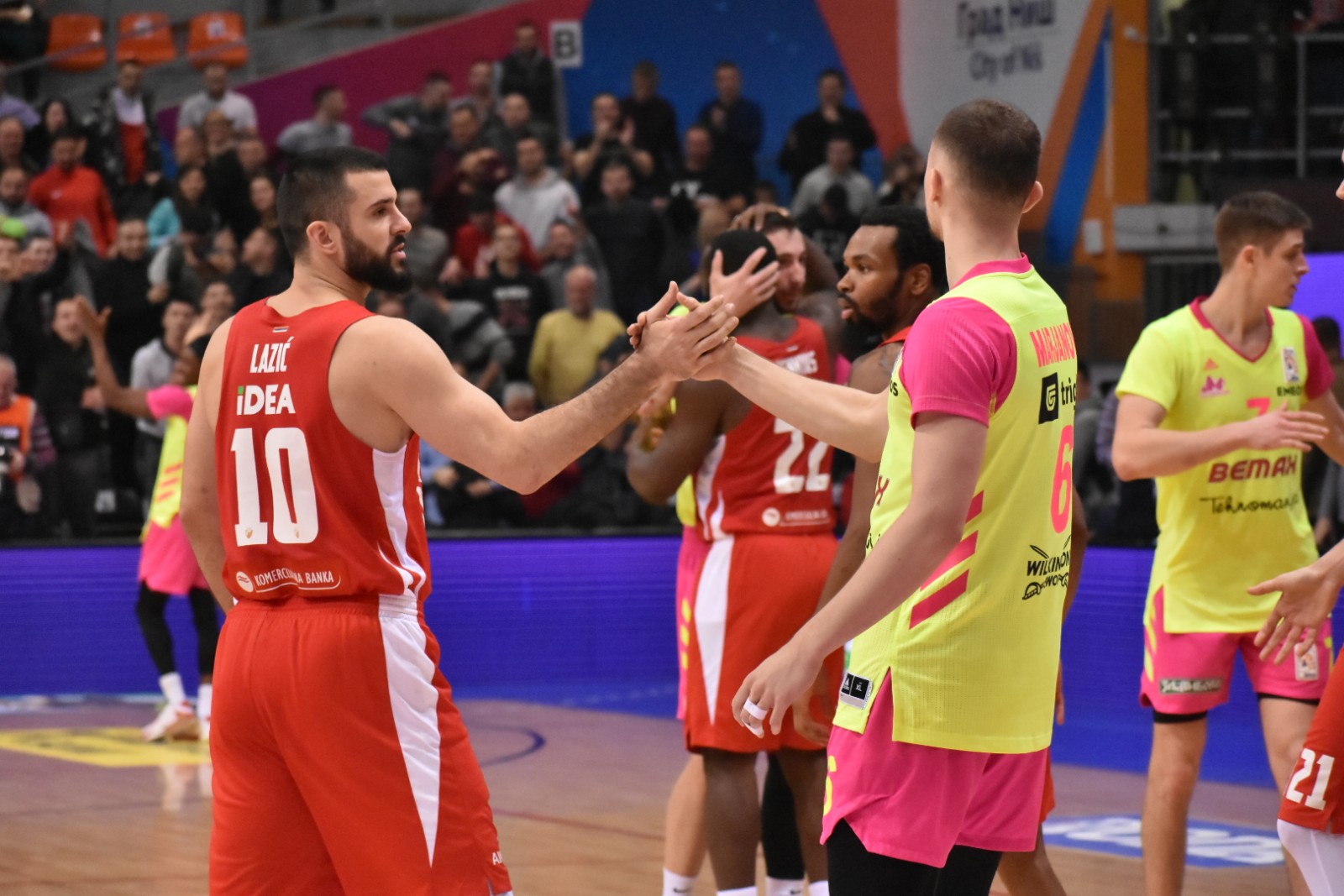