Mega Bemax’s basketball players made it to the semifinals of the Radivoj Korac Cup after beating Sloboda from Uzice with 82:73 (24:22, 15:25, 25:16, 18:10) in the quarterfinals. Mega was trailing 11 points in the middle of the third quarter, but with the run 22:1 in 7 minutes of the game turned the match in their favor and came to victory and placement to the semifinals.

The most effective in the Mega’s ranks was Marko Simonovic with 32 points, who added 13 rebounds. Former Mega’s player Stefan Simic stood out in Sloboda with 18 points.

Mega Bemax will play in the semifinals against Crvena zvezda mts, who beat BKK Radnicki with 107:67 in the second quarter-finals, and the match is scheduled for Saturday, February 15 from 5pm in the Cair Hall in Nis. 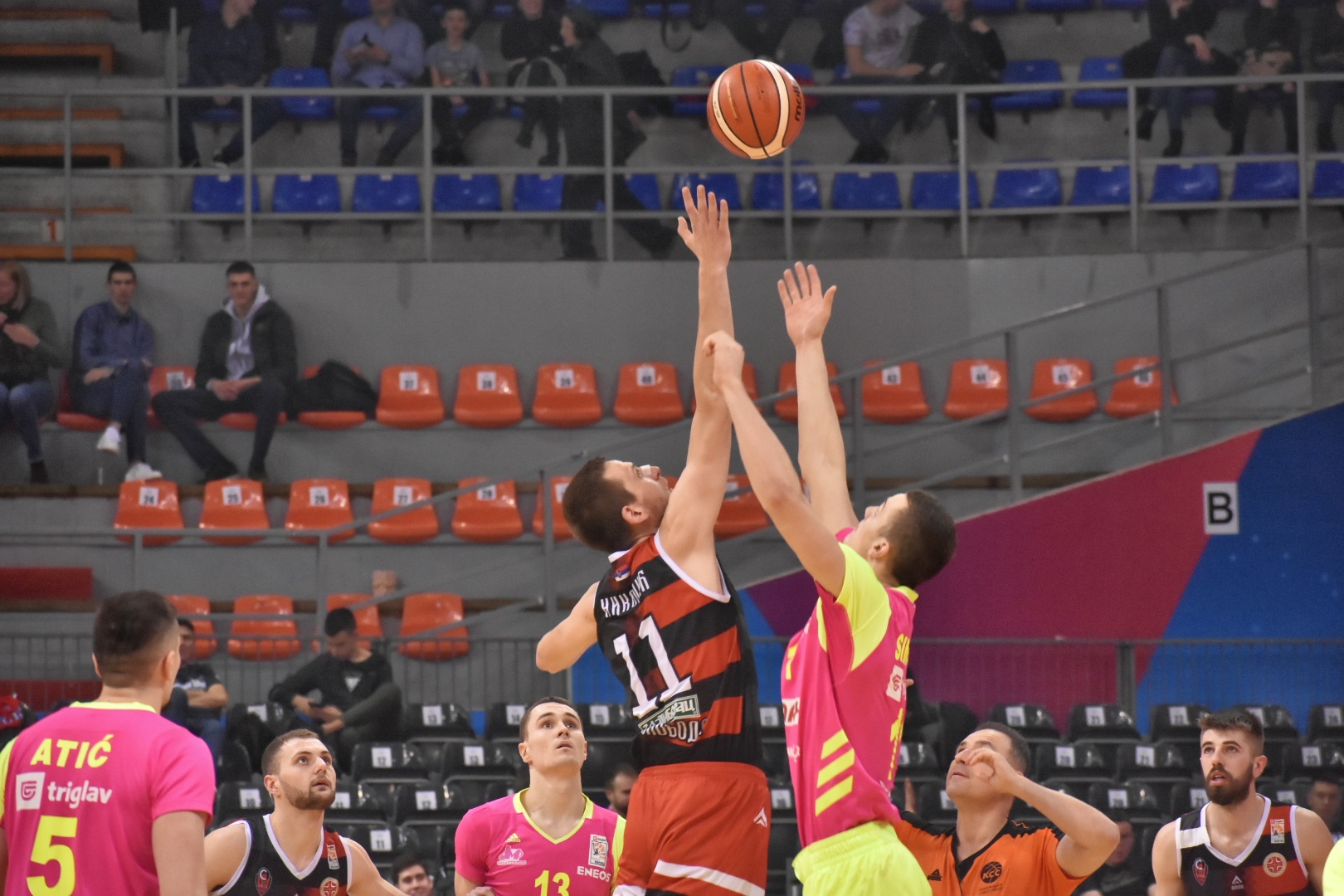 Milojevic started the match with five Perry, Cerovina, Atic, Miskovic, Simonovic. At the beginning of the match, Simonovic and Miskovic hit threes, but on the other hand, Mega’s defense allowed a few offensive rebounds to Sloboda, so the score after 4 minutes was 9:10. Mega played better in defense, which brought easy points from paint for Simonovic and Atic so that with points of Miskovic led 19:12. However, Sloboda managed to reach to only 2 points in the finish, so the result after 10 minutes was 24:22.

The teams changed in leads throughout most of the second quarter, with Miskovic briefly forced to the bench due to a hand injury, but later returned to play. However, with 40 seconds until the the halftime with result 39:42  due to the protest of coach Mega in one situation under the basket, referee Glisic on the other side of the field ran and assigned one and then another technical foul to Milojevic who had to leave the bench of Mega. Sloboda from free throws and a three point line increases their plus point to 8 points, so the result at halftime was 39:47.

Mega was playing better in defense early in the third quarter, Simonovic was unstoppable under the basket, but Sloboda managed to score from difficult positions and at the end of the attack several times and reached plus 11. With the entry of Marjanovic and Tanaskovic, the turn of Mega began. With a score of 53:62 at 3 and a half minutes until the end of the third quarter, the fantastic Mega’s run have starts. Mega’s fantastic team defense completely halted Sloboda’s attack, and then Tanaskovic, on the other hand, from the difficult situations and offensive rebounds in the attack melted away minus and then gave Mega 64:63 lead for 4 seconds until the end of the third quarter. 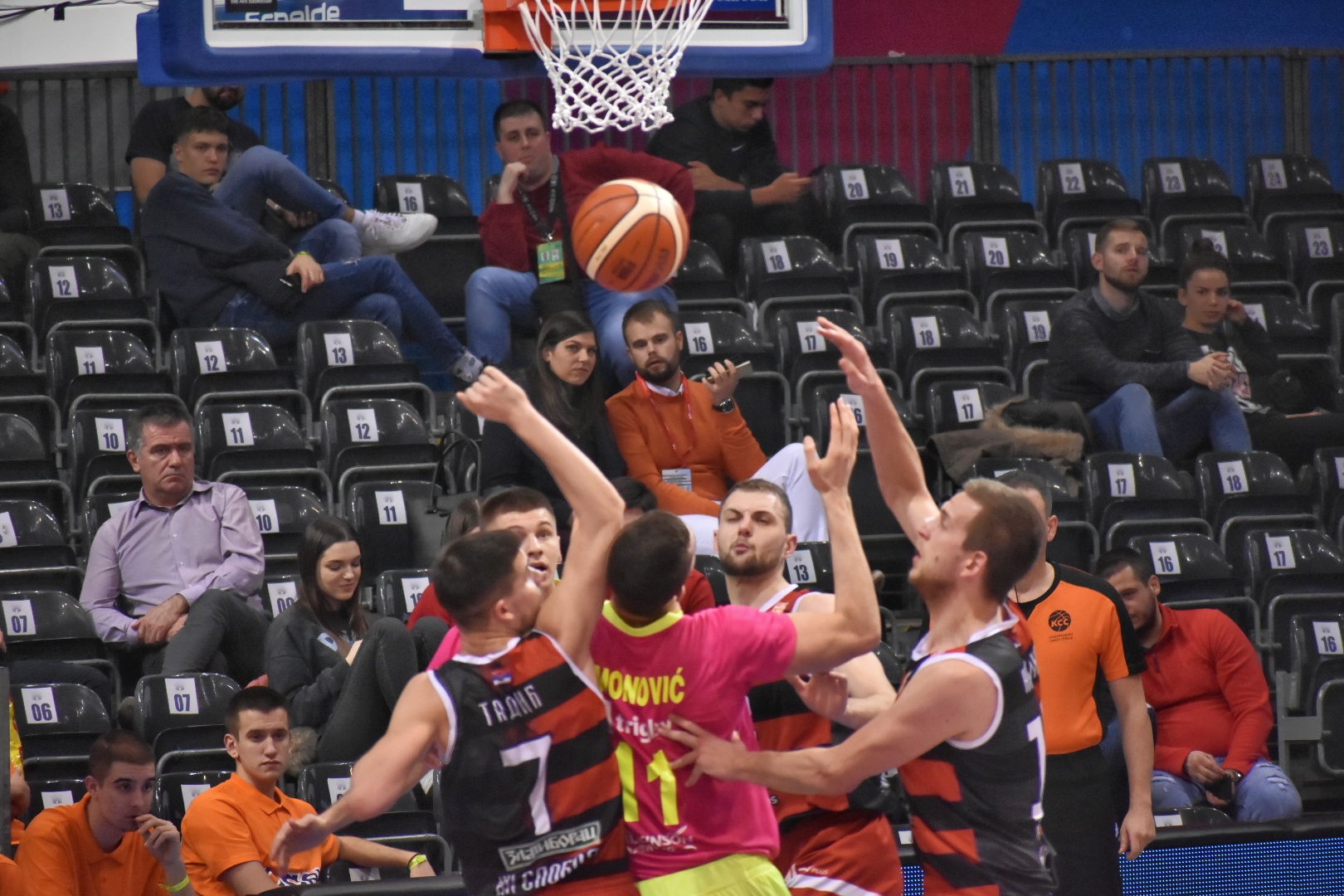 The fantastic Mega’s run continued in the last quarter, where Sloboda was left in just 7 minutes with only 1 points scored and  22 points received. Mega with blocks and then effective counter-attacks led 75:63 in the middle of the last quarter. By the end of the match, Sloboda was able to come to 6 points difference at one point, but Asceric hit a three, Mega successfully repelled the attack for the final 82:73. 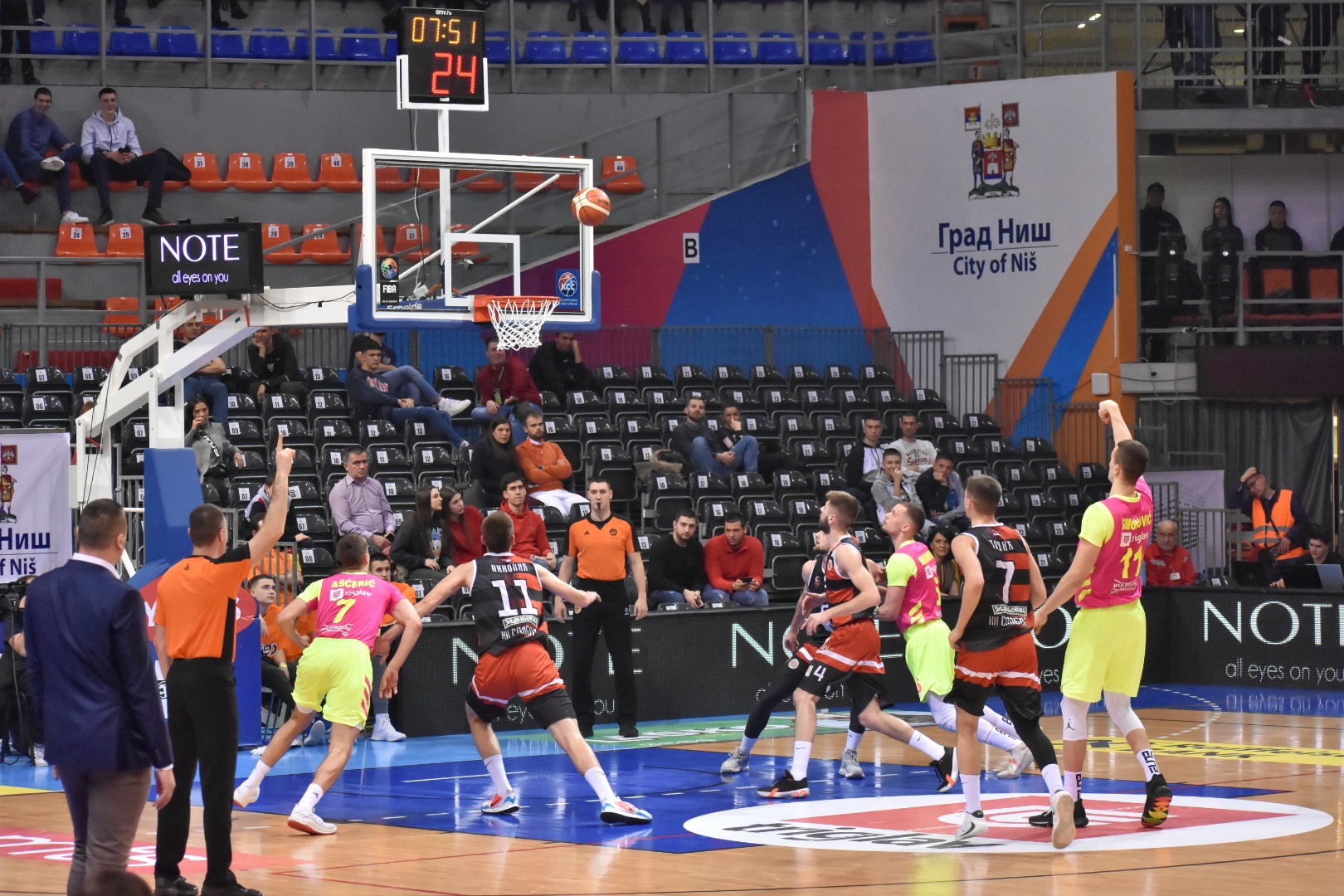