In a very exciting match of the 14th round of the ABA League, Mega Bemax lost away against Zadar with 106:100 (22:26, ​​25:25, 19:24, 40:25). Coach Dejan Milojevic’s players successfully defied Zadar’s run-offs in one of the most important ABA survival matches, but also had 14 points lead in last quarter, but Zadar reached lead in the finish and triumphed in Hall Kresimir Cosic. Coach of Mega couldn’t count on Filip Stanic in this match.

The most efficient in the Mega Bemax ranks were Marko Simonovic with 23 points and Kendrick Perry with 19. In Zadar featured Domagoj Vukovic with 28 points and Bryon Allen with 22 points.

After 14 ABA league rounds, Mega Bemax has score 3-11 while Zadar has one more win. The next game of Mega Bemax will be played on Monday, January 13 from 5 pm when Crvena zvezda mts will be welcomed in the Hall of sports Ranko Zeravica.

Dejan Milojevic started the match with Perry, Mesicek, Atic, Miskovic and Simonovic. Great opening match for Mega with lay-ups of Perry and 0:8 run where Zadar scored the first points after 3 and a half minutes of play. The triple of Zadar is immediately returned by Miskovic and then Mesicek hit for plus 11, 3:14. Perry soon goes to the bench for 2nd personal foul and Zadar little by little uses Mega’s mistakes and reduces the difference. Nenadic from tip in interrupts Zadar’s run which nevertheless tied game to 20:20. Tanaskovic and Asceric hit threes in the last minute and the score after 10 minutes was 22:26. 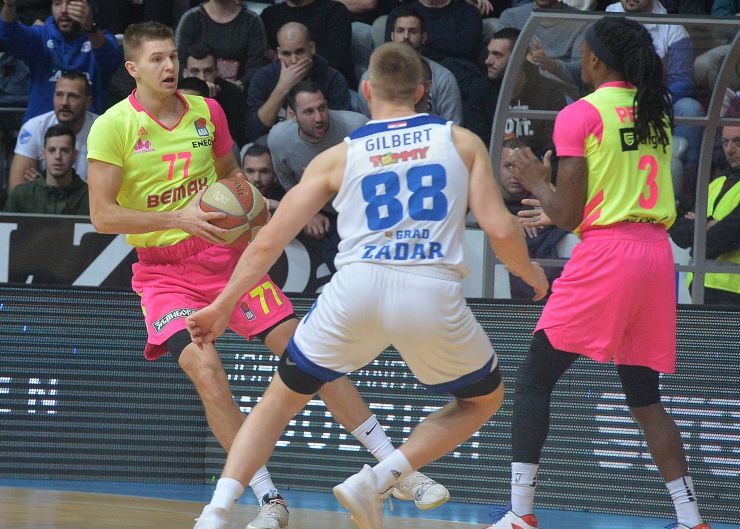 Zadar came up with a point behind, but Nenadic with three and Simonovic with 2 plus 1 denied Zadar. Perry also gets 3rd personal foul, but soon hits three for 28:35. The home team with the run 7:0 comes to the equalizer and after the Atic three, Vukovic hits for Zadar. Miskovic reciprocated with a three-pointer and lay-up for 38:44 for 3 minutes until the end of the half. Some bad attacks by Mega on the other hand Zadar again tied 7 points for the first lead of the game, 45:44. Atic with three immediately returned the lead to Mega and Nenadic with points in the final seconds set the score after the first 20 minutes of the game, 47:51.

Better start of the second half for Mega who leads 51:60 after 3 minutes of play. Zadar comes to 4 points, Miskovic due to a 4th personal fouls goes to on the bench, but Tanaskovic and Simonovic with points reject another attack from Zadar for a new double-digit lead, 58:69, and the result before the last 10 minutes is 66:75.

Simonovic hits the top three right away and then dunks the ball after a 68:80 rebound. Miskovic hits a three-pointer from the corner and then flips the keeper on the triple perfectly and maintains a double-digit lead by Mega. Still, the 7-point of Mavra puts Zadar back in the game 83:88 with 5 minutes left. Nenadic hits the board and Perry triple for plus 10 and in those moments it seemed that Mega was close to the win. Perry doubles with a three and drive to briefly deny Zadar’s run, but the home team equalizes 98:98 after the offensinve rebound. Mega loses the ball, Allen is fouled and then precise from the free throw line for plus 2 for Zadar, but in the next attack Atic dunked for tie. The key moment was the rebound in the attack after the miss of Zadar and the points of Vukovic for 102:100. In a subsequent attack after a heavy pass, Simonovic stepped up the line and Allen, with free throws, brought the elusive plus 4 to Zadar with 15 seconds to the end. In the remaining time, Perry misses a tough three and Zadar wins. 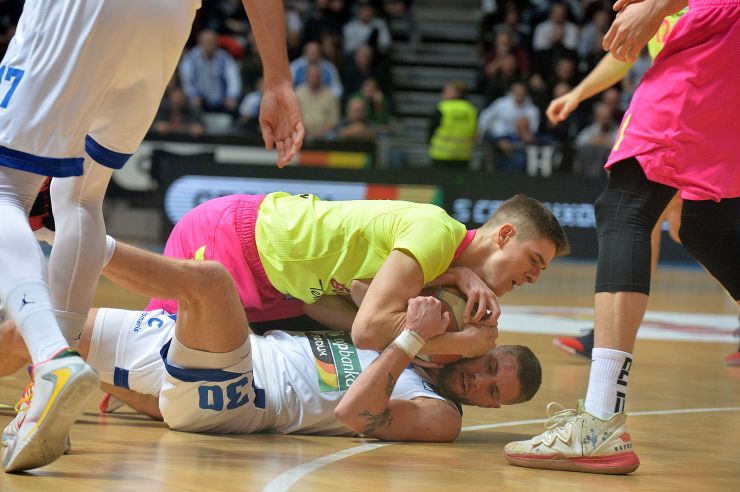