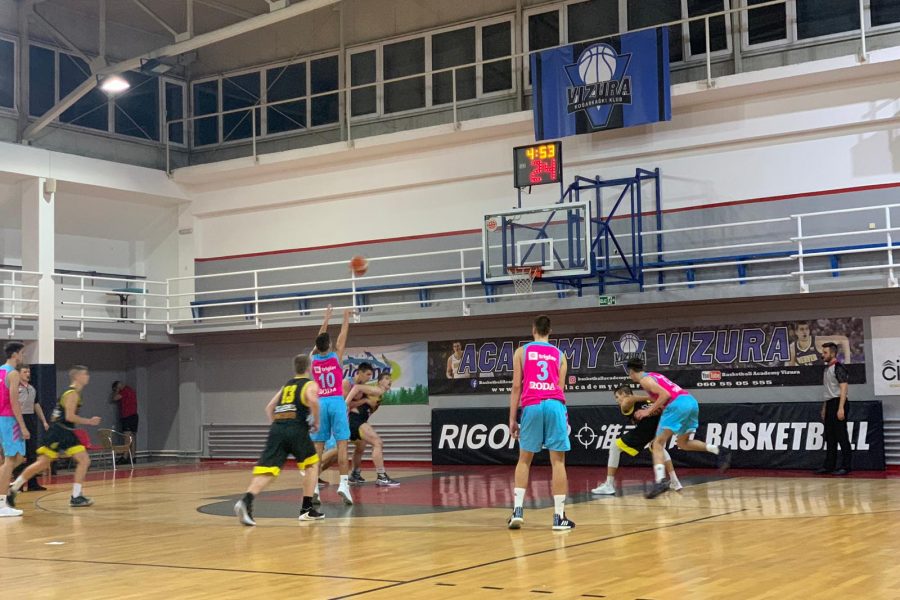 Mega Bemax cadets have started with win the qualifying tournament for the Triglav Cadet League of Serbia, which is being held at the Vizura Sport Hall in Zemun after they convincingly defeated Slodes with 79:55. Coach Veselin Petrovic’s players came to the win after the excellent defense in the first half, which ended with a score of 41:21, after which they routinely brought the match to the end.

The most efficient in the ranks of U17 Mega Bemax were Nikola Djurisic with 24 points and Andrija Vucurovic with 11.

Cadets of Mega will play against Vizura on Saturday from 7:30 pm and on Sunday at 3:30 pm they will meet with Zitko Basket. The two best placed teams in the group will qualify for the Triglav Cadet League of Serbia.

Cadets of Mega Bemax in the upcoming season will try to defend the title of Serbian champion won last season.