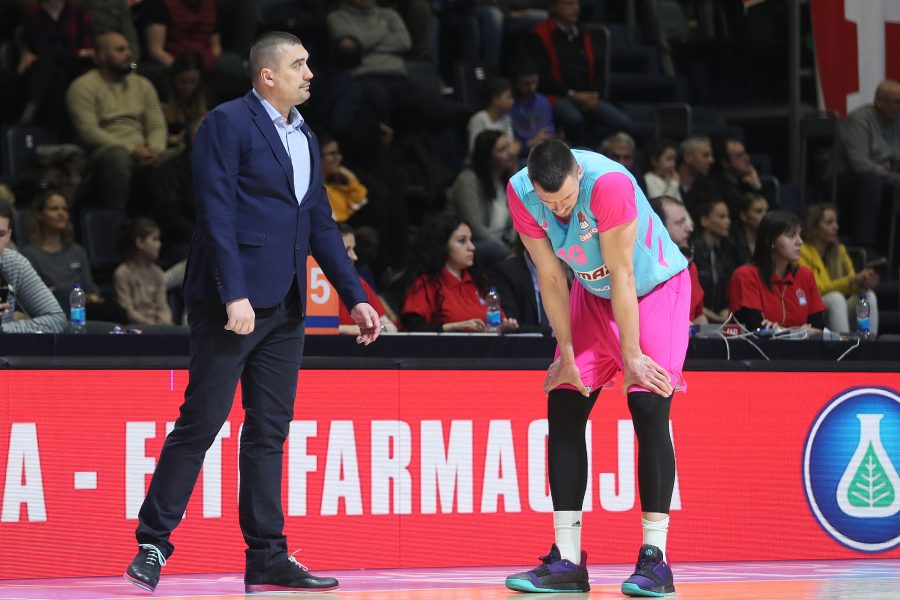 Mega Bemax was defeated by Crvena zvezda mts with 100:76 and thus finished the season in the ABA league, most likely in 5th place with a score of 10 wins and 12 defeats.

At the press conference after the match, the coach of Mega Bemax Dejan Milojević, pointed out that this is a great season for the young team in the ABA league:

– I congratulate Crvena zvezda on a deserved victory. I think the game was decided by the second quarter. When you lose 27 points, and you do not lose three-quarters, but only one … That enough tells how much the game was weird. We missed easy points, we did not control the rebound … Zvezda used it and made an unreachable difference. I think this is one great season for a young team. We finished fifth, which is the second best score in the history of the club, launched a few more young players that I believe will play in the NBA league. We have achieved the goals, we will now have a good time to rest, we have enough time to prepare for the domestic league,