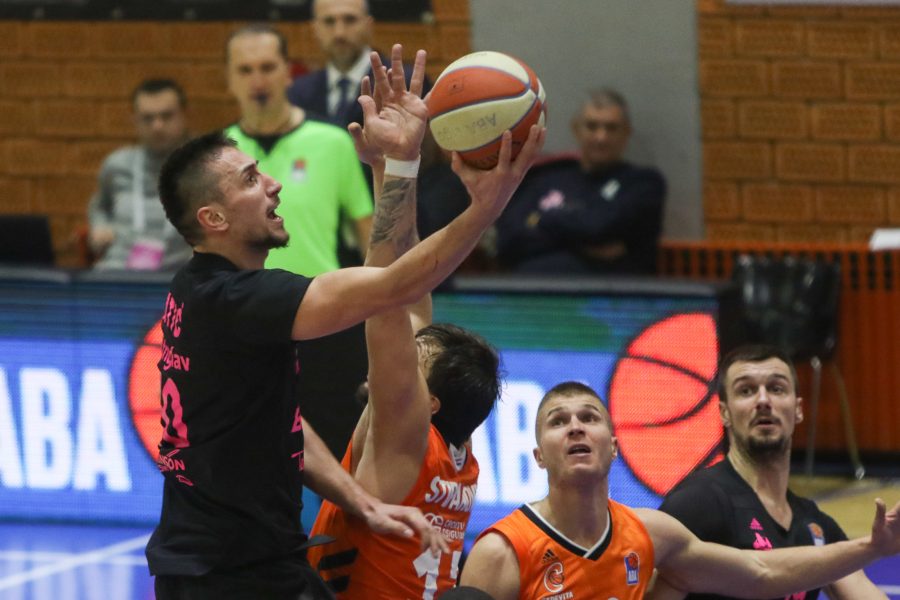 Mega Bemax failed to achieve a fantastic reversal in the beginning of 2019, since they lost in the derby match of the 14th round of the ABA League in Sremska Mitrovica after overtime against Cedevita by 101:107 (17:33, 21:20, 24:12, 28:25, 11:17). The players of the coach of Dejan Milojevic in great atmosphere of the hall PSC Pinki were trailing 20 points during the match, they returned several times from the hopeless situations, achieved overtine with the points of Mokoka from free throws, but in additional 5 minutes Cedevita was better and in the end celebrated . The coach of Mega Bemax at this match could not count on Kostja Mushidi.

The most effective in the ranks of Mega Bemax were Edin Atic with 20 points, Nikola Miskovic with 19 and Adam Mokoka with 18 points. In Cedevita, Jakob Pullen scored 31 points and Filip Kruslin had 24. 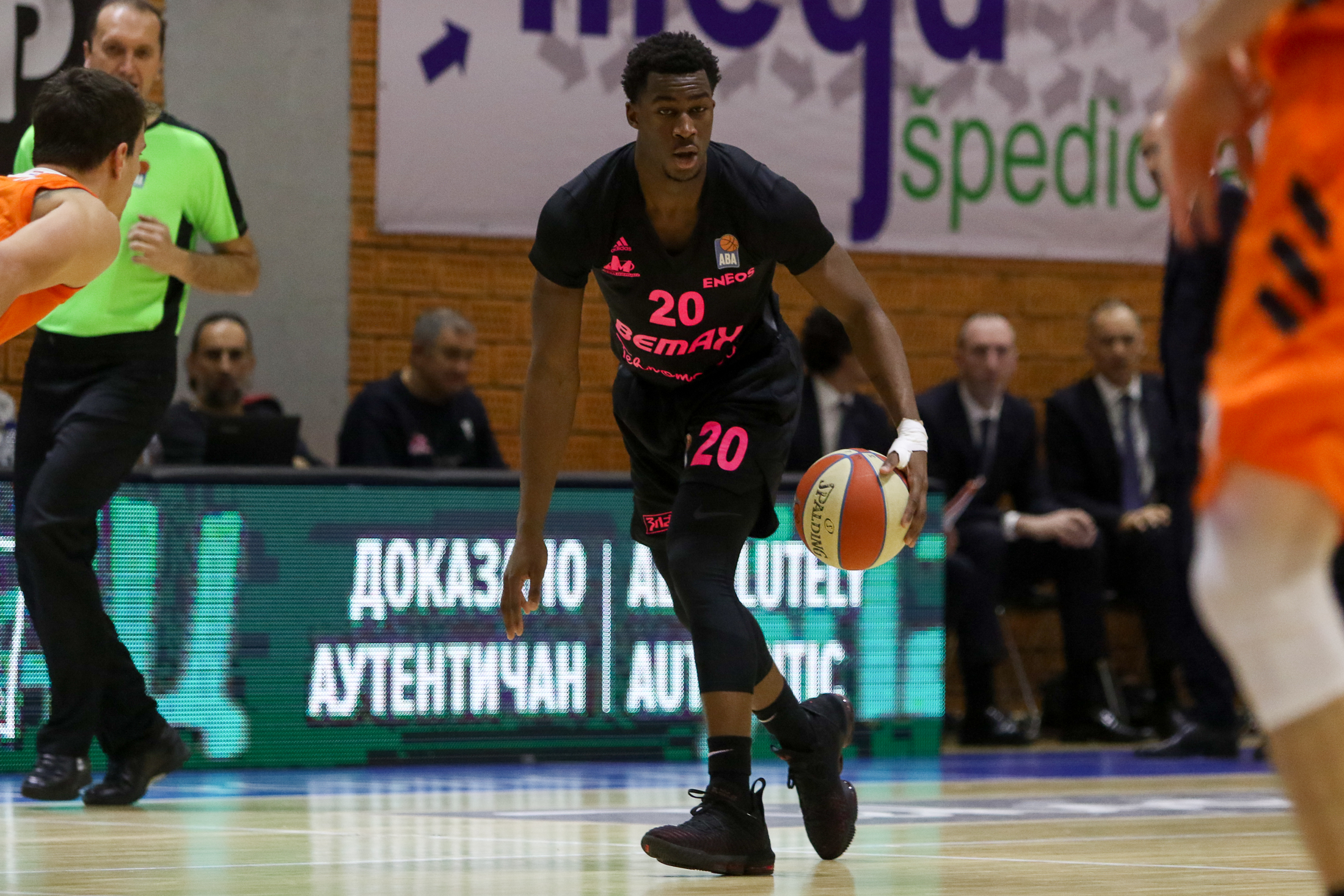 After the 14th round of the ABA league, Mega Bemax is on the 3rd place with a score of 8-6 while Cedevita is 2nd with 10 wins. In the next round on January 13th at 5 pm, Mega Bemax is playing with Petrol Olimpija team in Ljubljana.

Dejan Milojevic started the match with Ratkovica, Mokoka, Atic, Miskovic and Nikolic. At the beginning of the match, Kruslin was unstoppable with 4-4 for three points, and the guests reached the double-digit advantage early, 5:15. Atic hits triple, Cedevita returns with the same measure, but a series of mistakes of Mega and poor rebounding, guests from Zagreb punished and went on big plus 20, 11:31. By the end of the quarter, Mega improved the defense, Fundic scored after offensive rebounds, but Pullen scored in the last second of the quarter for 17:33 after the first 10 minutes.

Fundic is excellent at the beginning of the second quarter, the team defense is much better, and the minus is slowly decreasing, however, Mega’s players did not his some open shots, so Cedevita keeps the lead. Asceric with triple cuts to 13-point difference, but the moments of deconcentration in defense are well-used by Cedevita who went to plus 18. Atic binds two triples and keeps Mega in the game and the score at halftime is 38:53. 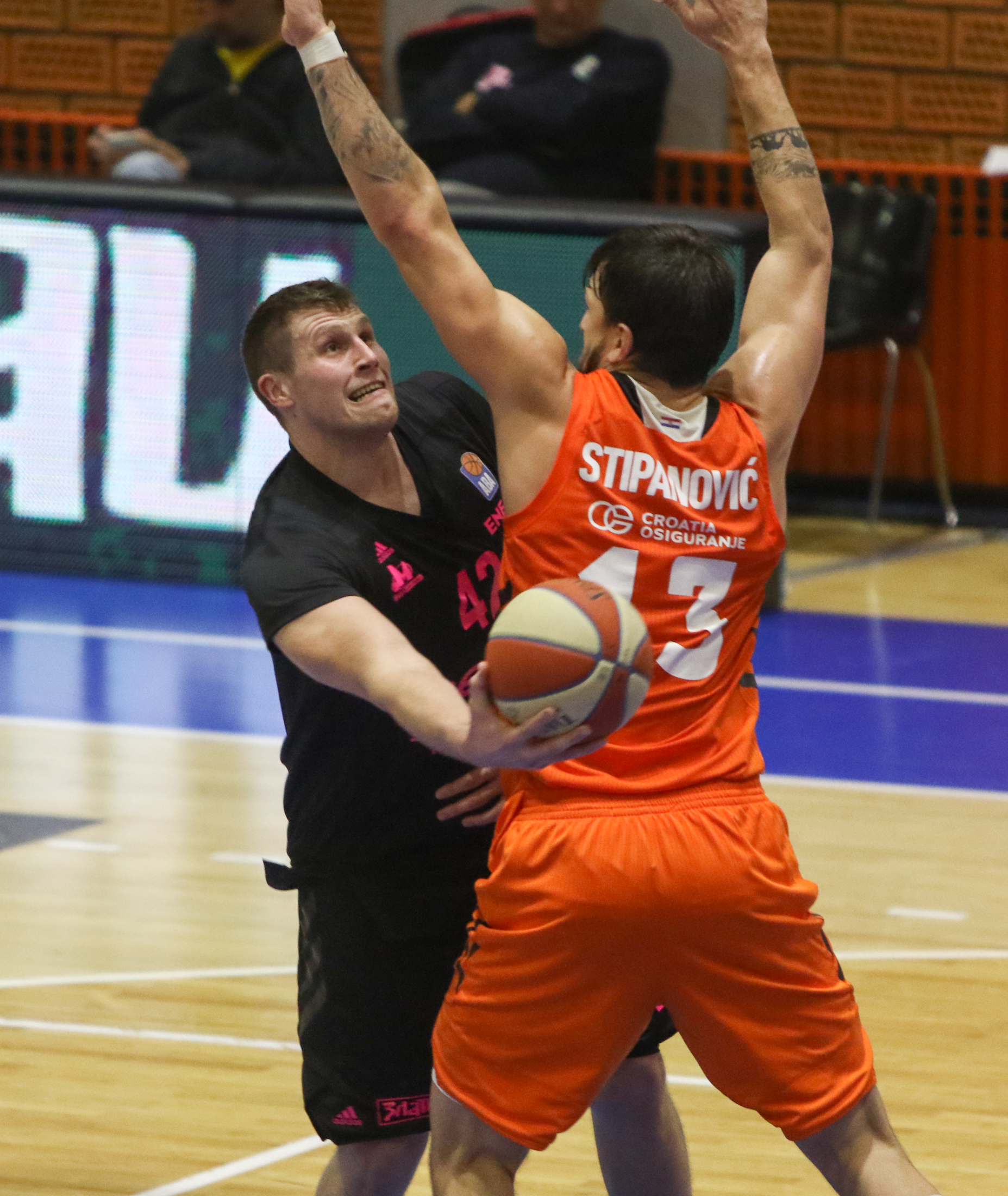 The excellent start of the second half for Mega, Mokoka hit the triple, and then Nikolic 2 times scored from the paint, Atic with a triple dropped the difference to only 4 points, 49:53 for the 11:0 series. In the following minutes, Mega on several occasions fails to hit shots for the tie or the lead, and the difference ranged from 2 to 6 points. Nevertheless, in the last seconds, Carapic with three pointer set the score before the last quarter, 62:65.

Cedevita hits two triples, and returns a double-digit lead, 66:76. However, Mega still did not gave up, so Miskovic and Atic returned Mega in the game with threes, and free throws, 77:80 with 3 minutes to the end. Kruslin with three gave lead for guest 82:87 at the start of the last minute. Mokoka hits lay-up for plus 1, Cobbs on the otherside hits midrange FG and Miskovic returns with a triple for 88:89 for 25 seconds to the end. Pulen hits one free throw, so Mokika was then fouled at the entrance with 2 seconds to end. Mega’s guard is hitting both free-throws and after a time-out, Mokoka played a good defense on Cobbs who missed from a difficult position from the corner and game went into the overtime. 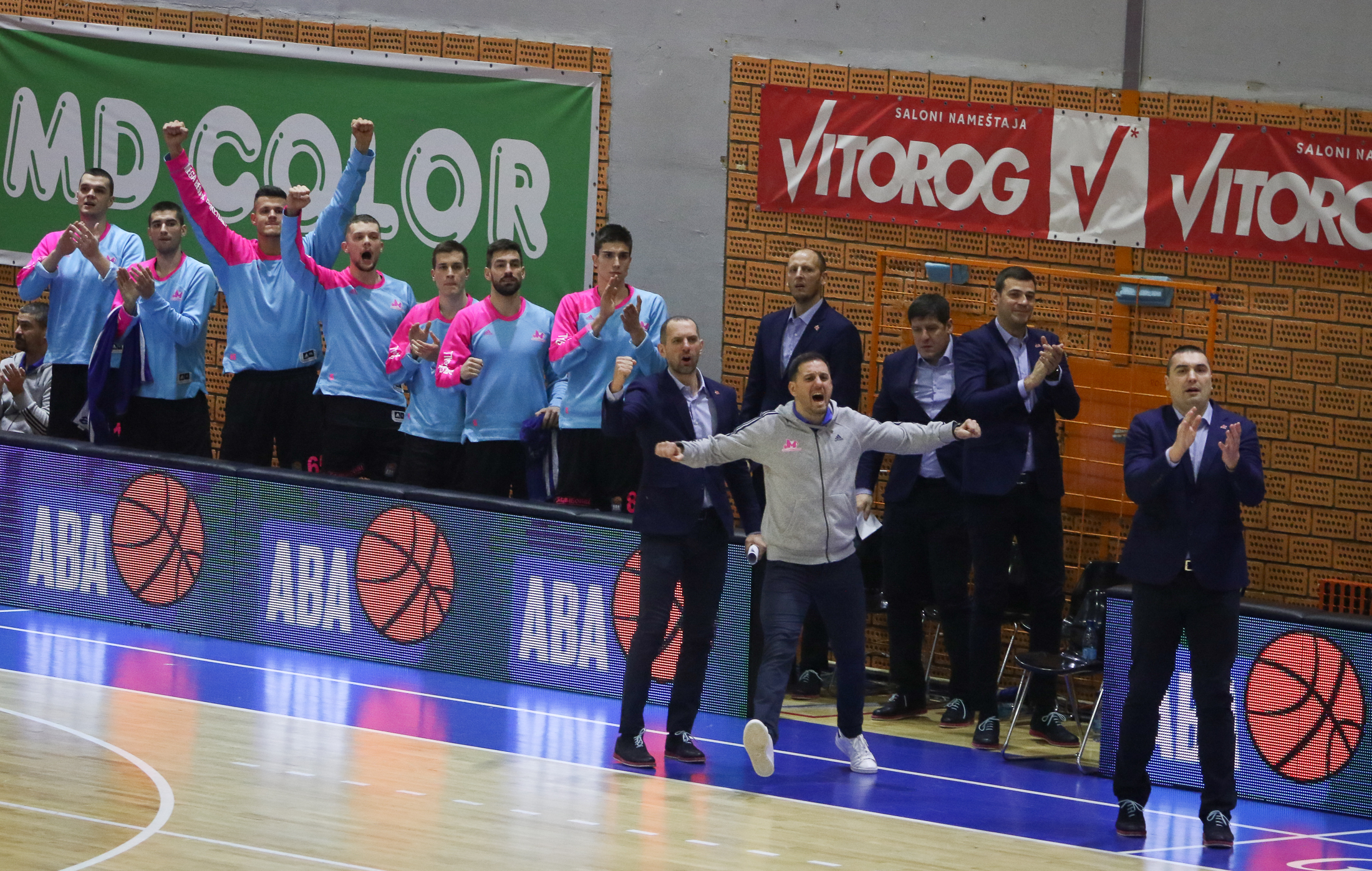 Guests from Zagreb had a plus 5 in the middle of the overtime, but Mokoka’s dunk and Atic three return uncertainty, 99:100 with 49 seconds to the end. However, Pullen hits key three pinter after which Mega no longer had neither strength nor time to reverse, so the guests finally celebrated with 101:107. 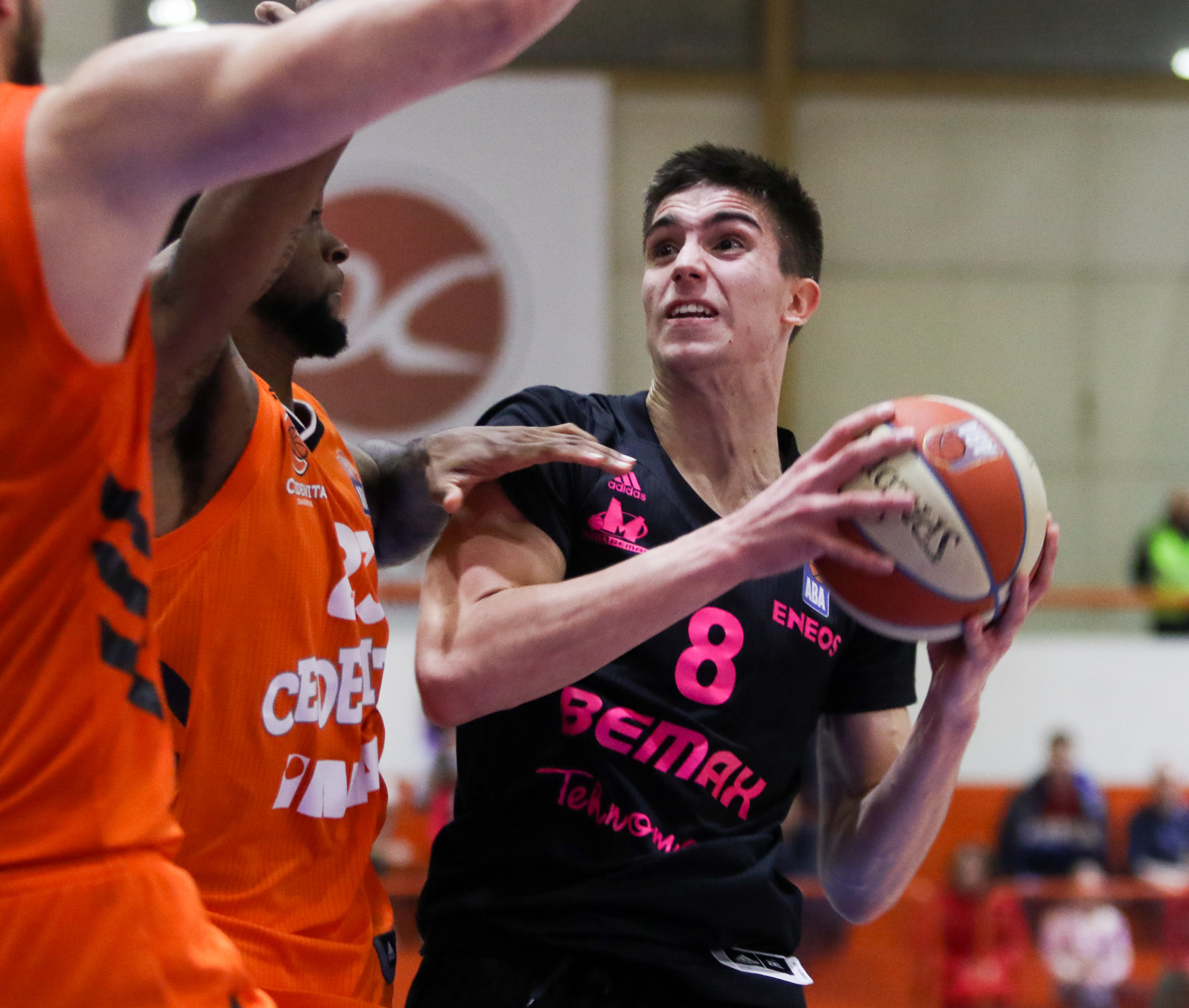