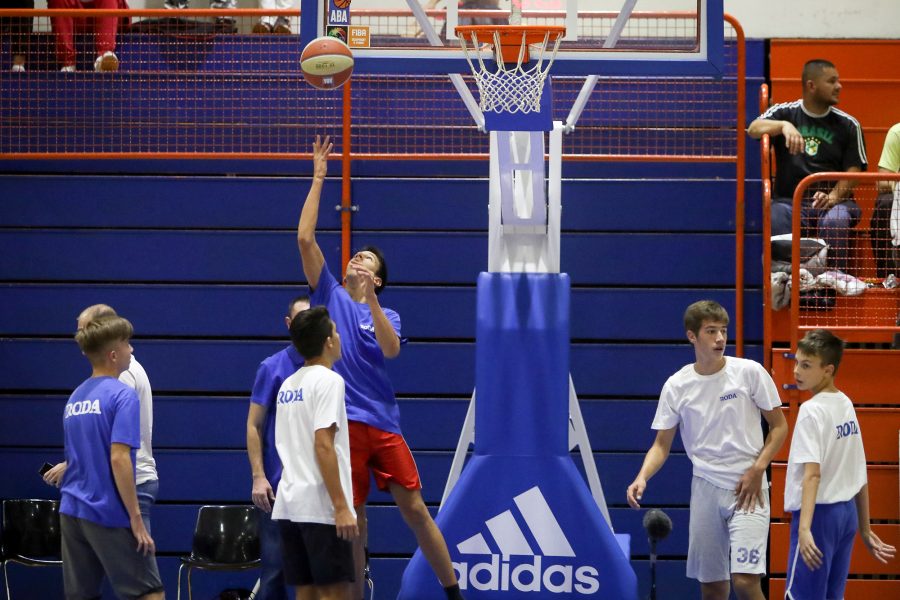 Saturday was a successful day for the Mega Bemax as they beat FMP with 89:61 with the 2nd round of the ABA League in Sremska Mitrovica.

However, the whole event began several hours earlier, as the first cadets of Srem and ABC Basket from Tuzla, and then the juniors of Mega Bemax and ABC Basket, played a match in the foreplay of the main game. The result was in the second plan, and in the end, they together took photo for the memories. 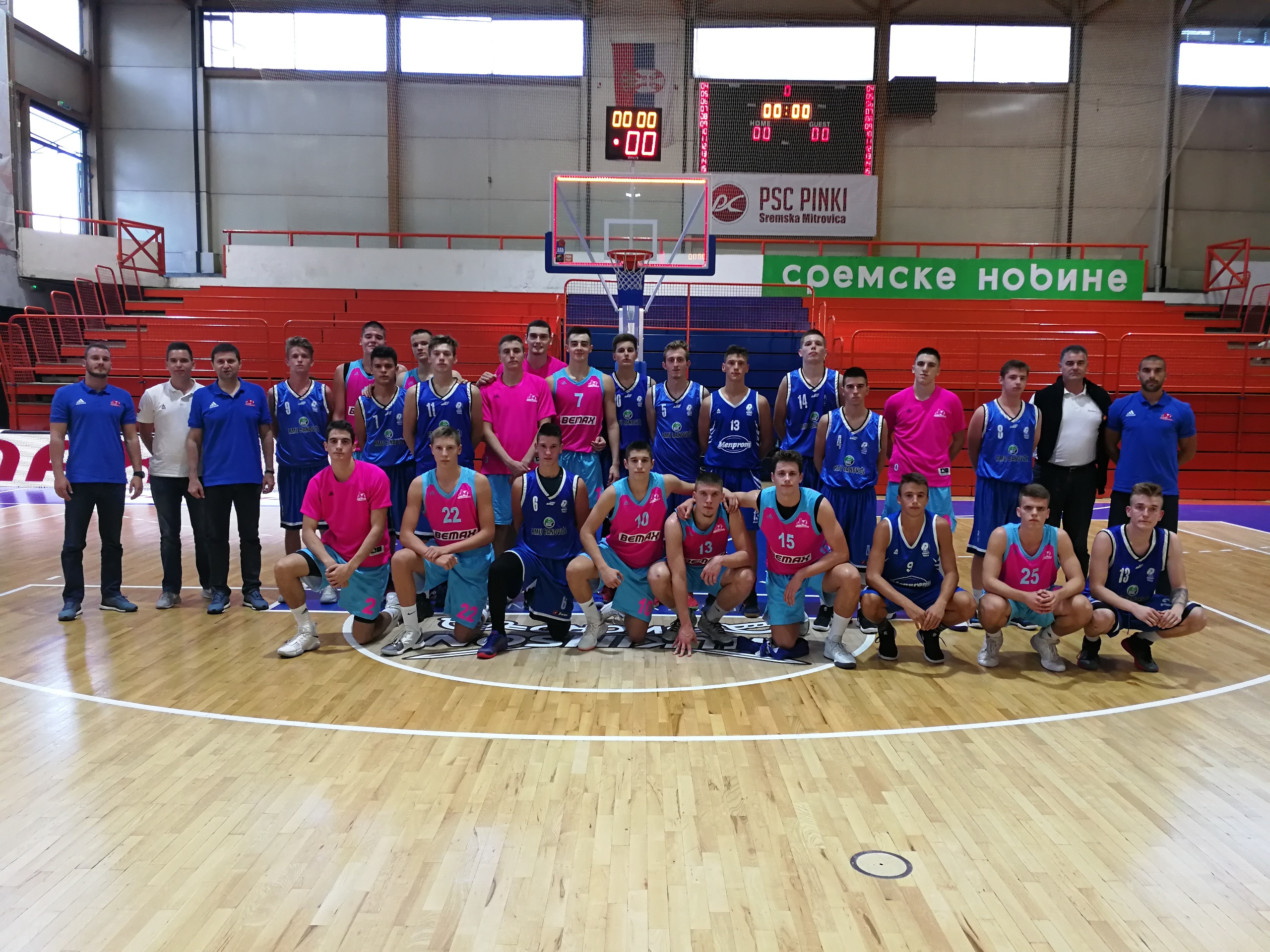 At the match between Mega Bemax and FMP, the project “Mega Experience” continued, within which the young and talented childred of Sremska Mitrovica are guests of the club. This time they were kayakers Olivera Mihajlovic and Anastazija Bajuk.

Olivera was born on July 16, 2002. and she is a great student of the second grade of the Secondary Medical School. She has been training kayaking for 7 years. She is the champion of Vojvodina and Serbia in the discipline one-seater in 100 meters race. At the Olympic Hopes Competition in Poland she took third place in the same discipline while she won 2nd place in 200m with Anastasia in a two-seat Kayak.

Anastasia was born on 31.08.2002. and is also an excellent student of the second grade of the Secondary Medical School. She is tdouble champion of Vojvodina and Serbia in a 200m single seat kayak and at the recent Olympic Hopes Competition in Poland, she took third place in 200m in one seater while she won a silver medal with Olivera in two-seater. 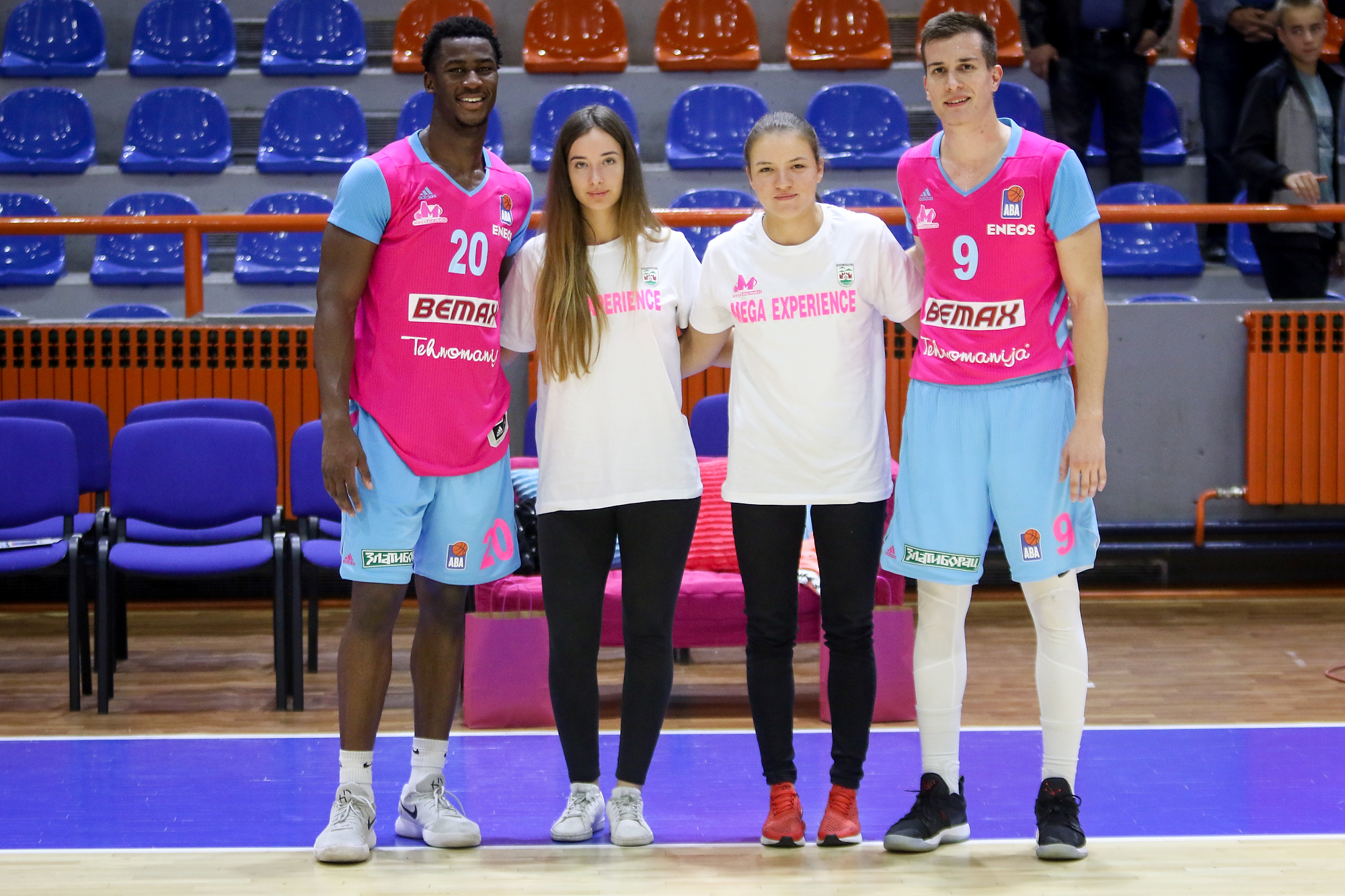 At the beginning of the match, Olivera and Anastazija greeted with Mega’s players at the start of the match after which they watched the game from a special court seats, so that before the start of the second half they were presented to the audience when they received the gift packages from the club.

At the end of the match, Olivera and Anastazija took photo with Ognjen Carapic and Adam Mokoka.

In the halftime, two quick 3×3 basket matches were played in which the students from primary schools from Sremska Mitrovica competed. Team Svejedno beat Zbunjeni with 6:2 and H20 were better than MH with 3:1. Mini League will be played during the half time at  Mega Bemax matches in Sremska Mitrovica and winners will receive nice prizes.

In the breaks between the quarter, spectators competed in shooting from half of the pitch for a gift TV, but, unfortunately, they were not precise. 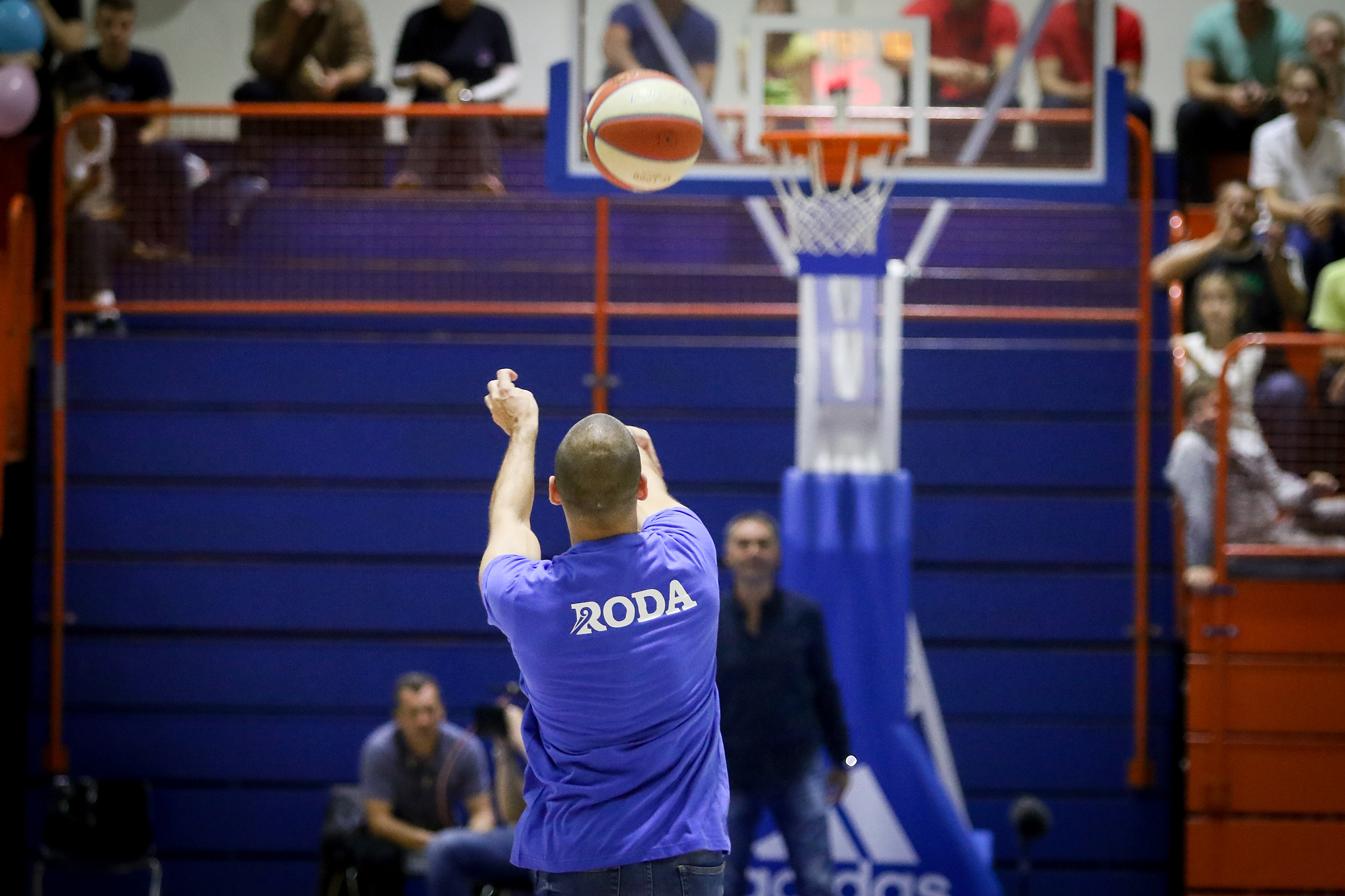