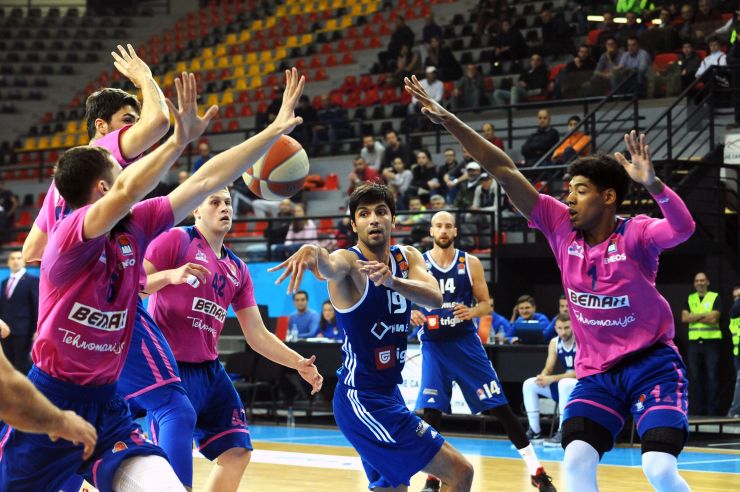 Basketball players of Mega Bemax came to a very important victory in Skopje after in the Sports Center Jane Sandanski convincingly defeated MZT Skopje Aerodrom with 76:92 (14:32, 22:25, 17:13, 23:22). Dejan Milojevic’s team, although decimated by injuries, have absolutely dominated in all segments since the start of the match, and they have already reached a convincing advantage after the first quarter. In the last quarter, guests managed to reduce the minus to just 5 points at a time, but the players of Mega responded in the right way and in the end convincingly celebrated. The coach of Mega Bemax, Dejan Milojevic, could not count on Ognjen Carapic, Milos Koprivica and Nikola Miskovic as a result of the injury, while Stefan Sinovec did not travel with the team to Skopje due to illness.

The best in the ranks of Mega Bemax were Nikola Rebic with 22 points and Kostja Mushidi with 18 points (4-6 for three) and 6 rebounds in the first official match this season after recovering from the injury. Ennis scored 17 points and Cancar scored 16, while in the domestic team were the most efficient were Trajkovski with 16 and Stojanovski with 13 points. After 7 games, Mega has a score of 3-4 while MZT has remained on 2 wins. In the next round on Saturday, November 11, at 19:00, Mega Bemax will host Partizan NIS in Sremska Mitrovica. 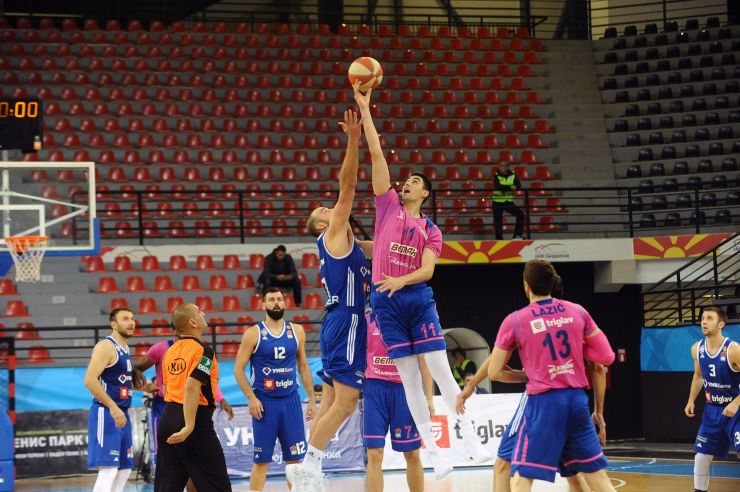 Dejan Milojević started the match with Rebic, Ennis, Lazic, Cancar and Bitadze. The great opening of the match for Mega, who after 2 minutes led 0:9 with 7 points of Cančar. The home team’s time-out did not bring any changes, so Cancar added another 5 points for the first two-digit lead 4:16 in the middle of the quarter. Mega’s defense continued to function greatly and generated easy points from it. Samardziski entered the game instead of Bitadze, who after one duel stayed with bloody nose. Mega’s experienced center did well two times under the basket and then Mushidi with three sets the score after the first quarter, 14:32.

Mushidi scored under a foul at the beginning of the second quarter and Rebic tied the points for the plus 21. Mega has slowed down in the attack, but the defense is still great. Ennis scored from all positions for 22:47 in 16th minute. MZT managed to reduce the minus under 20 points, but Mega’s players denied attack and half-time ended up with the lay-up of Rebic for 36:57 after 20 minutes.

The second half opens Lazic with a triple and then followed a period with few points on both sides in which Mega held lead with an excellent rebounding under both baskets. In the finish of quarter, the home team manages to reduce to 53:70 before the last 10 minutes of the game.

The extremely weak start of the last period for Mega where MZT makes a series of 12:0 in 5 minutes and reduces to 65:70. Mushidi interrupts a series of home team with a brilliant three pointer from 9 meters, and in the next attack, Cančar hit mid-range for plus 10 for Mega. The home team again reduces to 5 points, but the ball takes Rebic, who first hits for three, then free throws and layup for calm finish of Mega. Mushidi two times blocks players of home team and brings a convincing advantage from the free-throw line and with three pointer. The point on the match put Bitadze with dunk for the final 76:92.