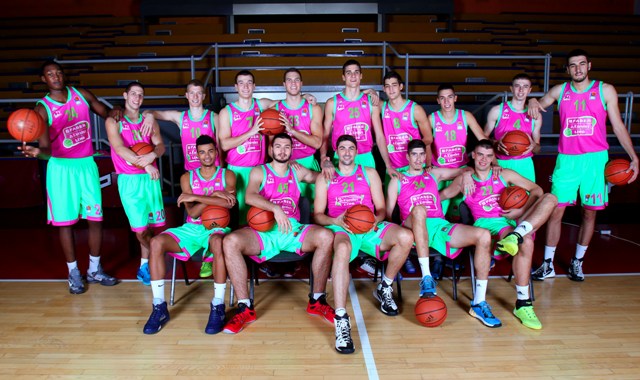 Mega Leks beat the current leader of Serbian League FMP convincingly in a training match, FMP – Mega Leks 54:83 (17:18, 11:16, 14:27, 12:22) . For this match, in addition to injured Zagorac and the Kaba, also Jaramaz and Samardziski didn’t play. Players who have not played a lot in the previous period got chance and it certainly seems that they played well.
In the first half  we have seen a good defense from players of Mega Leks, which resulted in several steals and easy points from counter attacks with dunks like one from Simeunovic. FMP did not give up but the Mega played well in the finish of the second quarter and went to a half-time with a plus 6, 28:34.
The match was resolved immediately at the start of the second half when in a short period Nikolic tied 8 points and until the end of the match the advantage have only increased. In the last quarter Stefan Simic had splendid role who in afew minutes even stole 5 balls and with a few points and rebounds, with Djokovic had great assists to a teammates.
Mega Leks on Sunday from 7 PM in Zagreb play derby match of the 9th round of ABA league against Cedevita.
Mega Leks: Simic 12 points and 5 rebounds, Ivanovic 3 points, Aranitovic 6 points and 5 rebounds, Luwawu-Cabarrot 7 points, Djokovic 8 points and 5 rebounds, Nikolic 13 points, 3 rebounds and 2 blocks, Simeunovic 13 points and 6 rebounds, Pavlovic 7 points and 4 rebounds, Veljkovic 9 points and 3 rebounds, Jankovic 5 points and 5 rebounds.
Photo: Mega Leks
Share Post: