Serbia U20 national team scored  sixth victory in the European Championship for players under 20 years of age which is being held in Lignano (Italy), after the win against Belgium with 76:74 (14:25, 20:9, 26:18, 16:22 ). Serbia will fight for the first place and easier opponent in the quarterfinals, playing against the national team of France.
Rade Zagorac had 13 points and 8 rebounds while Ognjen Jaramaz didn’t score.
In a match that marked the great series of points on both sides eventually celebrated Serbia. Belgium in the first quarter had 14 points advantage (20:6), but Serbia managed to draw it to half that ended with 34:34. A great series continued in the second quarter for overall series of 25:1, Serbia came to plus 12, 48:36. Belgium was able to return to the game and in an exciting finale at the end of Serbia celebrated since the Belgians missed shot for victory after offensive rebounds in the final seconds.
France has reached the fifth win in six matches after they were convincing against Israel with 70:47. The best in France was Timothe Luwawu with 14 points, 8 rebounds and 5 assists while Alpha Kaba had 4 points and 6 rebounds.
Serbia and France will tomorrow, 15th of July at 6:45 PM  play a match for first place in Group F.
Photo: Fibaeurope.com 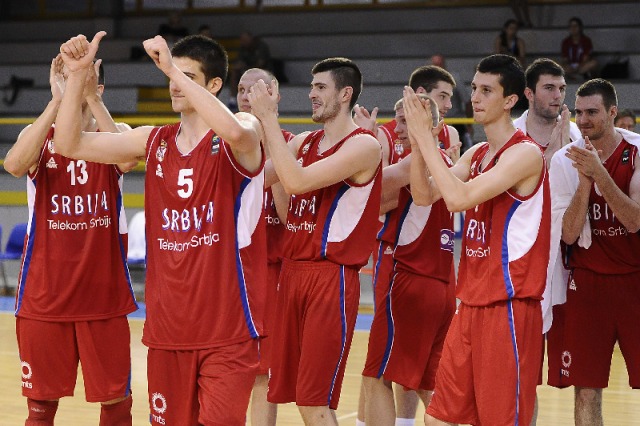