Nikola Jokic signed a contract with the Denver Nuggets for three plus one year, becoming the first player in the history of Mega Leks, which directly from the club went to the NBA! After last year’s NBA draft when only the third time in history happened that from the same team in one draft three players were chosen (Jokic, Micic and Dangubic), came another great confirmation of work in Mega Leks!
Jokic was last year selected by Nuggets on 41. position at the NBA Draft. After that he had a fantastic season in the Mega Leks. He was named the MVP of the ABA League, where he averaged a 15.4 points, 9.3 rebounds, 3.5 assists and 1.5 steals per game with an average PIR 22). In the Superleague, despite two matches less, he was the best scorer (230 points) and rebounder(135) rebounds and second in the MVP race (349 index points). On average he had 18.4 points, 10.3 rebounds and 2.7 assists.
Nikola Jokic will have the opportunity to make his debut for Denver in the summer league, which begins tonight in Las Vegas. Nuggets team will play the first match on the night between Friday and Saturday against Atlanta.
PHOTO: Twitter.com/nuggets 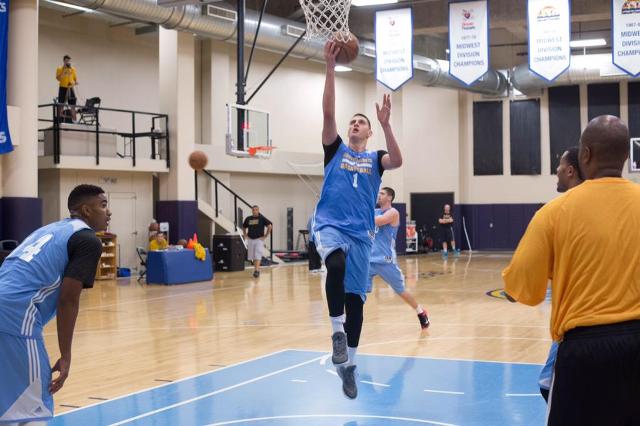