Serbia U20 national team has reached the third victory in the European Championship for players under 20 years of age which is being held in Lignano, having convincingly defeated Israel with 100:74 (21:27, 24:9, 29:17, 26:21).
Ognjen Jaramaz provided an excellent game with 16 points (4/5 for 3 points) and was again the best assistant in our team with 5 assists, to which he added 4 rebounds and 2 steals. Rade Zagorac in 20 minutes had 14 points and 5 rebounds.
Israel started the match better and mostly due to the affected threes, managed to come to plus 8. In the middle of the second quarter Jaramaz hit three points, as in the previous match by Serbia, and started new series which ended with points of Zagorac, 45:36 at the halftime. In third quarter Serbia quickly came to plus 20 which practically solved the game.
Serbia is the first in the standings of Group B with a score 3-0. In the last round of the first phase of the competition Serbia will play against Greece and the game starts on Saturday 11th of July from 4:30 PM.
PHOTO: Fibaeurope.com 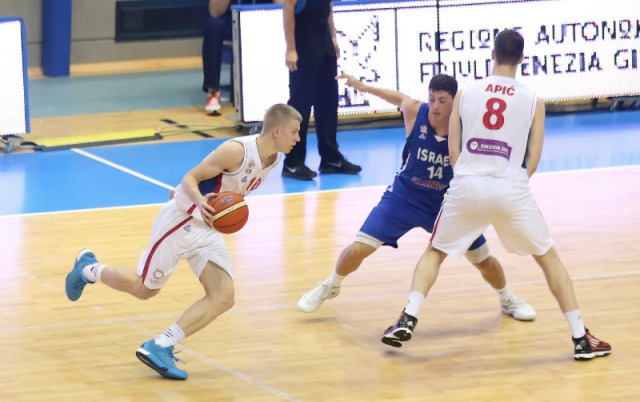