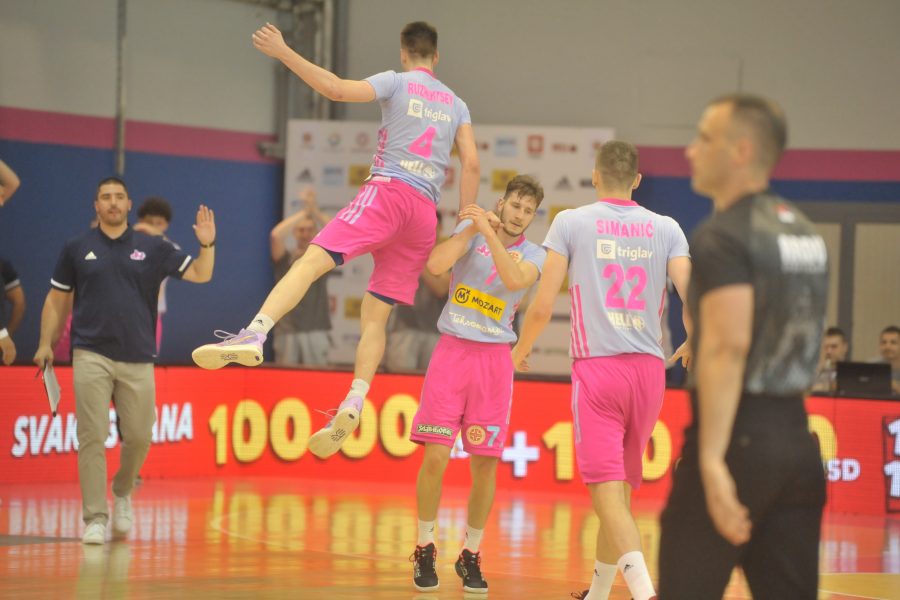 Great comeback and heroic victory of Mega against Zvezda!

Mega Mozzart made a big surprise as they beat Crvena Zvezda 77:70 (12:22, 14:16, 28:15, 23:17) in the second match of the semifinals of the Serbian Super League playoffs after a great comeback, and thus equalized in the series at 1-1. Coach Vladimir Jovanovic’s team was trailing 15 points in the second quarter, but the additionally rejuvenated team of Mega in this match, it would be said, surpassed themselves and overcame a much better and more experienced team of Zvezda.

Samson Ruzhentsev was the most efficient in the ranks of Mega with 23 points, and Matej Rudan was great with 18 points and 18 rebounds, as well as Aleksa Uskokovic with 14 points and 8 rebounds. 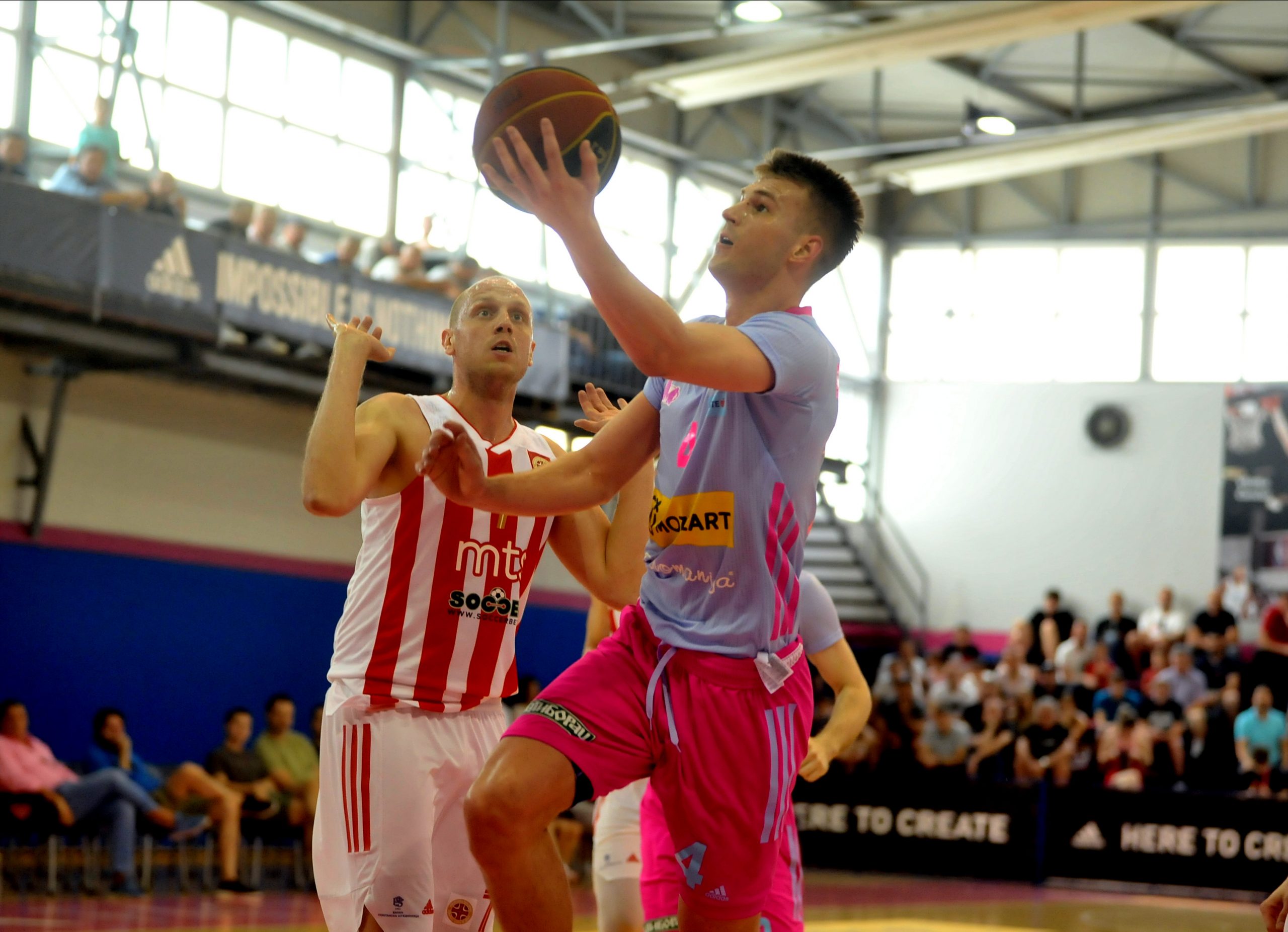 The result in the series is now tied 1-1, and the third decisive mathc will be played on Tuesday in the Aleksandar Nikolic Hall.

Before the start of the game, the audience in the Mega Factory hall greeted with great applause the basketball players and members of the coaching staff of the club’s youth categories who achieved incredible results this season, the junior team  won the Junior Euroleague and U19 ABA League, while U17 and U15 team became champions of Serbia! 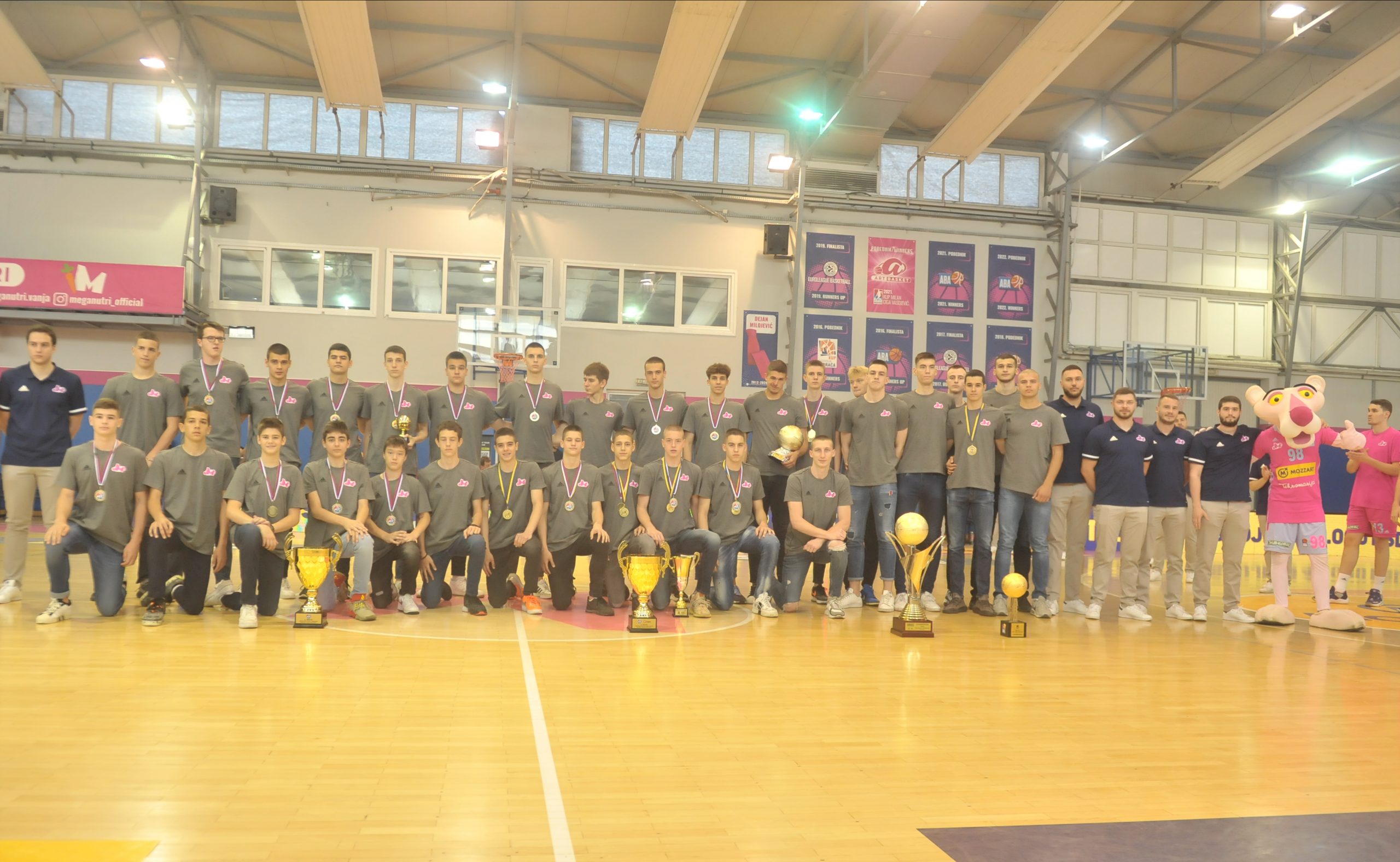 Mega started the match well, very firmly in defense, just as coach Vladimir Jovanovic wished in the announcement of the rematch. Zvezda was without a basket for less than three minutes, but Mega did not manage to gain a significant difference during that time. The red and whites then consolidated their ranks, Luka Mitrovic played great, Hollins hit three tied threes and Zvezda gained a double-digit advantage with a run of 14:1. In those moments, coach Dejan Radonjic’s team completely took control of the game with aggressive defense and dominance in jumping, while Andrija Grbovic showed a good role during the time spent on the field.

At the beginning of the second quarter, captain Luka Cerovina added additional energy to the home team’s game and suggested that Mega could successfully match the current regional champion. However, the red and whites had a ready answer in the form of Ognjen Dobric and Luka Mitrovic, so Zvezda reached the maximum +15 at that moment. 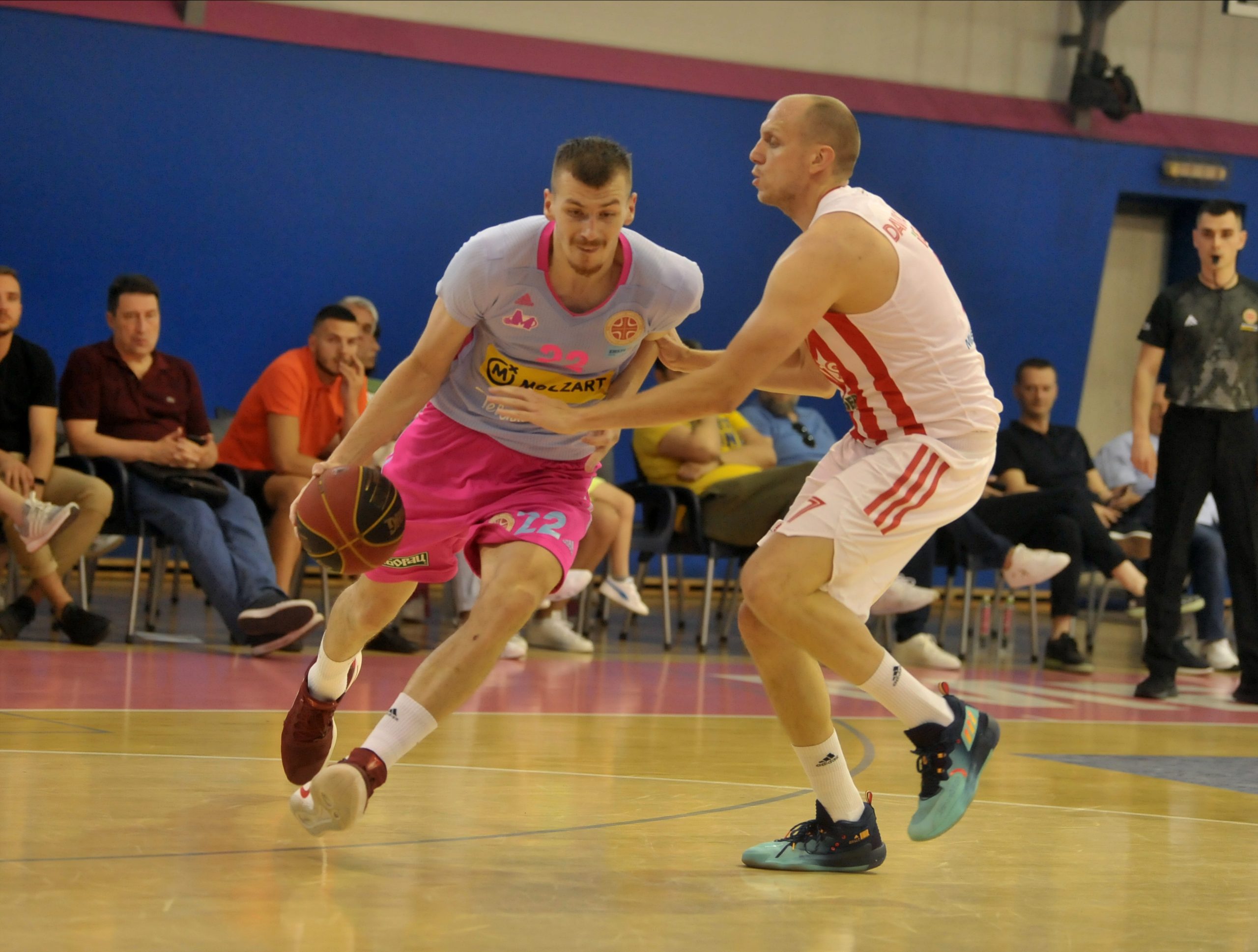 However, Mega did not think of surrendering. The youngest team in the entire region showed an enviable character and in the third quarter began to patiently melt the advantage of the team from Mali Kalamegdan. Ruzhentsev, Rudan and Uskokovic had great episodes in catching up. Mega spent a lot of energy to gain the advantage against the red and whites, and in that intention Mega was deprived of the help of the very good captain Cerovina, who had to be on the bench at the beginning of the second half due to four personal fouls

Mega’s great effort paid off, so with the points of Aleksa Uskokovic from the counterattack, Vladimir Jovanovic’s team took the lead again at the end of the third section – 51:50. 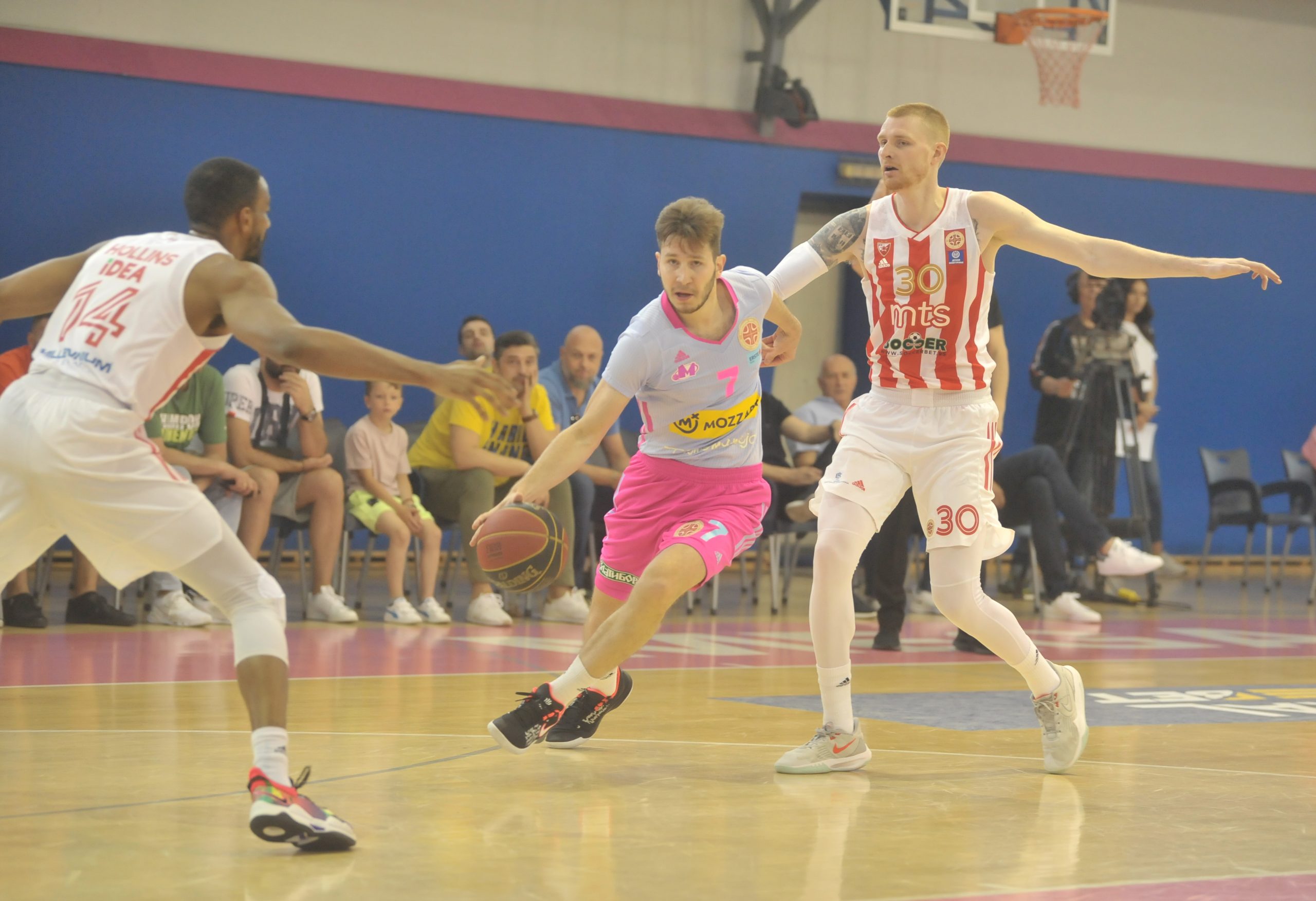 A great fight broke out in the last section. Zvezda reached a five-point advantage, but then Ruzhentsev, Rudan and Cerovina came on the scene. Ruzhentsev and Cerovina scored when it was most needed, Rudan provided additional security in the jump, and ended mathc with as many as 18 caught balls, 9 of which were in attack. Mega managed to disrupt the attack of Zvezda with the zone defense, which took the lead for the last time in 4 minutes until the end with 68:69. By the end of the game, the guests scored only one point from the free throw line, and after Simanic’s points after the offensive jump, Cerovina scored maybe the key three in the match for 73:69. Mitrovic, on the other hand, hits one free throw and Rudan, after two offensive jumps, hits 75:70, so by the end of the game, Mega managed to defend the advantage and reach a great victory. 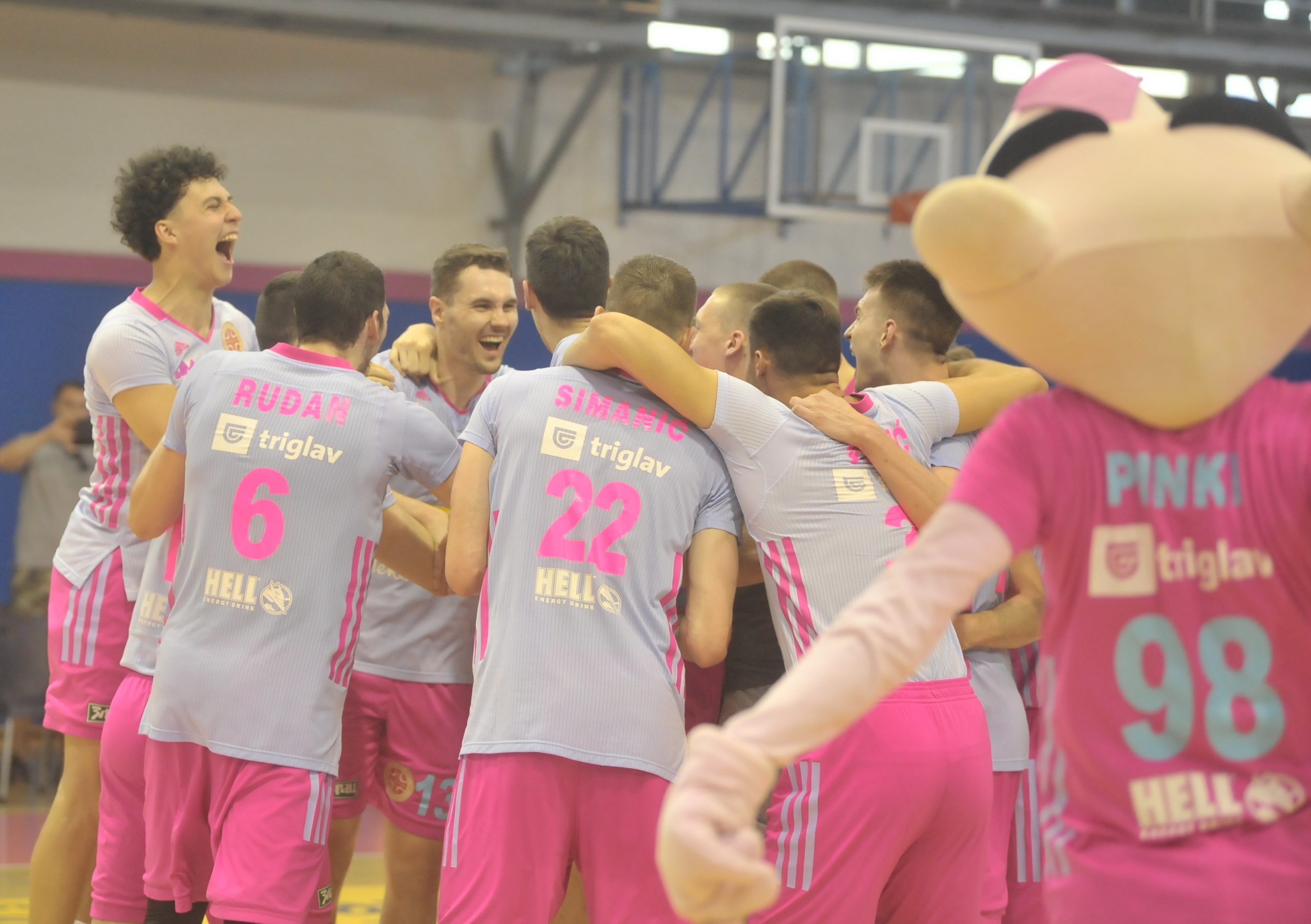