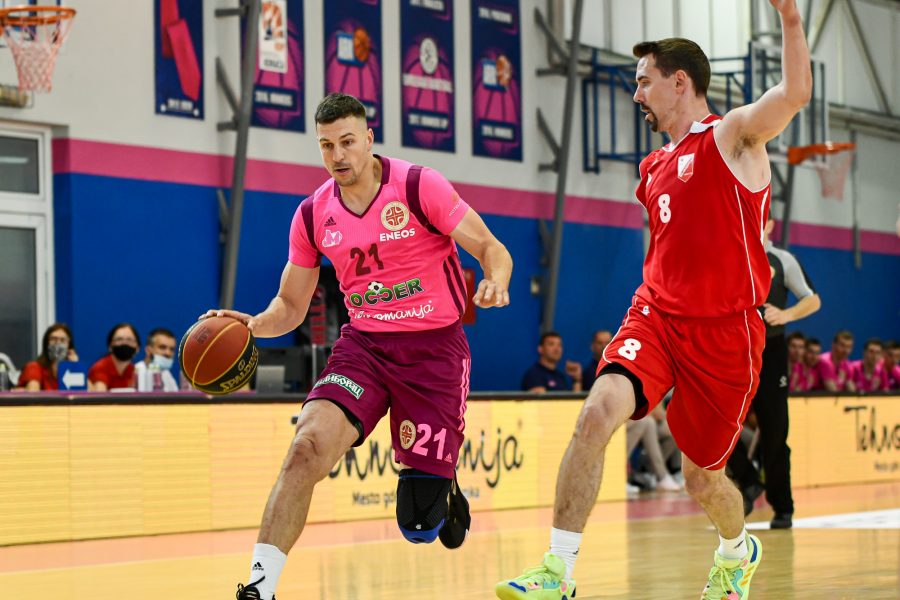 Successful start of the quarterfinal series  for Mega!

In the first game of the quarterfinals of the playoffs of the Serbian Super League, Mega Soccerbet defeated Vojvodina with 77:66 (28:20, 13:13, 21:16, 15:17). In the game that was played without the presence of the audience in the Mega Factory Hall, coach Vladimir Jovanovic’s team quickly reached a certain advantage that amounted to a maximum of 18 points during the game, only to calmly bring the match to an end in the last quarter for a 1-0 lead in the best of three series.

The most efficient in the ranks of Mega were Filip Petrusev with 20 points and Luka Cerovina with 11. In Vojvodina, Nikola Gacesa stood out with 18. 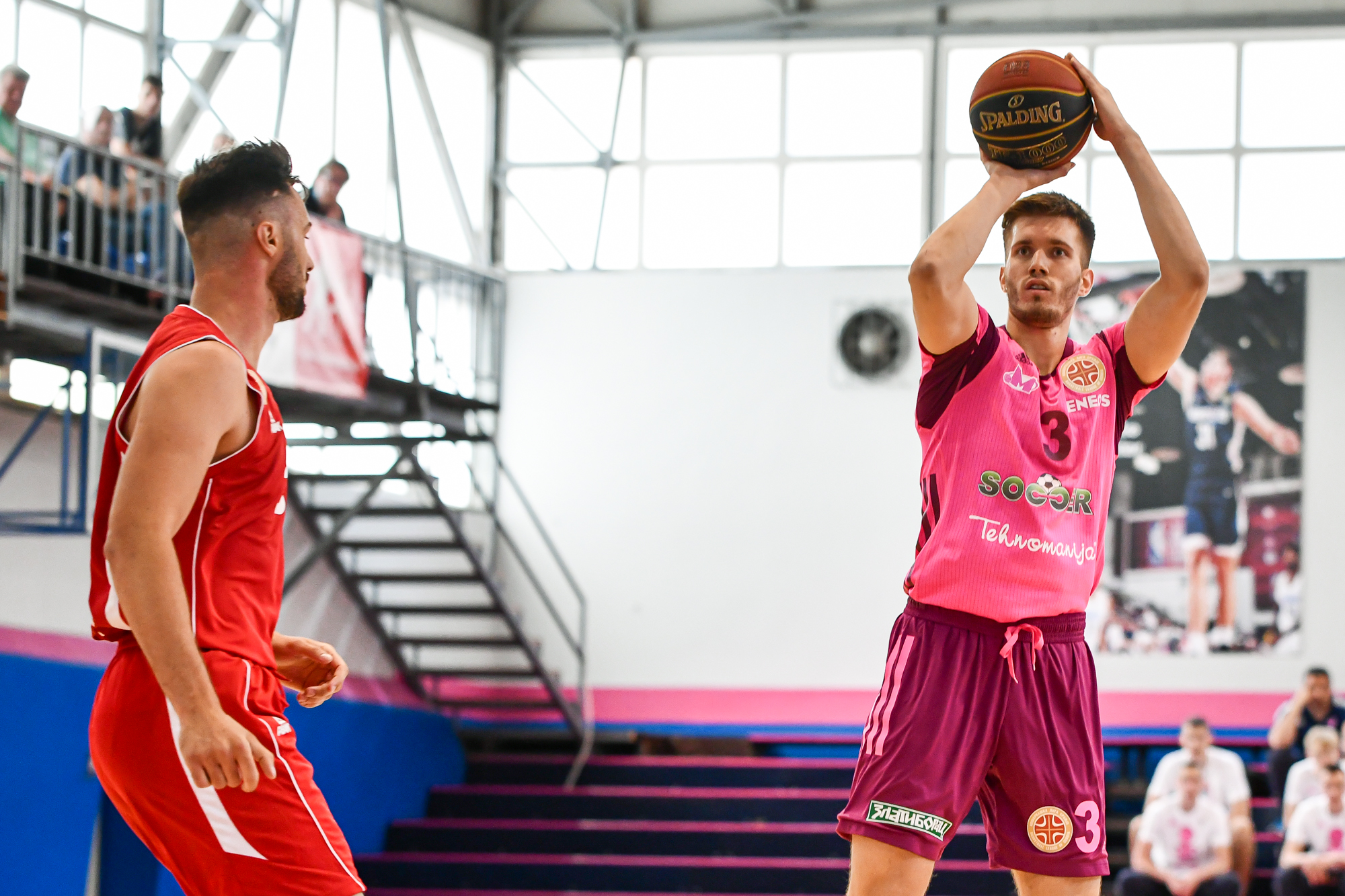 With this victory, Mega took the lead in the quarterfinal series with 1:0, and the team that reaches two victories will go further. The next match will be played on Saturday, May 29, at 12 o’clock in Novi Sad.

Before the start of the match, the juniors of Mega were greeted with applause when they came out on the floor of the Mega Factory hall with all the currently won trophies this season, trophies for the won ABA junior league, Roda Junior league of Serbia and the qualifying tournament of the junior Euroleague. Juniors of Mega are expected to compete in the final tournament of the Junior Euroleague from June 3 to 6 in Valencia. 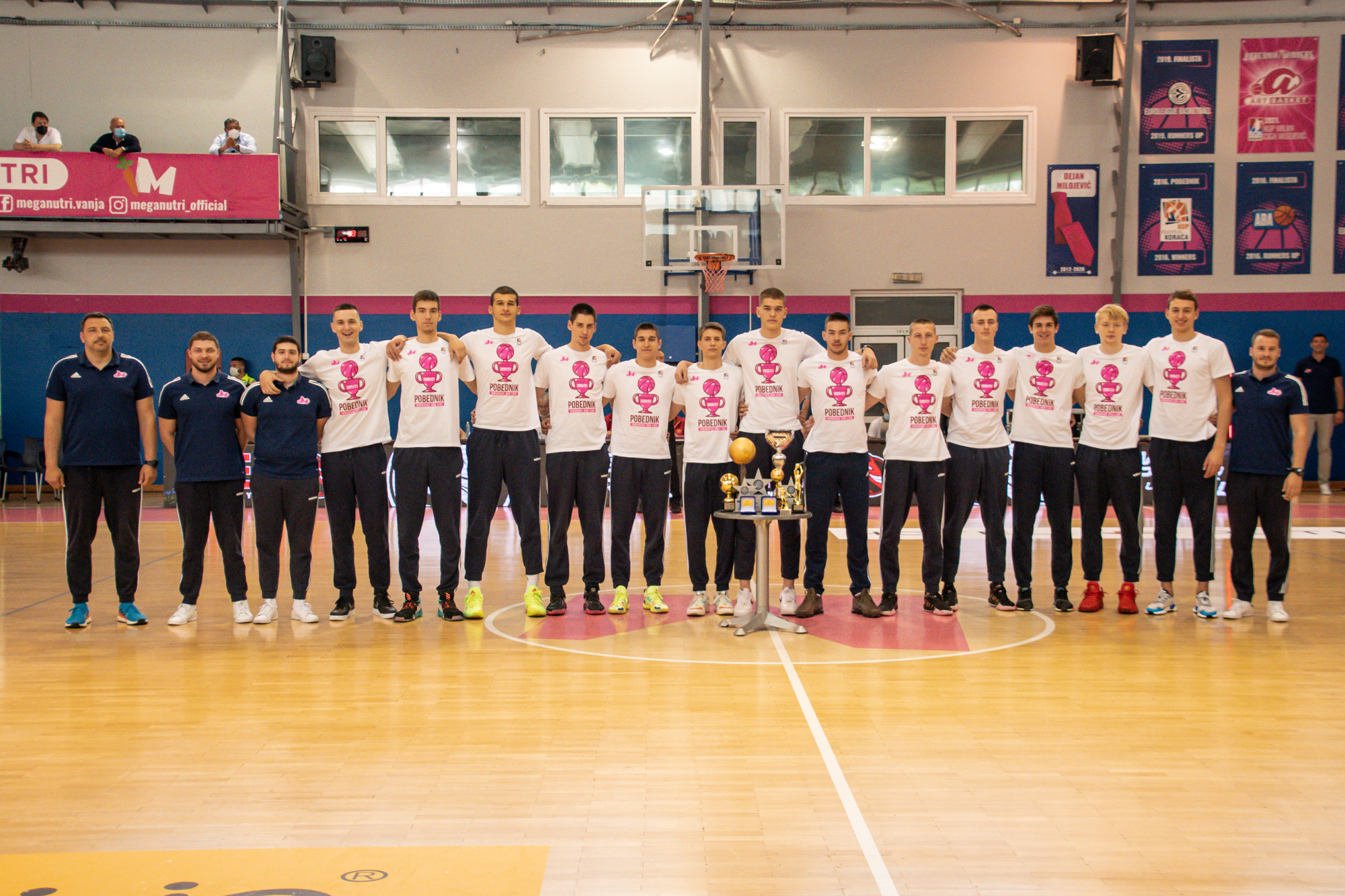 Mega started the match with the following five: Tepic, Cerovina, Cazalon, Simonovic, Petrusev. Mega is in a shooting mood at the beginning of the game, where they reached an advantage of 11:2 with three three-pointers. Vojvodina did not allow Mega break away and scored two triples, but Petrushev for three points and from the paint kept the advantage of Mega to 20:14 with two and a half minutes until the end. The young center of Mega already had 14 points without a miss in the first quarter, and the result after ten minutes of the game is 28:20.

Mega’s excellent defense in the second quarter, where the team of Vojvodina was without points for almost five minutes, so after attractive dunks by Simonovic, Mega leads with 35:20. The guests from Novi Sad managed to connect the game in the attack, so Mega’s advantage began to decrease after they missed a couple of three point shots so guests managed to use that, so with Savic’s triple, they reduced the difference to eight points, 41:33 at halftime. 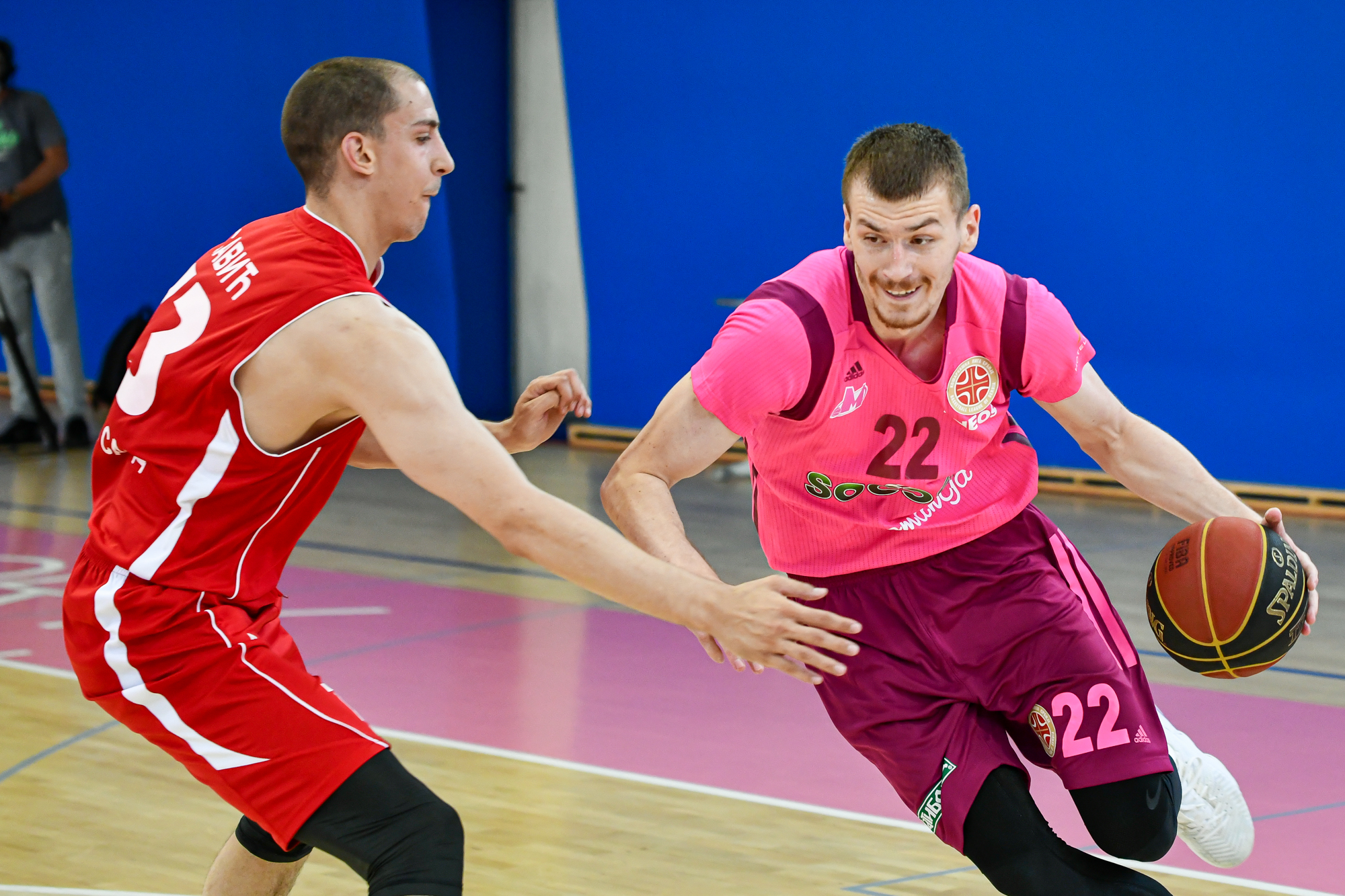 Simanić tied seven points at the beginning of the third quarter, so Mega leads 48:37. Mega continued with an excellent defense, Vojvodina had no solutions and the advantage grew to 17 points, 60:43. The finish of the period belonged to the guests, so the result before the last quarter was 62:49.

In the last quarter, the basketball players of Vojvodina did not manage to endanger the victory of Mega, who had an advantage of 18 points at one point, so the game was calmly brought to an end for the final 77:66. 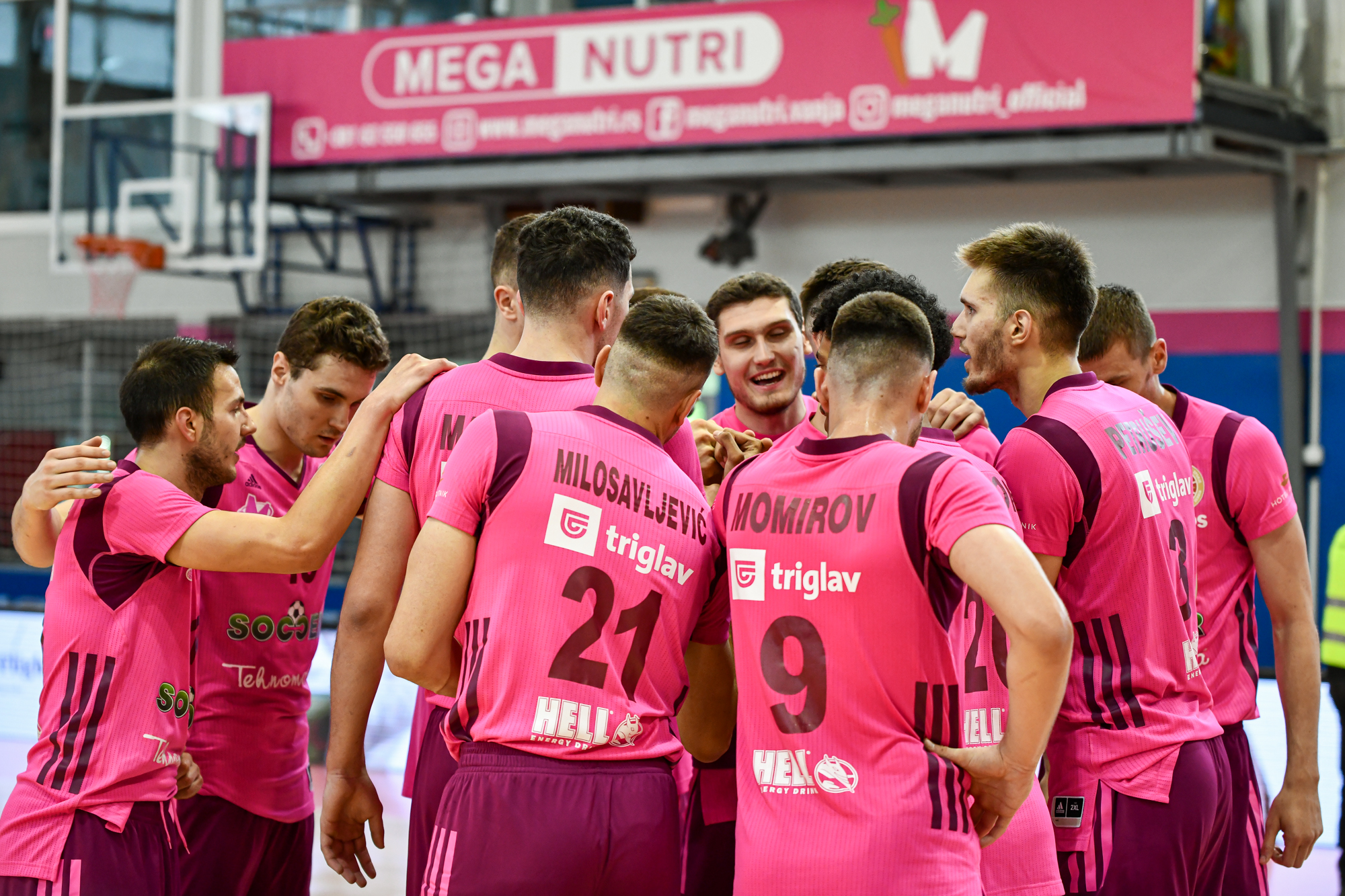