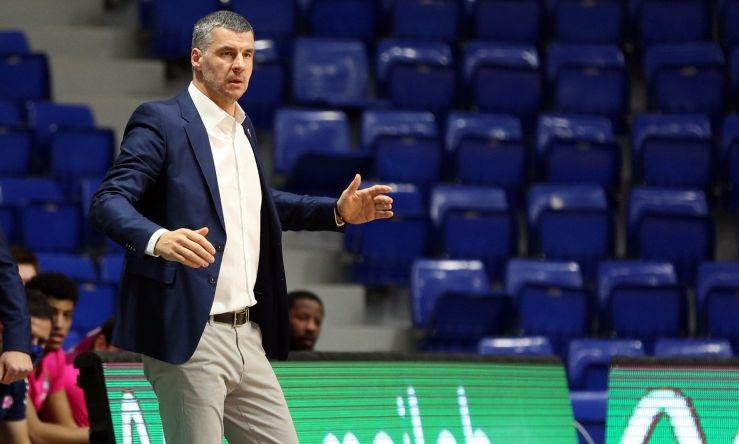 Mega Soccerbet lost in the game of the 24th round of the ABA league against Buducnost VOLI in Podgorica with 92:79 (22:27, 25:16, 27:24, 18:12). Coach Vladimir Jovanovic’s team played well in the first half at the Moraca Sports Center when they had an 11-point advantage, but Buducnost managed to turn the result around with shots from a distance, and then with a series at the beginning of the last quarter to resolve the match in their favor.

At the press conference after the game, Mega coach Vladimir Jovanovic pointed out that his team played well for three quarters:

– I would like to congratulate Buducnost and my colleague and friend Dejan Milojevic on a job well done. They know that they were very close to the semifinals of the Eurocup, which is what I wanted. We played a good game for three quarters, I think we controlled the game for most of the first half. Buducnost is a team that really has 12 players in rotation and each of them has the necessary quality for this level of competition. We were in a slightly shorter rotation after Scoochie Smith awkwardly stopped and twisted his wrist, so his playing was at 50 percent. With that rotation, we were not able to resist Buducnost. I have to be satisfied with the first three quarters, after which we failed to match Buducnost and which, after being eliminated from the quarterfinals, knowing Dejan, certainly had to react and show the intensity as they showed today,