Mega Soccerbet advanced to the finals of the Triglav osiguranje “Radivoj Korac” Cup, which is being held in Novi Sad, after beating Vojvodina with 82:75 (25:21, 25:22, 11:20, 21:22) in the semifinal match. Coach Vladimir Jovanovic’s team had a big advantage in the SPENS hall in the first half, but Vojvodina managed to get six points behind in the second half. However, Mega managed to repel the attack of Vojvodina and in a calmer finish to reach a triumph and placement in its fourth cup finals.

The most efficient in the ranks of Mega were Marko Simonovic with 18 points and Dayshon Smith with 17, while Filip Petrusev had 14 points and 13 rebounds. Nikola Gacesa stood out in Vojvodina with 22 points. 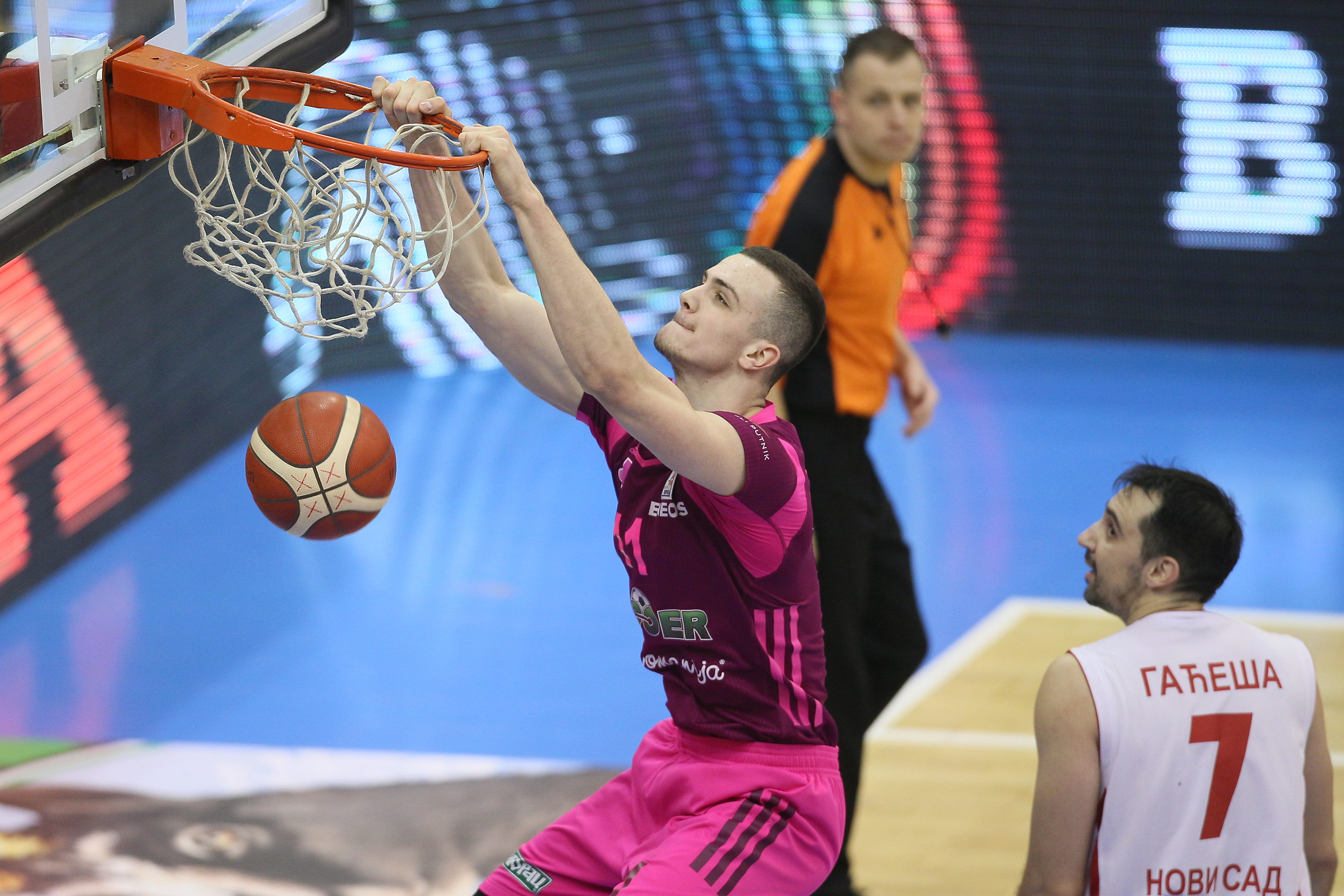 Mega Soccerbet will fight for the second trophy in this competition with the better team from the duel Partizan NIS-Crvena zvezda mts in its fourth cup final on Sunday, February 14 at 21:00 in the big hall of SPENS.

Vladimir Jovanovic started the match with the following five: Smith, Tepic, Momirov, Simonovic, Petrusev. Mega’s good defense at the beginning, where Petrusev closed the paint with two blocks. Simonovic and Petrusev first hit threes, and then they are accurate from the paint, so Mega leads 14:7 after five minutes of play. Mega continued with a great pace even after the time-out of Vojvodina, where after a good defense in the counter, they scored new points with a good role of Smith, so the result after the first quarter is 25:11.

After a somewhat slower start of Mega in second quarter, Tepic hit a three-pointer and then found Matkovic brilliantly under the basket for a 30:15 lead. In the following minutes, both teams were accurate for three points, so after the triple by Jovic, the result was 41:24. Mega also had a 21-point advantage, but Vojvodina managed to reduce the difference to 17 points with three pointers and two plus one for 50:33. 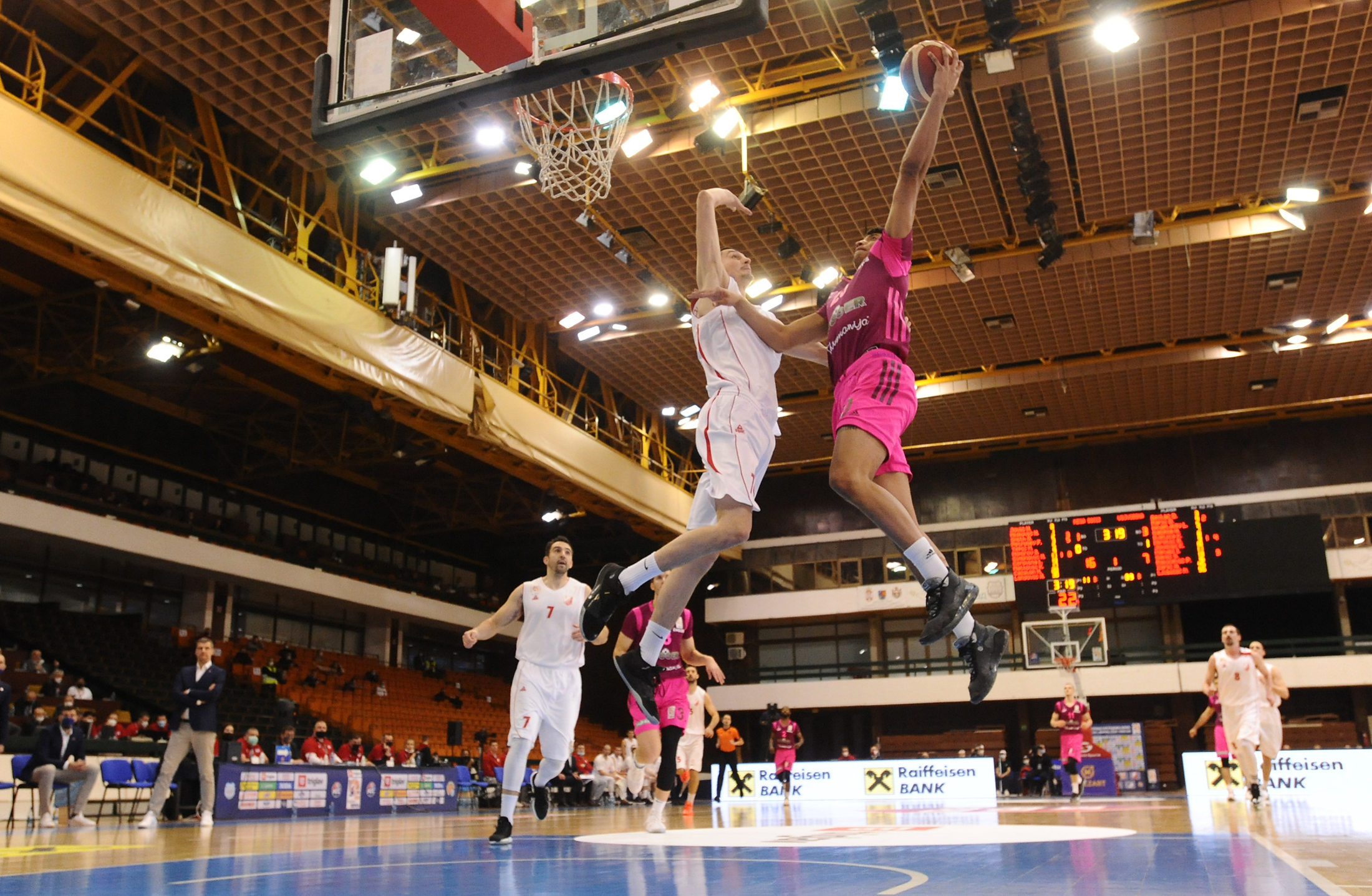 Mega had attacking post in the third quarter, where they was on only one hit three of Tepic for a few minutes, which Vojvodina used and came to 10 points behind, 53:43. Mega managed to start the game in the attack with points from Simonovic and Matkovic, but Vojvodina punished mistakes in Mega’s defense, so the result before the last quarter is 61:53.

A great fight was seen in the last quarter, Vojvodina approached to seven points several times, but Tepic in the key moments first hits tough long range field goal, and then in the counter hit lay up for two plus one for plus 10. Vojvodina once again threatened until the end of the game, but they Mega’s players were concentrated in the finish and deservedly came to victory and placement to the finals for the final 82:75. 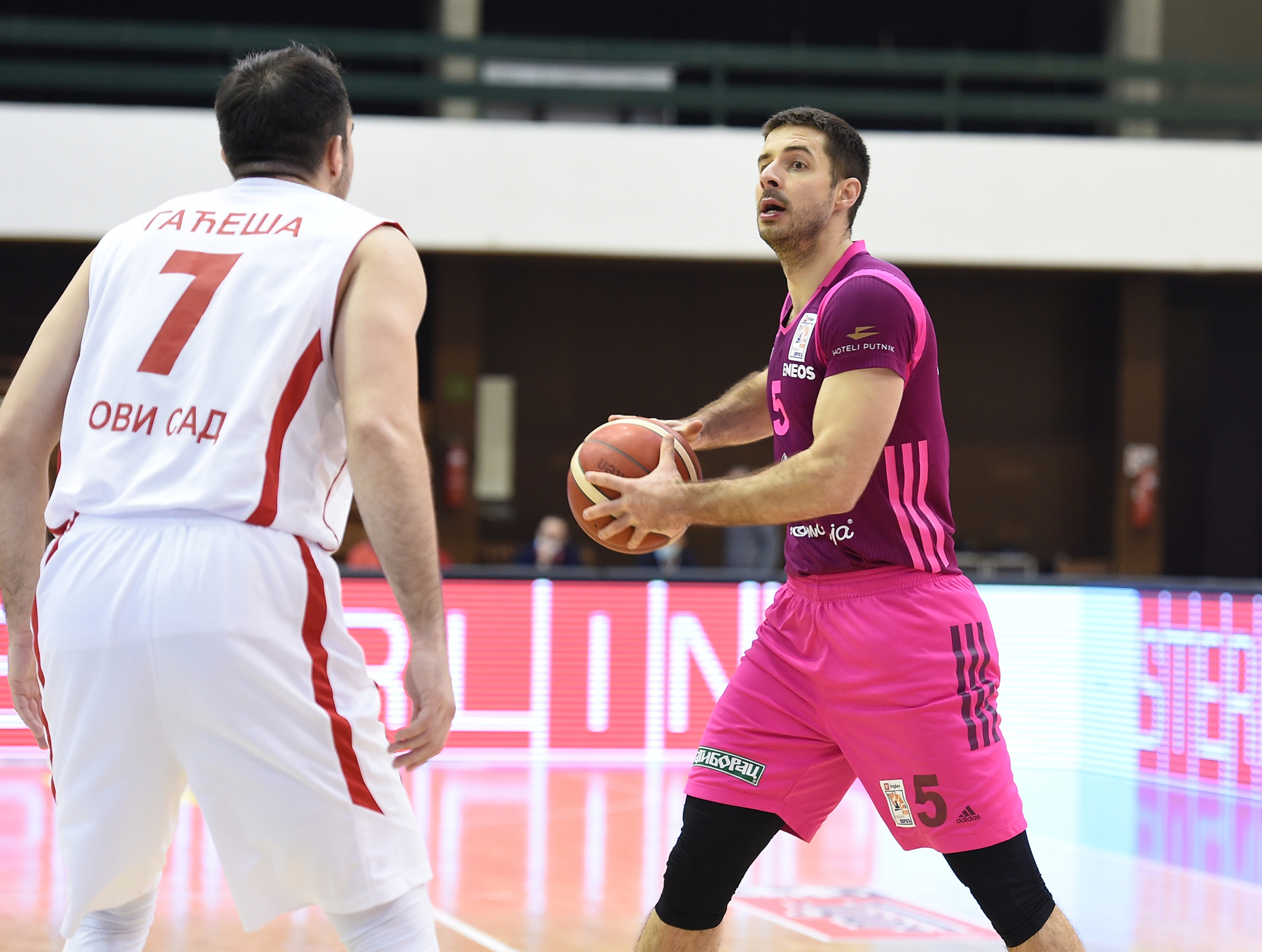