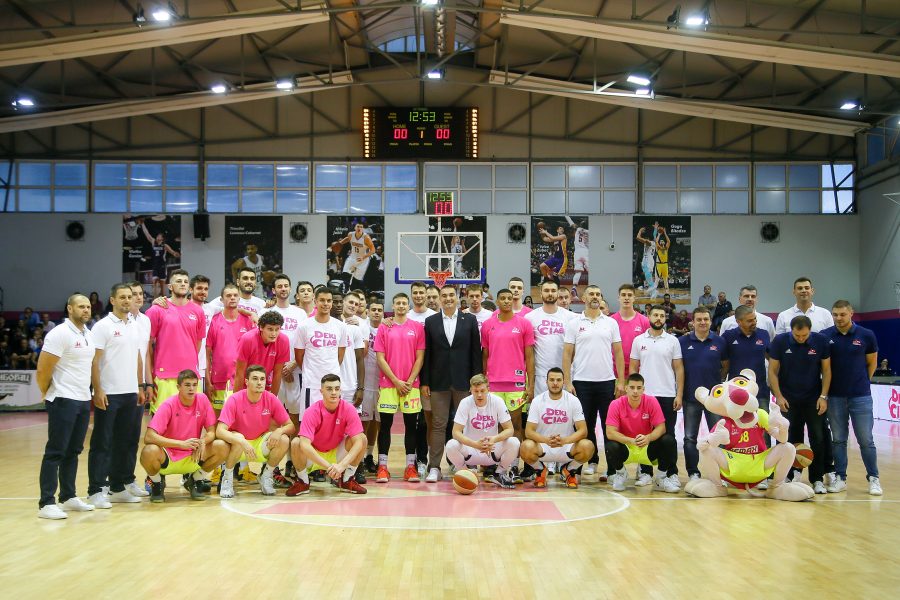 After 10 years in the club, eight of which were in the position of head coach, Mega said goodbye to Dejan Milojevic in the magnificent exhibition game “Deki Ciao”, which was played in the Mega Factory hall!

In the evening full of emotions, the team Mega Bemax, led by the new coach of Mega, Vladimir Jovanovic, and the team Deki Ciao, composed of players and coaching staff with whom Milojevic cooperated in Mega, played a game. The result was not important, the Mega Bemax team won with 103:112 and the game ended with a triple from Milojević’s son Nikola at 17.3 second to the end, which symbolically represents 173 victories of Dejan on the Mega’s bench.

The audience, among which were many big names from the world of basketball and sports, enjoyed every moment of this basketball gathering, which has started with the announcement of the game by Darko Peric, world-famous for the popular series “La Casa de Papel”, who wished Dejan a lot of luck in his career.

Just before the start of the match, the audience was greeted by a new surprise, as the world tennis player number 1 Novak Djokovic came to see Milojevic off, and Dejan in return gave him a Mega’s jersey with Novak’s name and number 1. 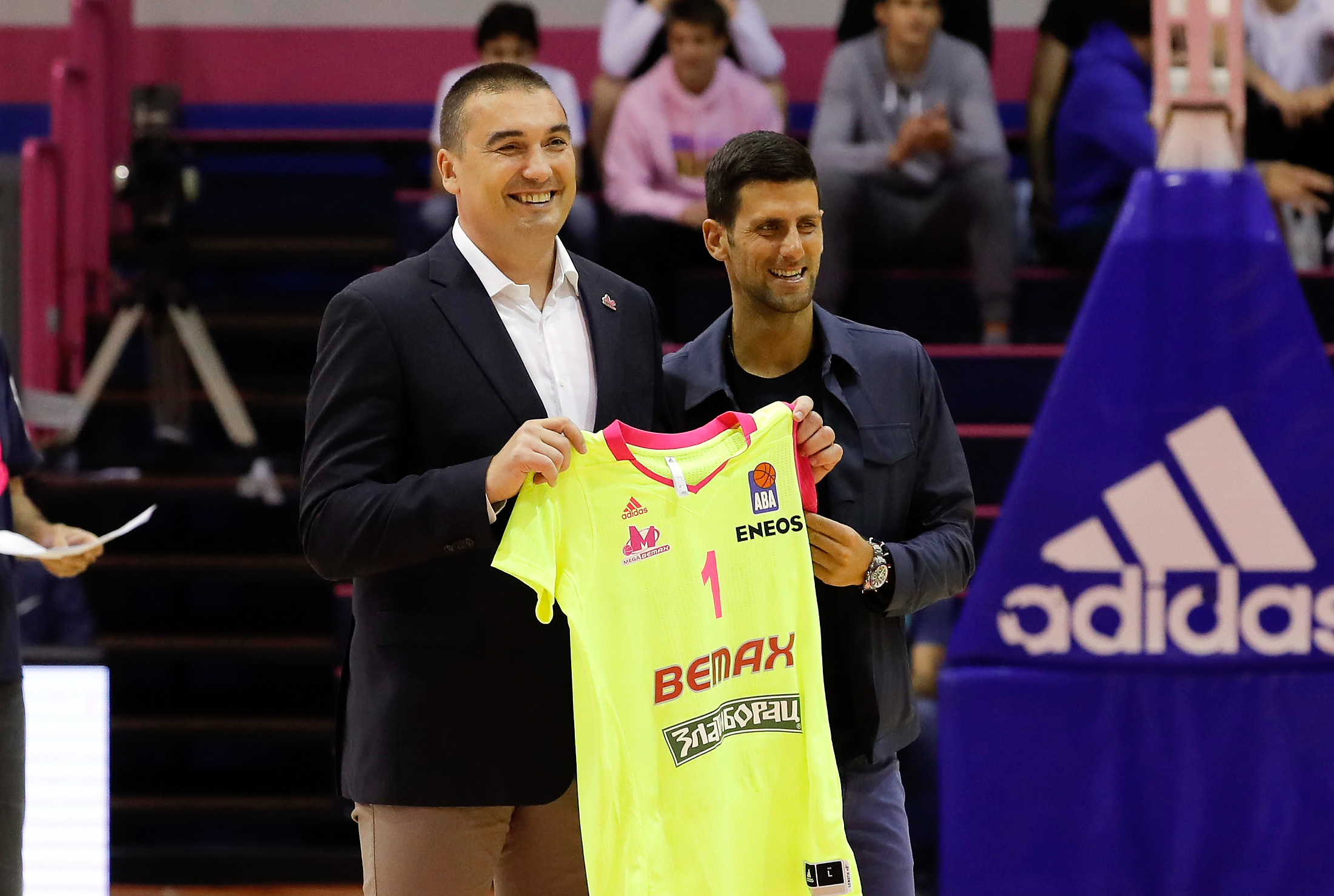 During the break after the first quarter, NBA star and former Dejan’s student Nikola Jokić gave his former coach a photo album on the occasion of 10 years spent in Maggie, and photos and memories only started to come to Milojević, who did not hide his enthusiasm for the gift. 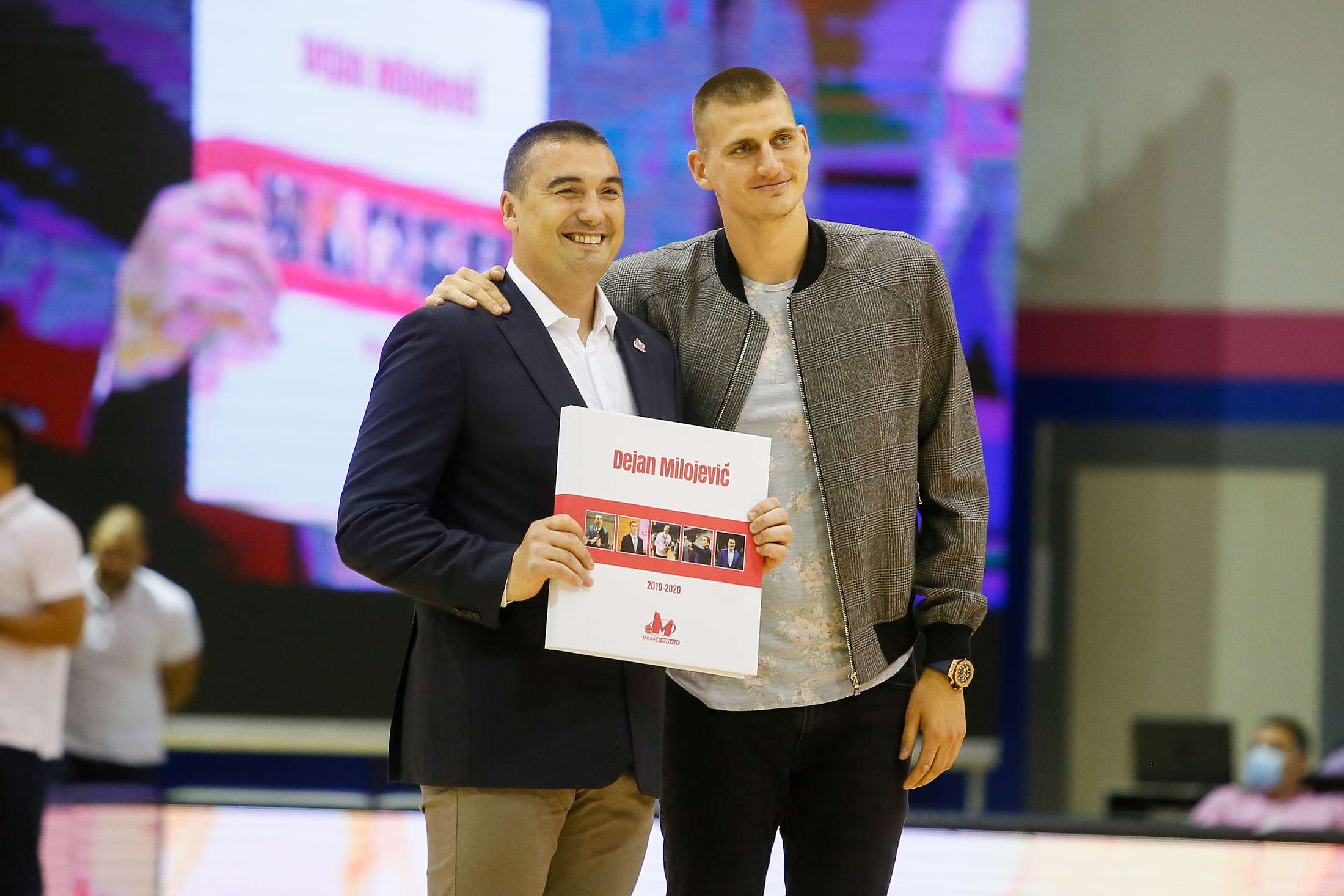 After the first half in which former and current Mega’s players magnified this event with attractive moves, before the beginning of the third quarter a short film dedicated to Mega was released, in which his former players said how much he meant to them in their careers, after which followed a thunderous applause.

The surprises for Dejan did not end because after the third quarter, the General Manager of Mega Bemax, Goran Cakic, on behalf of the club, gave Milojevic a framed jersey number 345, which is the number of games he coached in 8 years on the bench of Mega. 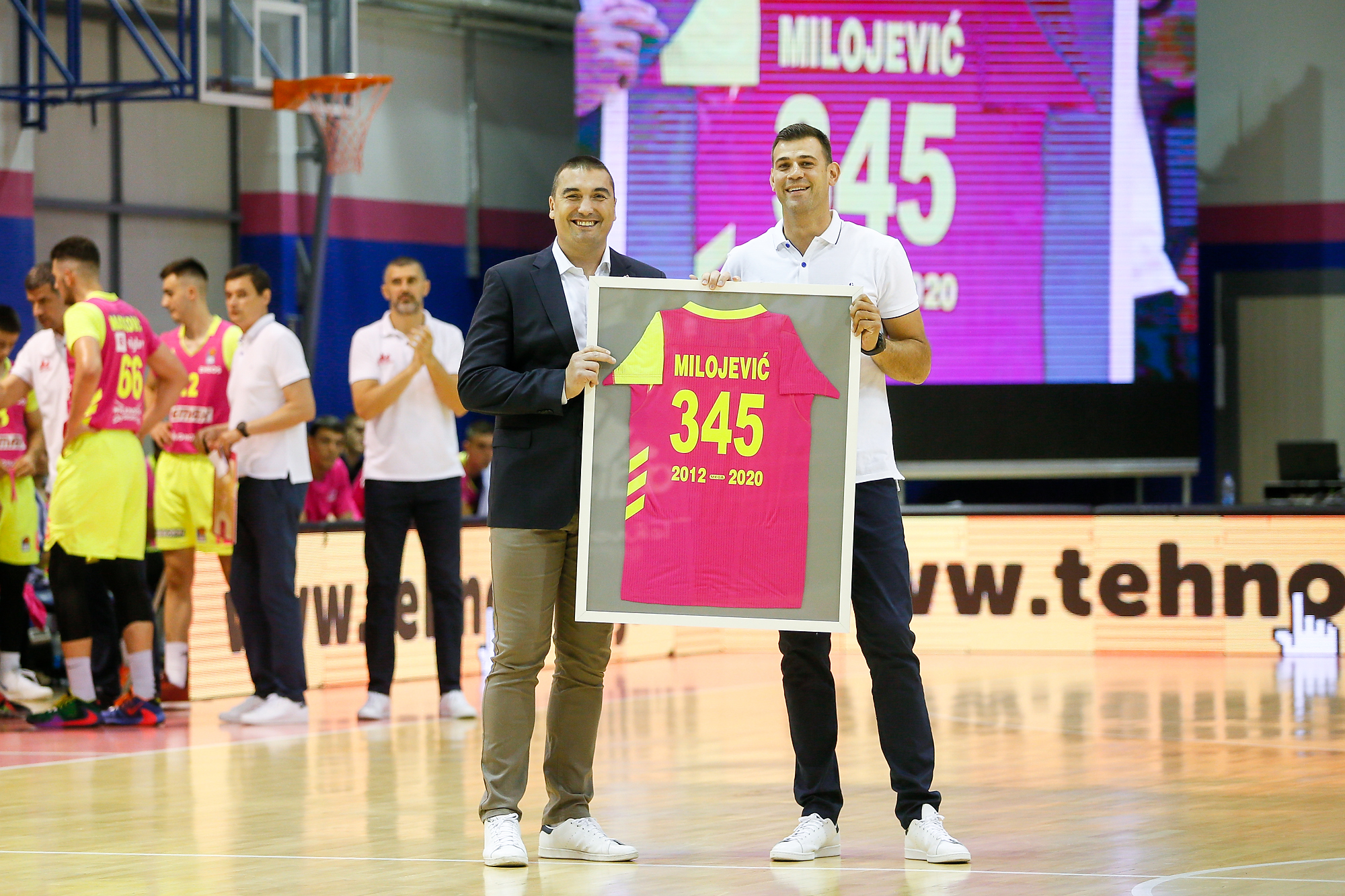 Two minutes before the end of the game, after the time-out, Dejan’s son and former junior of Mega Nikola Milojevic entered the game for Deki Ciao’s team, and with his triple the game ended in 17.3 seconds. Then, all the participants of the “Deki Ciao” event gathered on the court, where in a beautiful ceremony Deki’s tie was unveiled on the wall of the hall behind the bench of Mega, which brought this wonderful basketball event to an end. 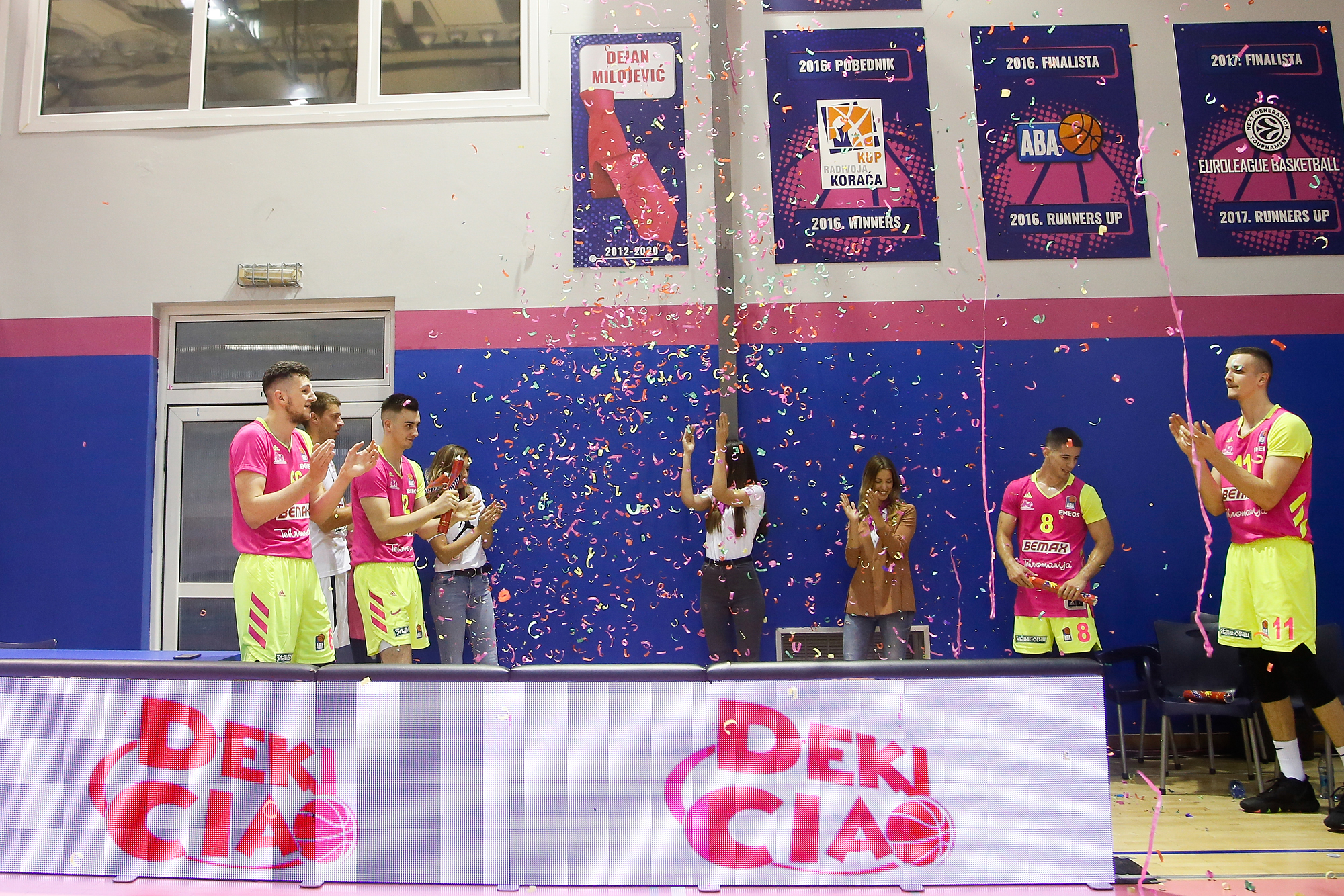 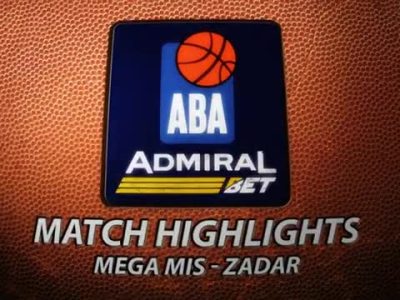