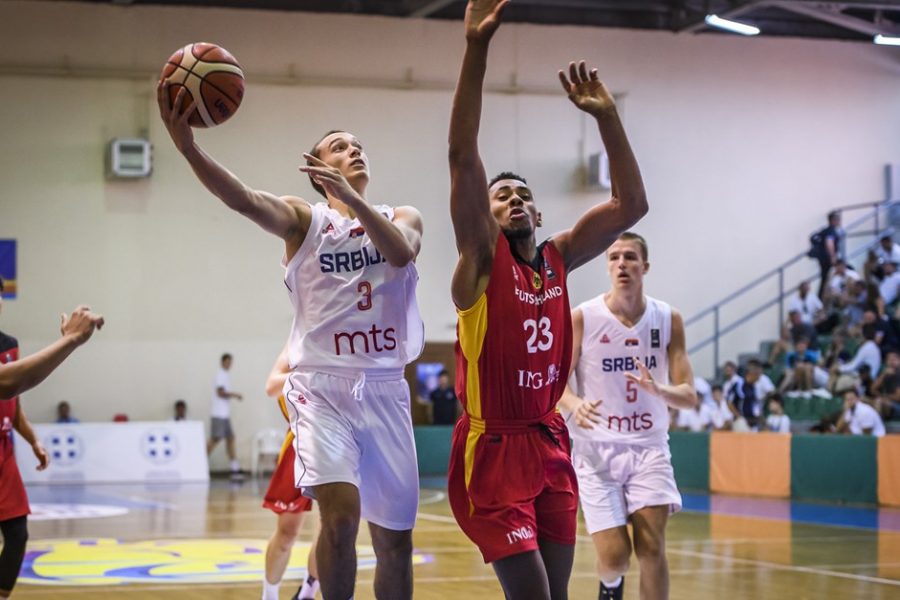 Serbia Under-18 national team defeated Germany with 76:74 within the game for the 9th-12th place in the U18 European Championships in Volos, Greece.

Marko Kljajevic scored 9 points, 6 rebounds, 1 assist, 1 steal and 2 blocks in the defeat of Montenegro against Italy by 67:78.

The last game of the European Championship in the fight for the 9th place Serbia will play against Italy on Sunday at 15:30, while from 13:15 Montenegro will play for the 11th place against Germany.