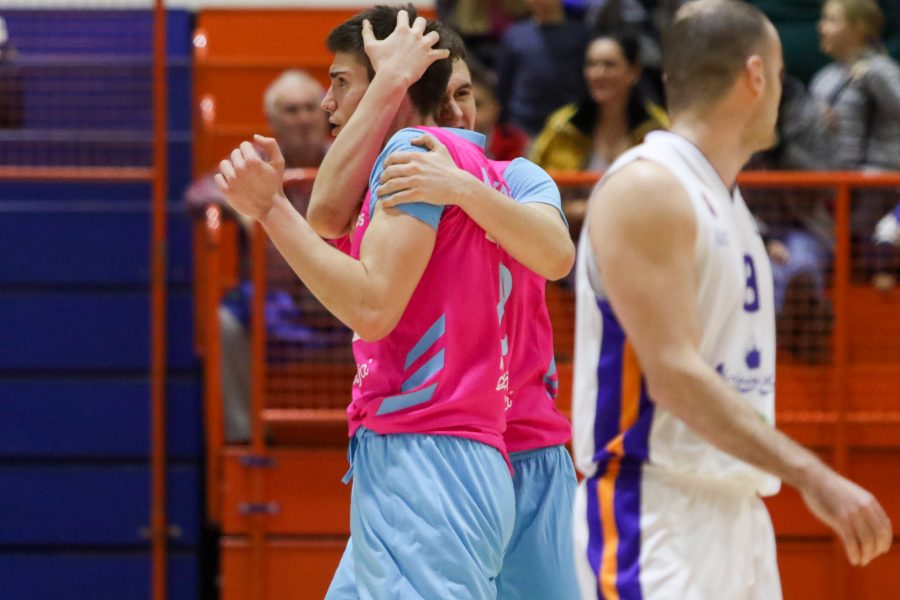 Mega Bemax recorded a very important victory in the fight for the play-off since they beat Mornar after major reversal with 82:80 (14:21, 23:15, 16:22, 29:22) in the 16th round of the ABA League in Sremska Mitrovica. The players of coach Dejan Milojević in a great atmosphere in the hall PSC Pinki were trailing 15 points in the third quarter, but in a thrilling finish they came to victory after defending the last attack by Mornar. The coach of Mega Bemax at this match could not count on Kostja Mushidi, Adam Mokoka and Andrija Marjanovic while Luka Cerovina and Aleksandar Langović were in the roster for the first time in the ABA League. Cerovina played a great match where, in 26 minutes, he had 9 points, 3 rebounds, 2 assists, 3 steals and 2 blocks with a plus 26 while he was in the game. 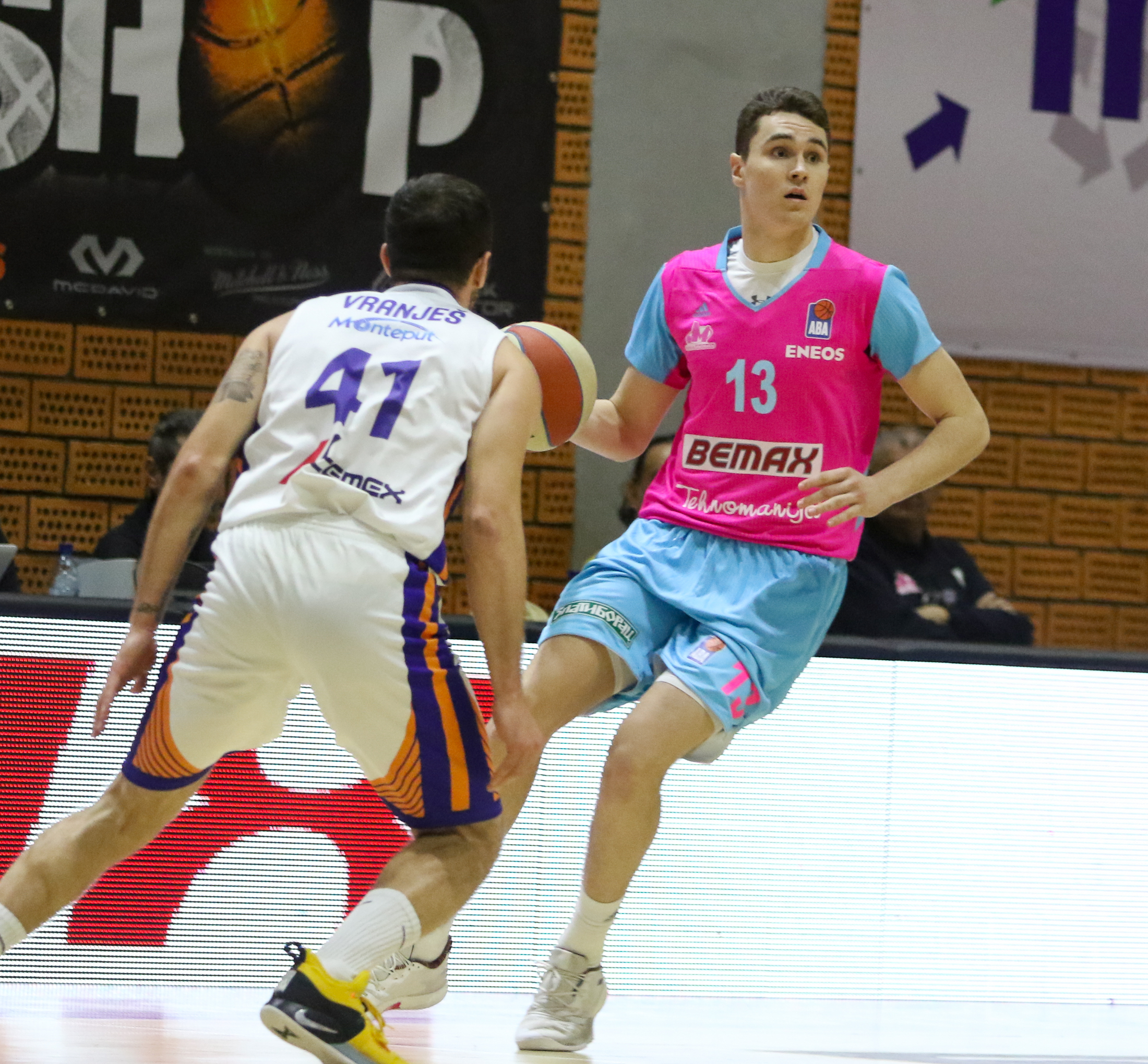 After the 16th round of the ABA league, Mega Bemax has a score of 9-7 while Mornar has stayed on 6 wins. In the next round on January 26th at 7 pm, Mega Bemax is playing away against Partizan NIS.

Before the start of the match, the audience at the PSC Pinki Hall welcomed former captain of Mega Bemax Nikola Rebic, who on behalf of the club was presented gift by the general manager Goran Cakic. 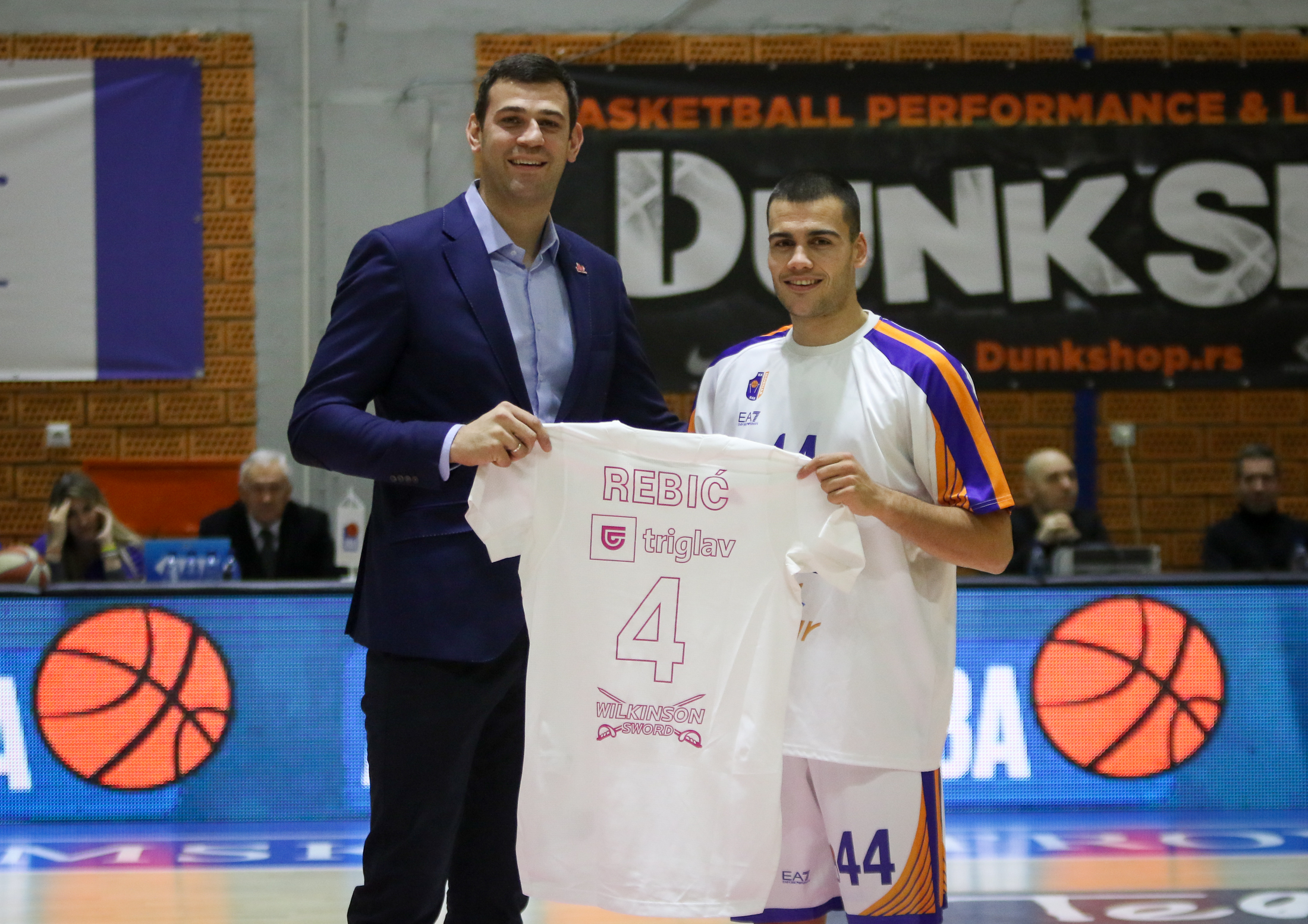 Dejan Milojević started the match with Carapic, Janjic, Atic, Fundic and Nikolic. Nikolic was good at the start of the match, but he quickly went on the bench for two personal fouls. Guests with a series of points reach the advantage of 3:8, which Stanic interrupts with a great dunk after a great action. There followed a bad period in the game, and Mornar managed to take a lead 10:19. In the game for the first time this season enters Cerovina which from the first contact scored a triple from the corner and then greatly steals the ball. Nevertheless, Mornar with tip in in the last second lead with 14:21 at the end of the first quarter.

By the middle of the second quarter, Mega kept up the pace with the guests, but at the score of 26:29, Mornar made the series 0: 7 and went on to double-digit advantage, 26:36 woth 3 minutes to the end of the half. Atic and Miskovic moved Mega in the offence, after offensive rebounds and steals. Miskovic drops a three-pointer for minus 2, 34:36, Atic hits one free throw, and in the last attack, Carapic hits the heavy lay-up under hand for the 11:0 series and 37:36 at halftime for Mega. 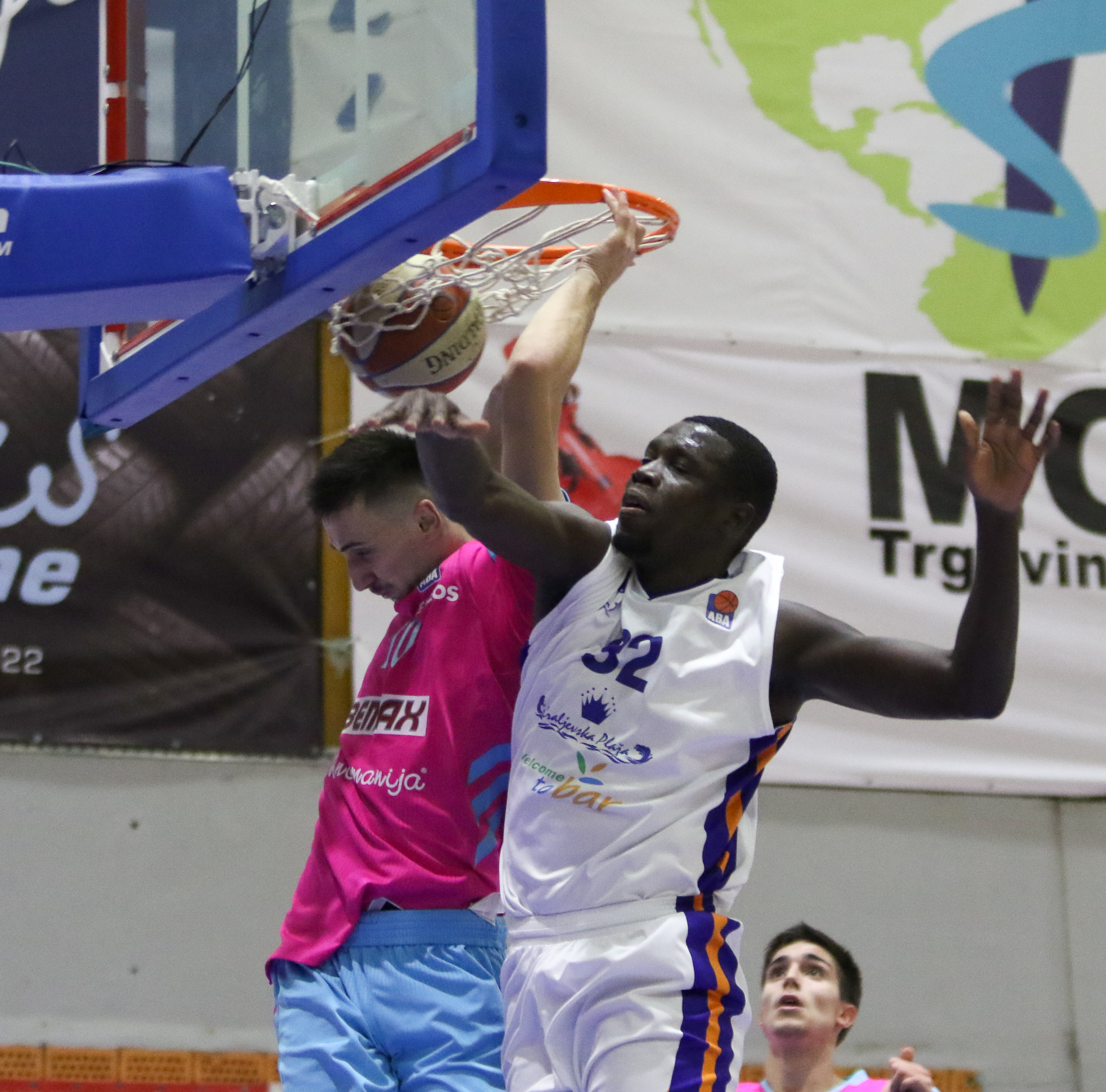 The extremely bad start of the second halftime for Megawhere the Mornar with series 0:15 comes to a convincing advantage that at one point was 15 points. Fundic and Atic managed to start the Mega in the attack, followed by a great finish where Cerovina hits three with 14 seconds until the end, and then Asceric after rebound hit from his half for 53:58 before last 10 minutes.

The excellent game of Mega continued, Atic and Cerovina hit the triples, then Atic took the lead from the free-throw line, 65:64. Teams were shifted in the lead up to 3 minutes before the end Mega with series, which ended with Atic dunk in counter, for 79:72 with 46 seconds to the end. However, in free throws finish, guests are able to take advantage of the missed shots of Mega from the free throw line and score was 81:80 with 10 seconds to finish. Ratkovica is fouled, hits one free throw, and in the rest of the time, Mega manages to defend Rebic’s entrance and eventually celebrates with 82:80. 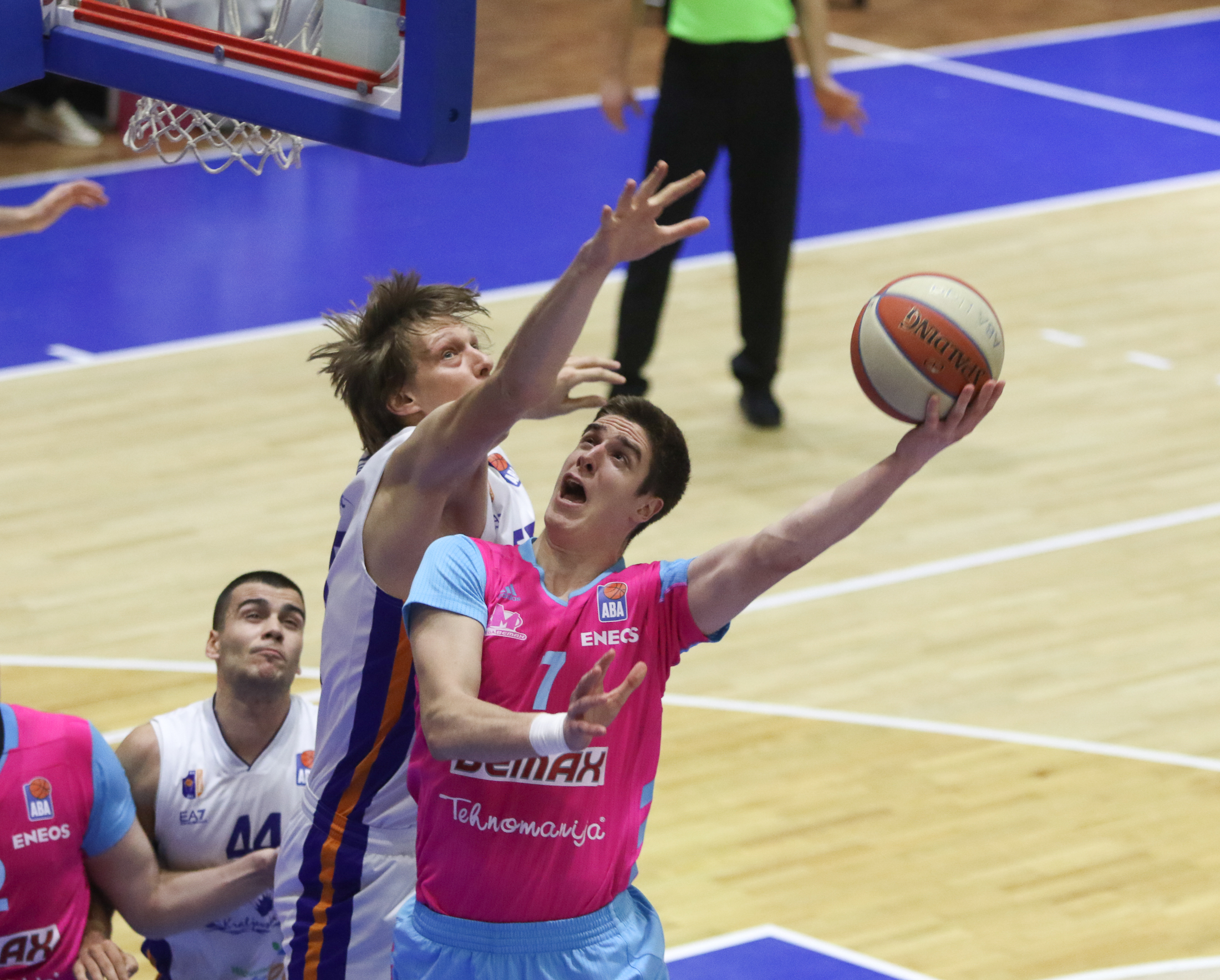 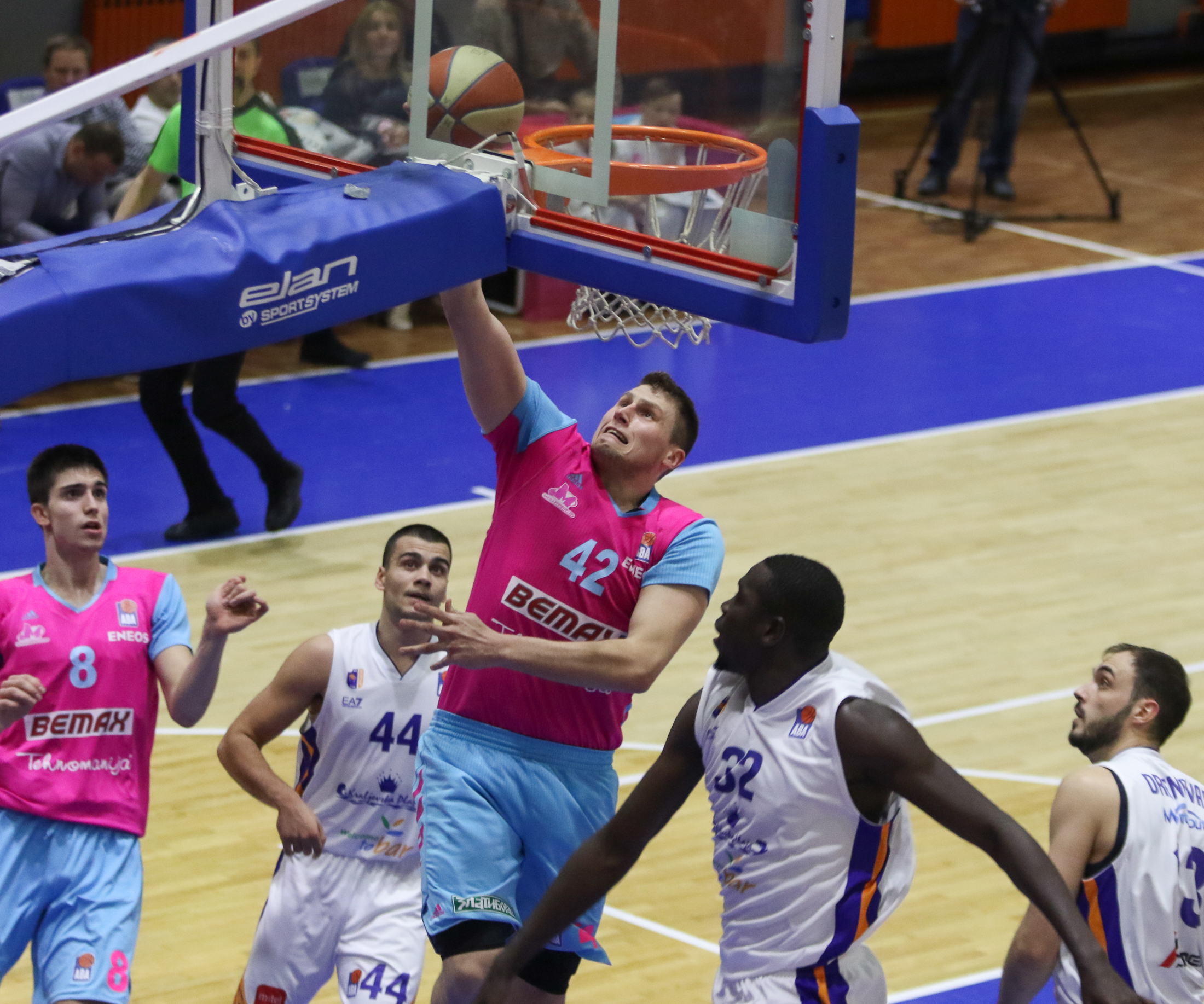