Serbia U18 national team won a gold medal at the European Championship since they won against the hosts of the championship in the final, the juniors of Latvia with 90:99.

Among the 12 golden juniors there are 3 players of Mega Bemax, Pavle Kuzmanovic who scored 3 points in the final, as well as Altin Islamovic and Luka Cerovina who did not score.

In the match for the 7th place, Montenegro lost to Great Britain with 68:70 with 10 points and 4 rebounds by Igor Drobnjak while Marko Kljajevic did not enter the game.

By winning the gold medal, juniors of Serbia defended the European throne won last year at the U18 European Championships in Slovakia, when the MVP of championship was the player of Mega Bemax Nikola Miskovic. 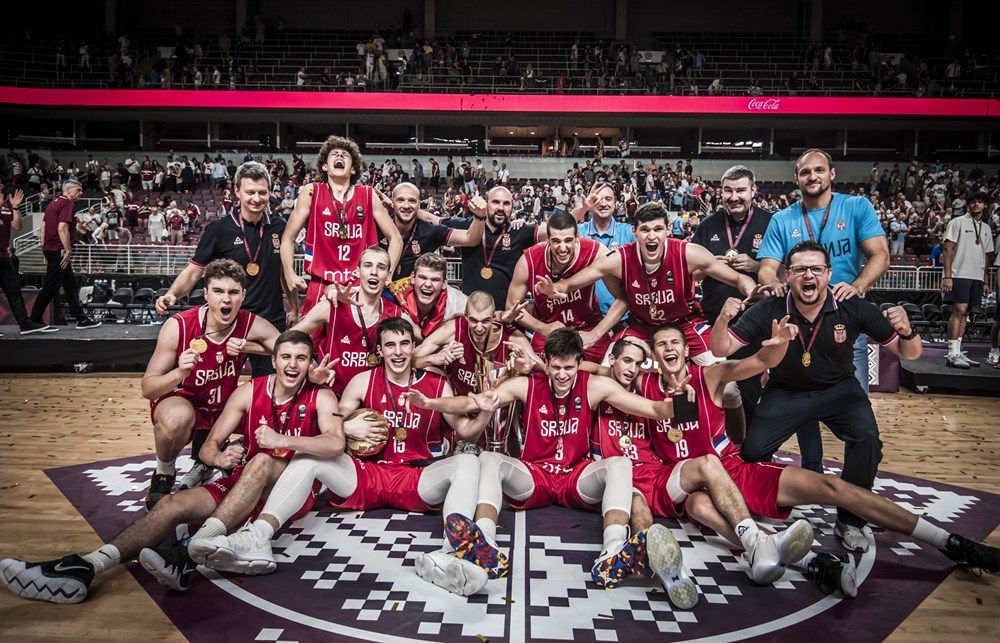