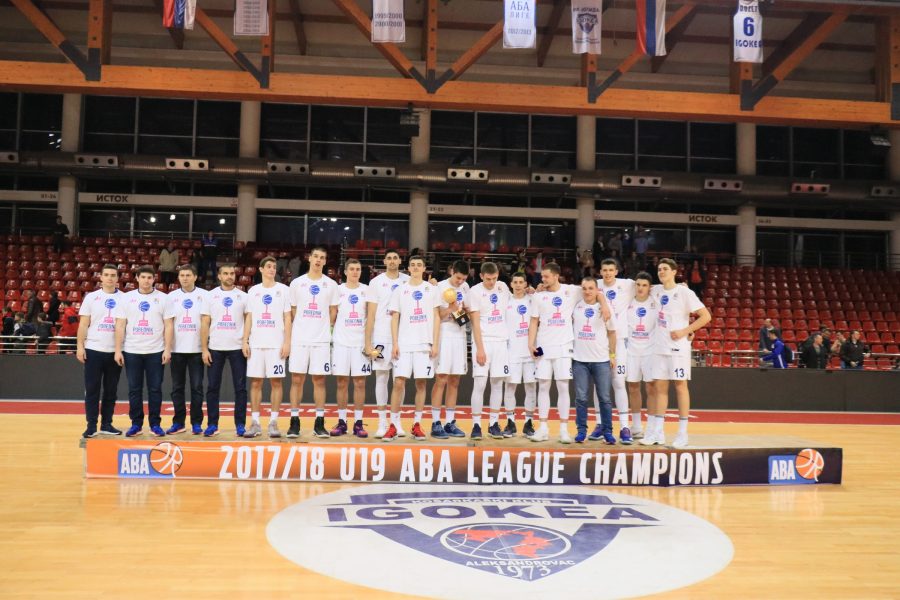 By winning Junior ABA League title, Mega Bemax continued kept up the continuity of success with younger categories and once again confirmed its clear commitment to investing in the development of young players. Last season, Mega’s pioneers became the champions of Serbia and the winners of the Mini Cup in Nis, cadets are the vice-champions of our country, while the juniors have reached the finals of the national championship and junior Euroleague. All this is a consequence of extremely professional work, because the renown coach with trophy pedigree in the senior competition, the winner of three national cups (FMP, Bosnia, Crvena zvezda) and the championship of the ABA League (FMP) – Vlada Vukoicic:

– Junior ABA league is a very high quality competition, since a significant number of clubs in the region are putting a lot of energy and effort into younger selections, and it has long been known that in the area of ​​former Yugoslavia most of all work best with young players. The idea of ​​the Junior ABA League is extraordinary, a project to be supported, as in the future, basketball will certainly bring benefits. I have to praise the extraordinary organization, as well as the great hospitality of the hosts who have really tried to get everything done in the best order, 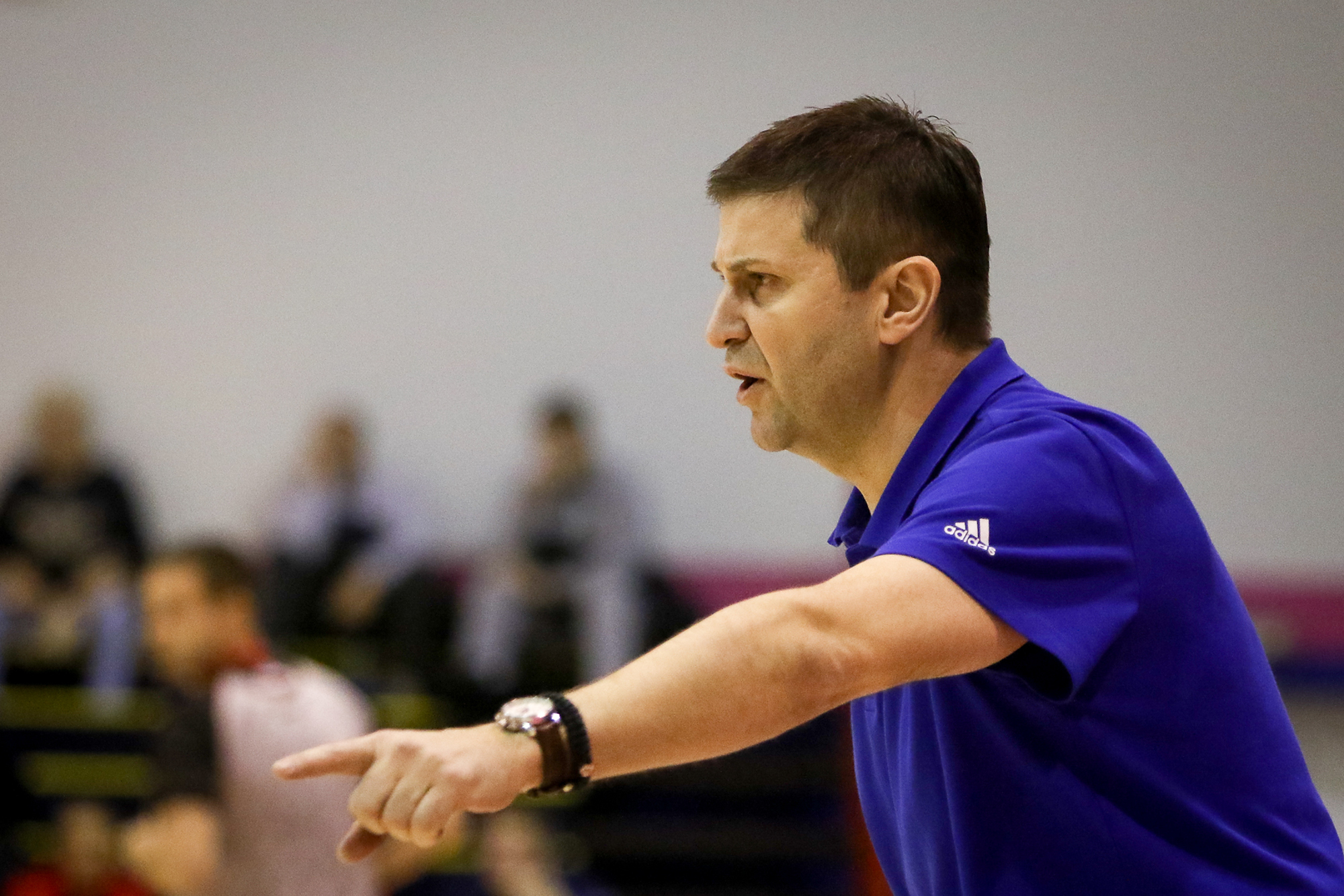 Mega won against Crvena zvezda with 82:60 in the finals, while Goga Bitadze and Andrija Marjanovic were selected in an ideal five tournament, which is another award for Mega Bemax.

– Zvezda has an excellent team, has worked well with younger categories for years, which makes our success even bigger. For the first time we had a this roster that is why for us perhaps the semifinal game with Igokea was more difficult. When we broke ice we gained the necessary sureness. Duel with Zvezda we resolved in the third quarter with excellent defense, allowing the rivals to score only nine points.

Mega profiled and became widely recognized for the development of young players. Since this season, Mega has a training hall in the settlement of Brace Jerkovic, thus fulfilling another precondition for even better results, and Vukoicic as coordinator in the work of all younger selections points out:

– All these successes that have been achieved in recent years, including this one in Laktasi, are an integral part of a much longer-term work-based system based on youth, and part of that system is Dejan Milojević, who sublimates all the work in the first team and minimizes the problem when players from junior go to senior competition. At our disposal, we now have a hall Mega Factory, which is available to us for 24 hours, with all the accompanying contents and structure, with which this system is fully rounded up,

says Vukoicic and then adds:

– Winning a trophy is not our primary goal in working with younger categories. Each cup is sure to bring us great pleasure, first of all because of the sponsors and friends of the club that greatly support us and believe in what we do. But the way we select players, how we train them, and how we want to play as a team through all the selections, is our main goal because the most important is the appropriate maturation of those players who in the future should play modern basketball. Laurels after the triumph in the Junior ABA league will last for a couple of days, but we have training Monday afternoon, on Tuesday we are playing a game where we again need to show everything we do at the training and which is one step in the progress of these guys. In the end, it all comes down to as many as possible of them to be ready for the training process of the first team and to be available to the coach Dejan Milojević, that he can seriously count on them. That is how every selection is conceived, 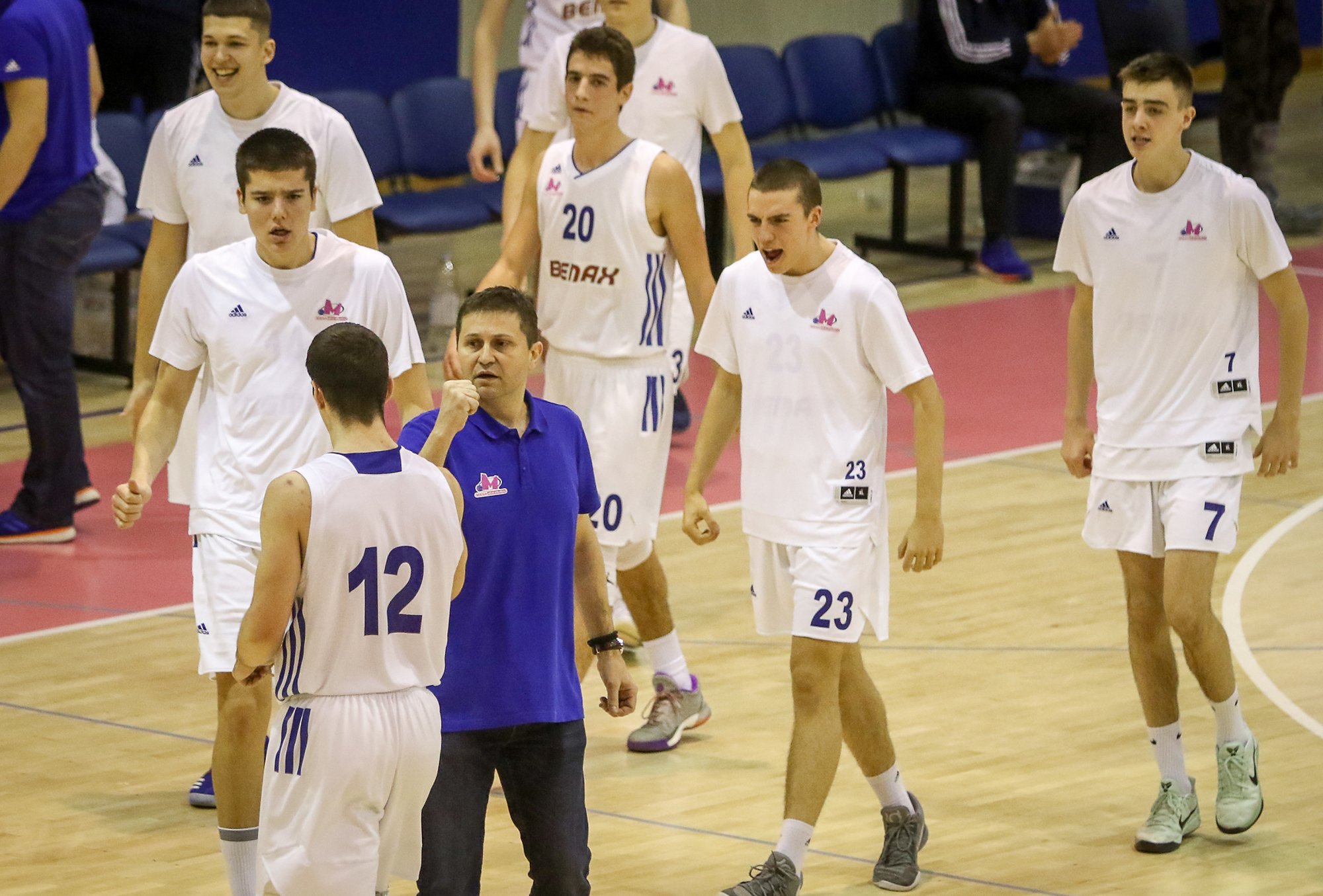 The final match of the premiere edition of the Junior ABA league in the Mega Bemax jersey was marked by Andrija Marjanović and Goga Bitadze. Marjanovic, along with the choice in an ideal five of Tournamet, with 25 points earned the epithet of the best shooter:

– This recognition means a lot to me, because it is proof that I have done my best and helped the team to reach the first place,

says talented basketball player who moved from Barcelona to the ranks of Mega:

– When I compare work in Barcelona and here, it is evident that in Mega, at practices, much more attention is given to detail and individual work. Great chance is given to young players, which is a rarity anywhere in Europe. To me, much meant returning Serbia and working with our coaches, and I am sure that Mega is the right envinronment for progress, 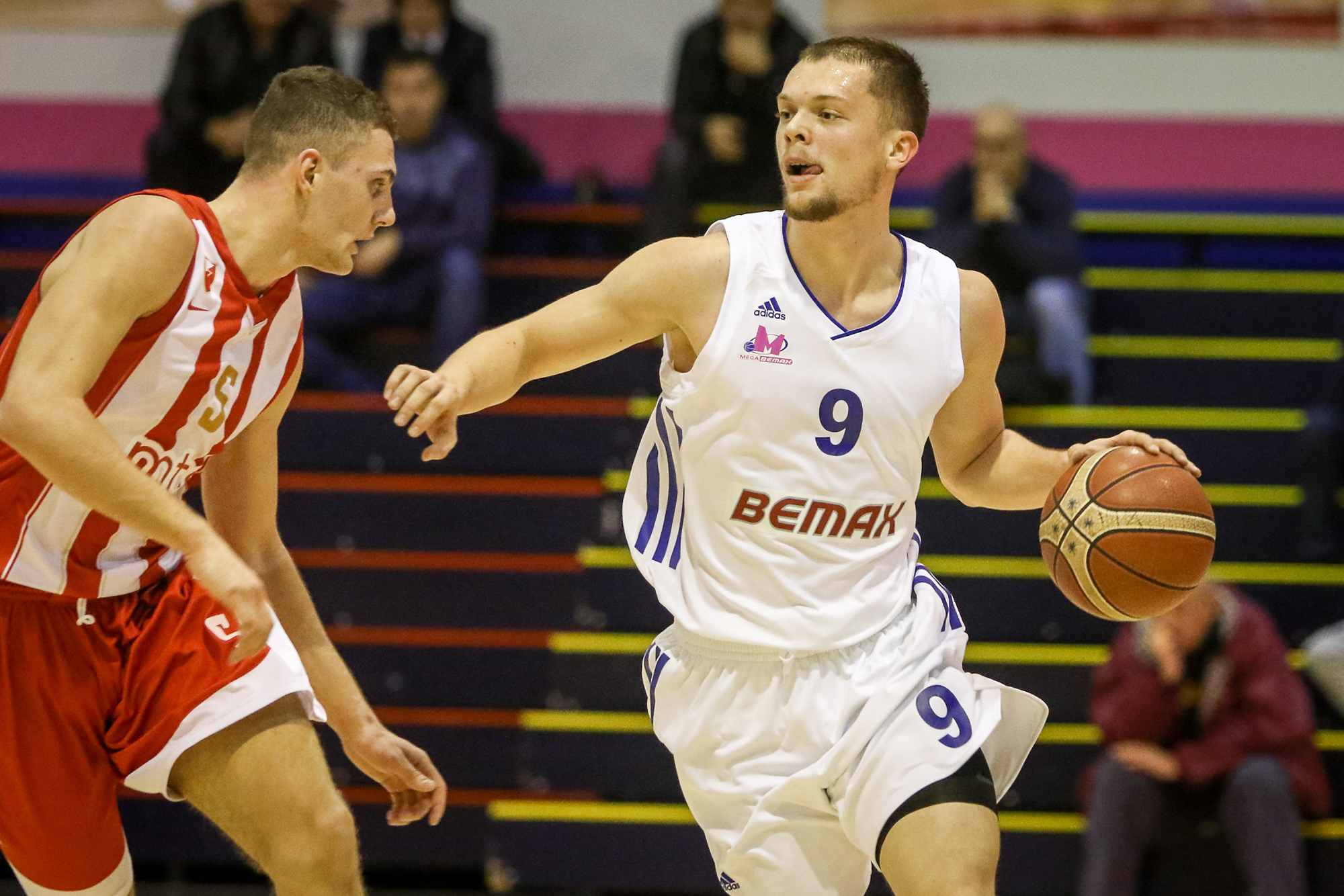 Marjanovic noted, and then his teammate and Georgia NT member Goga Bitadze continued:

– We are very happy about this title, especially since this was the first edition of the Junior ABA league. In two days we played two heavy matches, with Igokea and Crvena zvezda and in the end we came out as winners. It is certain that this is a great motive, both for the team, and for all of us individually to continue to grow through the practices and games that will follow, 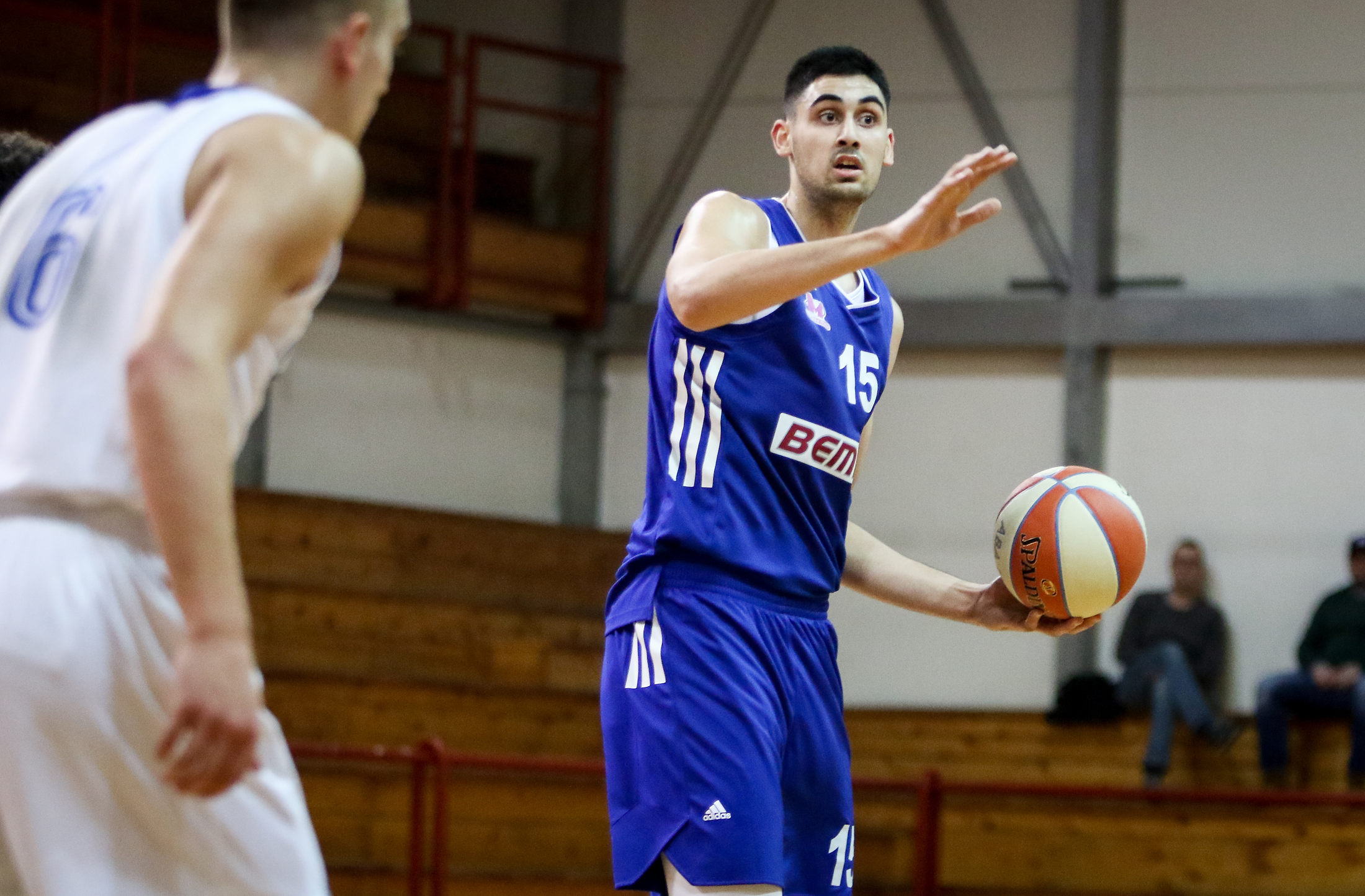 Juniors of Mega with coaching staff will be special guests at the match of the 18th round of the ABA League on Tuesday at 20:00, that senior team plays in Sremska Mitrovica against MZT Skopje Aerodrom.