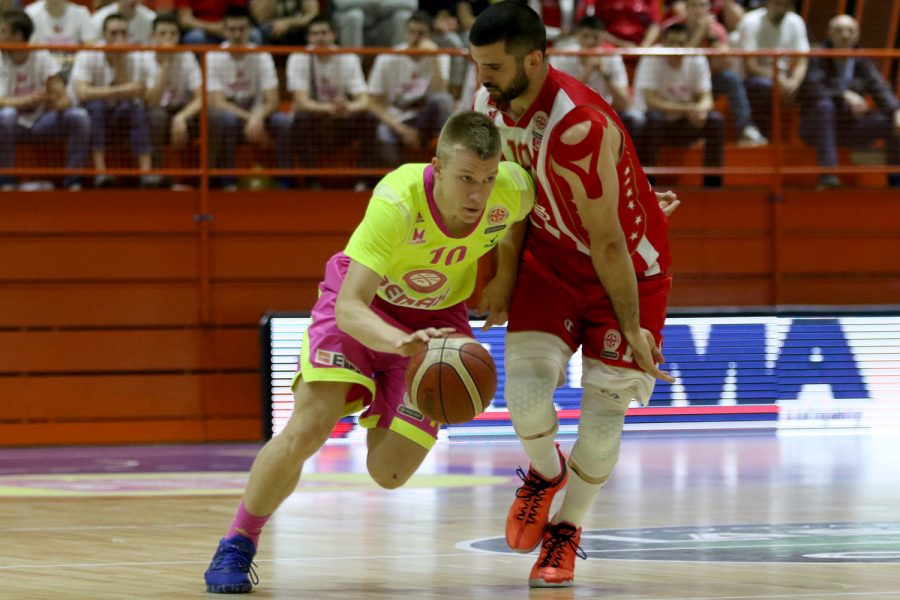 Players of Mega Leks in front of the 2,000 spectators in the hall PSC Pinki in Sremska Mitrovica played a good match within the 11th round of Mozzart Super League, but at the end Crvena zvezda mts celebrated with 67:73 (18:17, 16:21, 19:20 ,14:15). Guests in mid last quarter came to plus 11, Mega has managed to reduce to 5 differences, but they were not experienced in the attack in the decisive moments, so guests finally came to victory. Coach of Mega Leks in this match could not count on the injured Vlatko Cancar, while a part of roster was Marko Tejic, but he did not enter the game.

The most efficient in the ranks of Mega were Kostja Mushidi with 16 points and Radosav Spasojevic and Jovan Novak with 12 while in the opposing team the best was Stefan Jovic with 20 points. After 11 rounds, Mega Leks is in 4th place with a score 6-5, and the next match will be played on Sunday from 20 hours when Mega will play away against Dynamic.

Special guests at the match with Crvena zvezda were juniors of Mega Bemax who are at the recently held tournament junior Euroleague in Istanbul won the second place, because previously on the way to the final mastered Real Madrid, Fenerbahce and Zalgiris. Juniors of Mega, led by coach Vlada Vukoicic were at the court in the break between the first and second quarter, when the audience in Sremska Mitrovica gave them standing ovations. 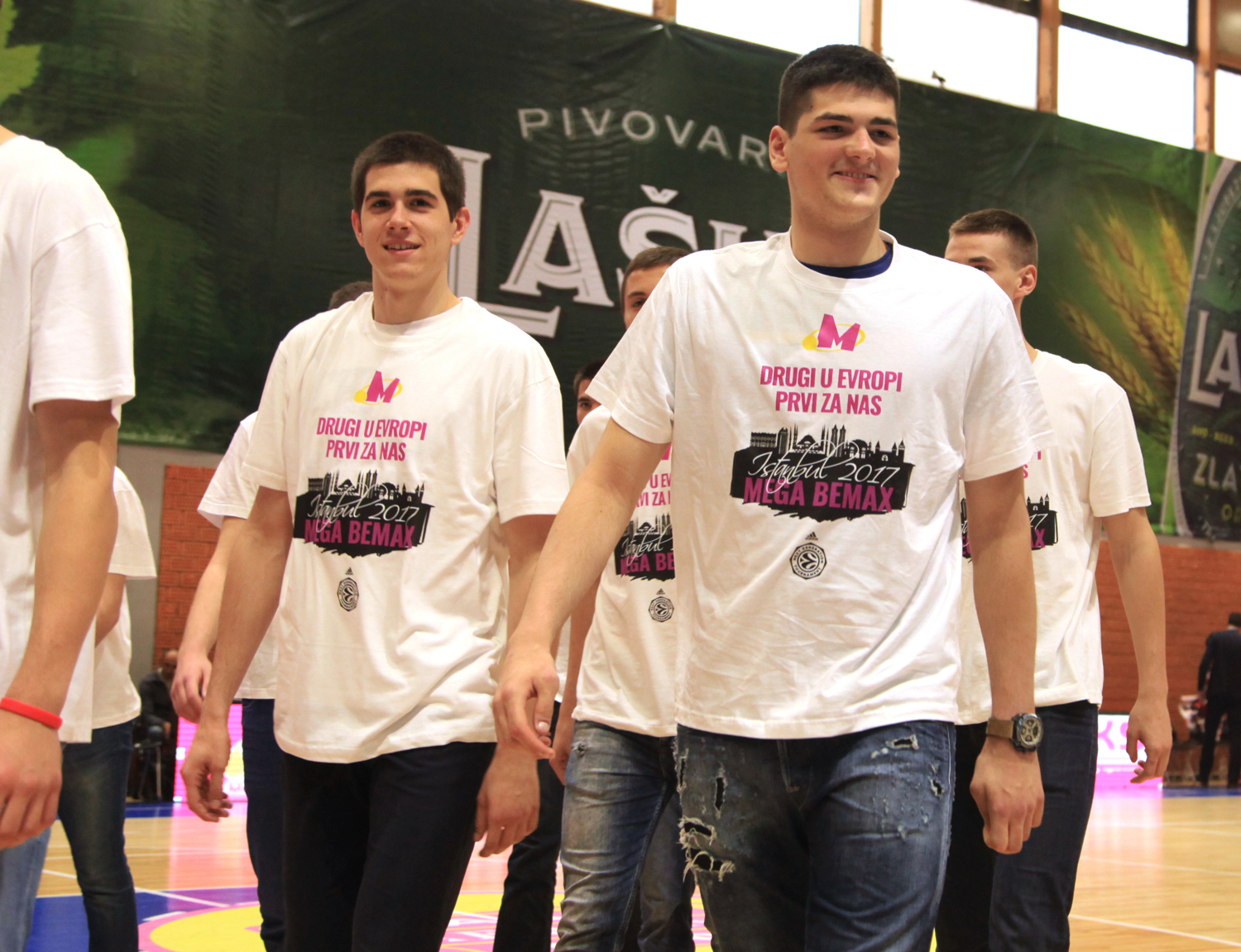 Dejan Milojevic started match with the following five: Novak, Jaramaz, Mushid, Spasojevic and Samardžiski. At the beginning of the match, Spasojevic was god with 7 points so Mega took lead 11:5. Zvezda with the series 0:10 took the lead, but Mushidi with three pointer launches Mega who after points of Simeunovic and Lesic got the score 18:17 after the first quarter.

At the beginning of the second quarter Kaba tied points, but was followed by a bad period in the attack of team, which Zvezda used to go to plus 7. Novak does not allow them to go to the plus 10 so half time ended with 34:38. 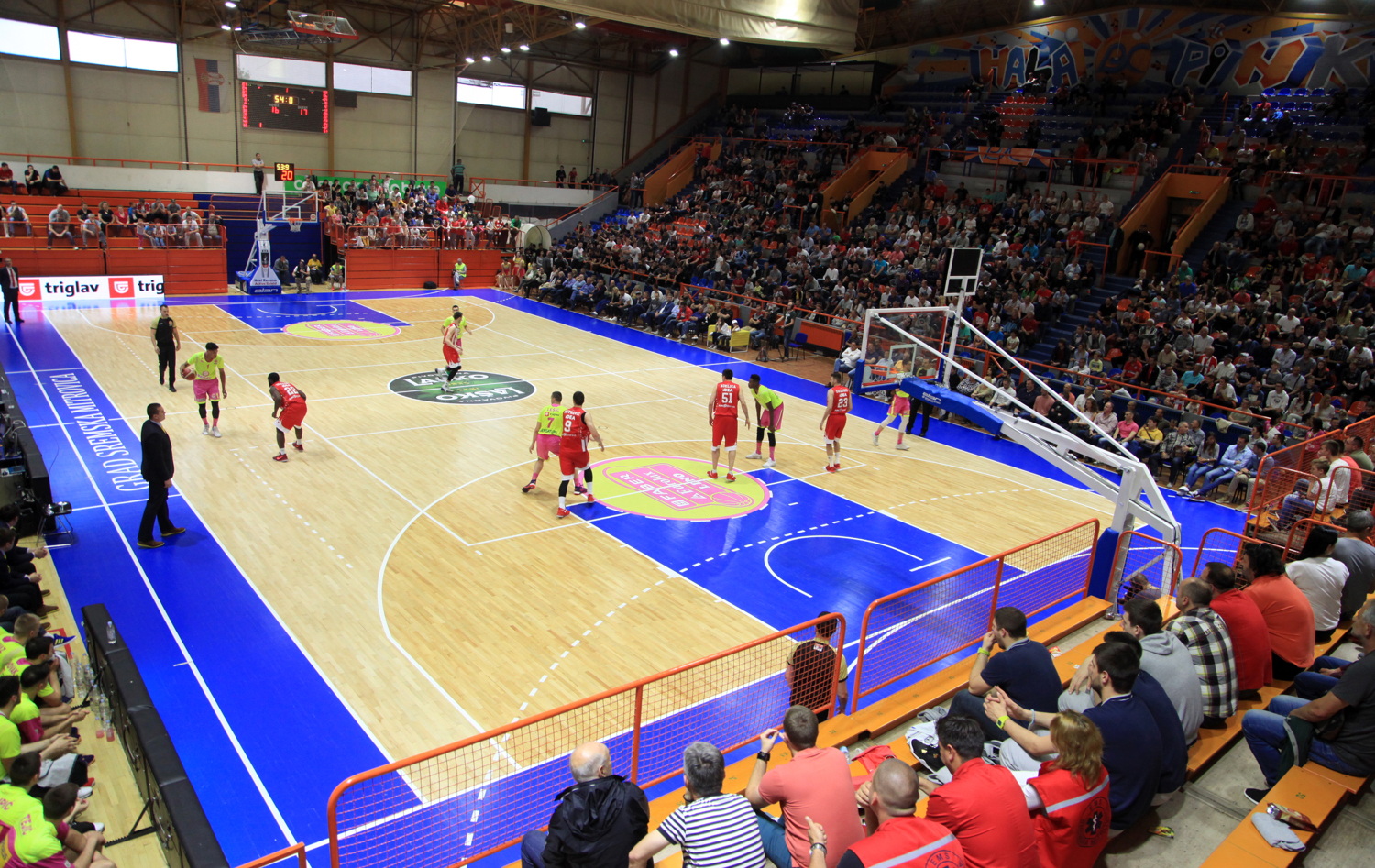 After a break at halftime, Mushidi with two triples leads result in egal, 40:40. Zvezda connects 6 points but Jaramaz responds with a fantastic dunk off the beat and three pointer. Novak and Mushidi hit threes for the lead, 51:48. Guests at the finish fourth got back the lead for 53:58 before the last 10 minutes.

In the middle of the last quarter the guests go to plus 11 points. Mega with points of Spasojevic reduced minus to 5 points, but failed to score in the two attacks, so the hosts eventually came to triumph 67:73. 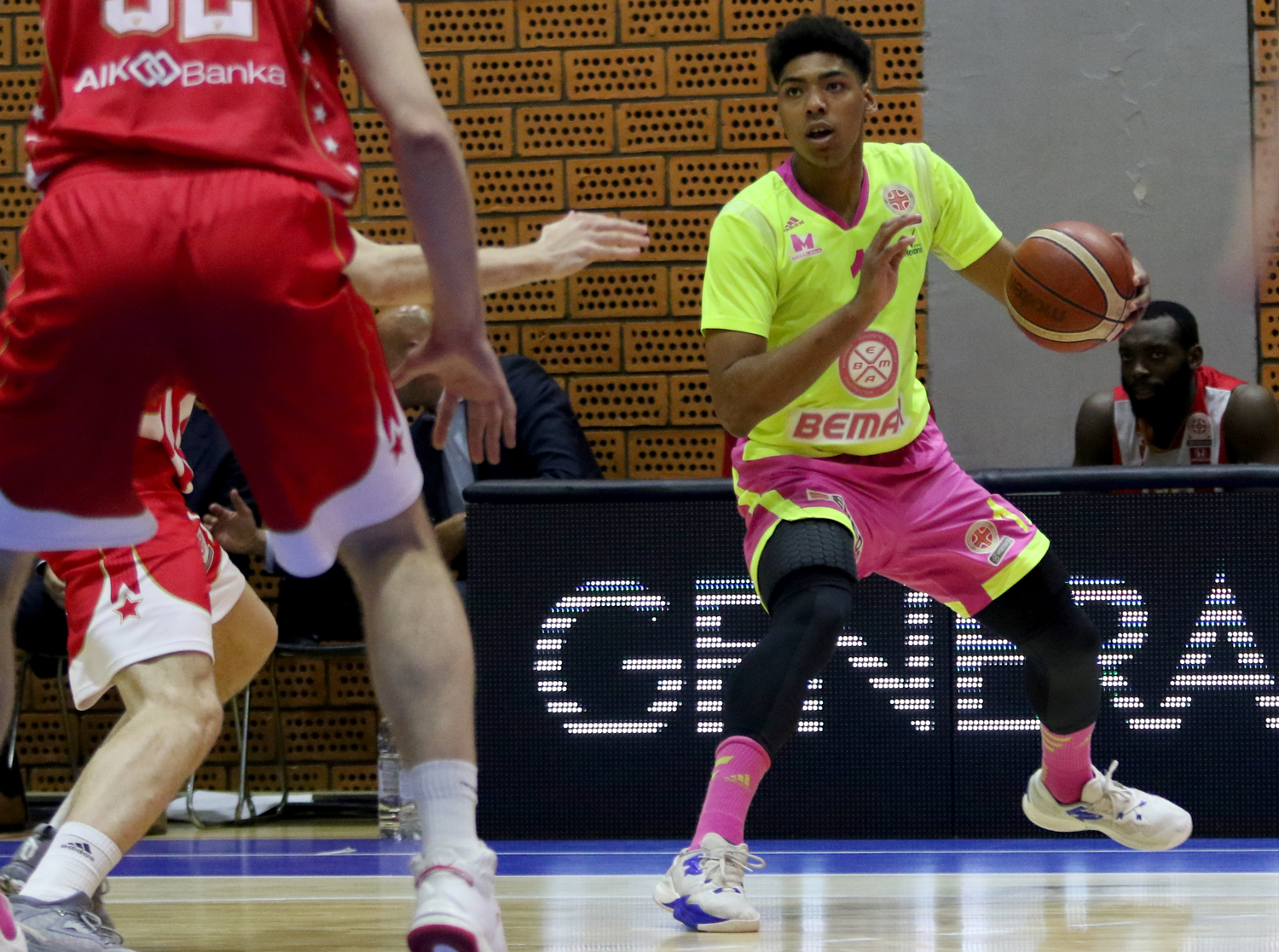