On Thursday were played second leg matches of the first round of qualifications for the Basketball Champions League so players of Mega learned names of remaining two opponents in the group. Specifically, in addition to Strasbourg, Avellino, Tenerife, Cibona and Oostende, Mega will play in Group D with Mornar from Bar and Lithuanian Juventus.

Juventus after winning the first leg in Portugal with 81:83, also celebrated in the second leg against Porto with 77:59. Mornar after a minimal away defeat against Igokea (71:69), was convincing in Bar with 83:60.

Mega Leks will competition in Basketball Champions League start with the game against Avellino on 18th October at 18:30 hours in Sremska Mitrovica.

Fixtures of Mega Leks in the Basketball Champions League you can see in the following LINK. 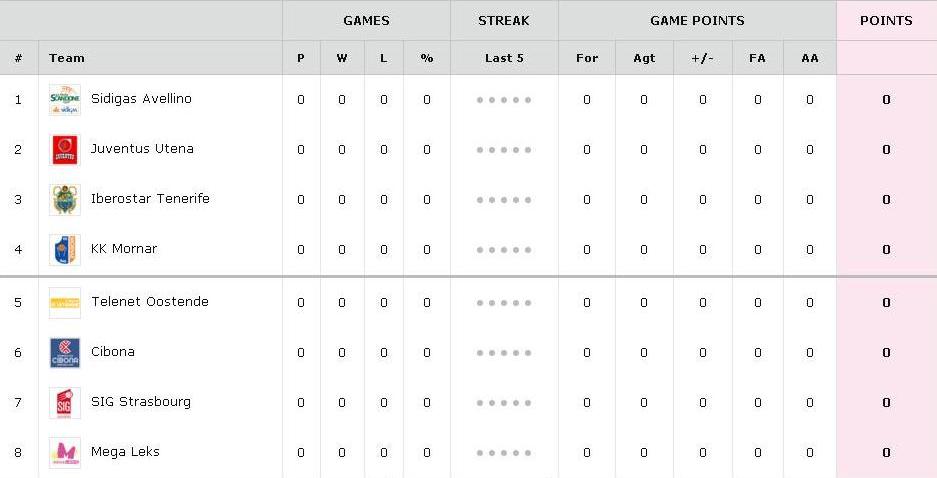