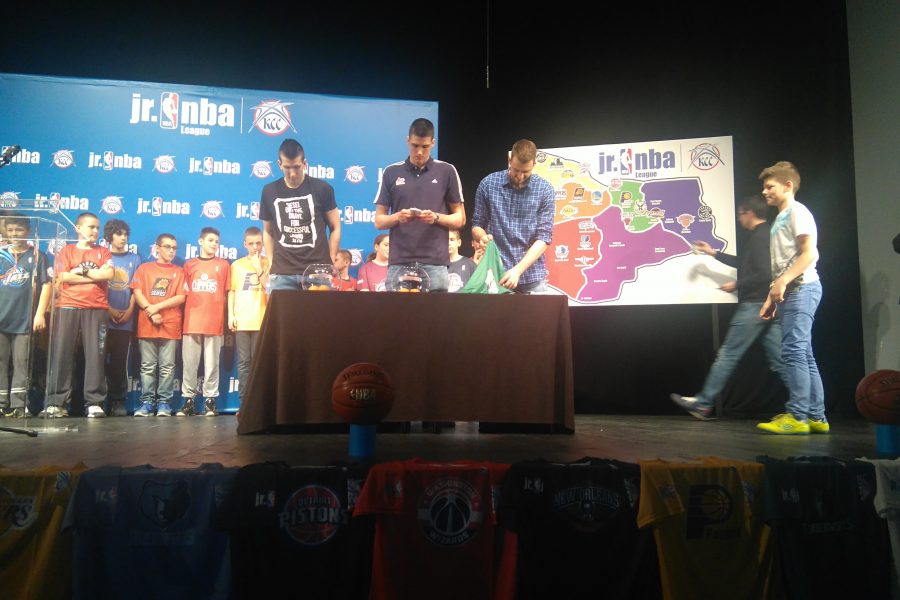 Captain of Mega Leks Rade Zagorac was a guest at the draw for the Junior NBA with the participation of 30 primary schools in Belgrade.

The ceremony was held in the hall of the Cultural Institution “Braca Stamenkovic” and it was held “draft”, which was attended by representatives of NBA Europe, Secretary General of KSS Dejan Tomasevic, former NBA players Vladimir Radmanovic and Zarko Cabarkapa and several hundred children from schools that will participate in the tournament.
Zagorac, along with Partizan player Petar Aranitovic and Marko Guduric from Crvena Zvezda Marko Guduric, decided with the draw which school will represent which NBA club.

The competition is organized by the NBA system for kids (boys and girls) fifth grade and younger. Elementary schools are divided into two conferences and six divisions of five teams, which will play the league part, and then the playoffs. The competition starts on 6th of April and ends with the grand final on 29th if May.

After the draw, which was followed with great enthusiasm of kids, Rade Zagorac has spent a long time taking pictures with elementary school students and with signing autographs.