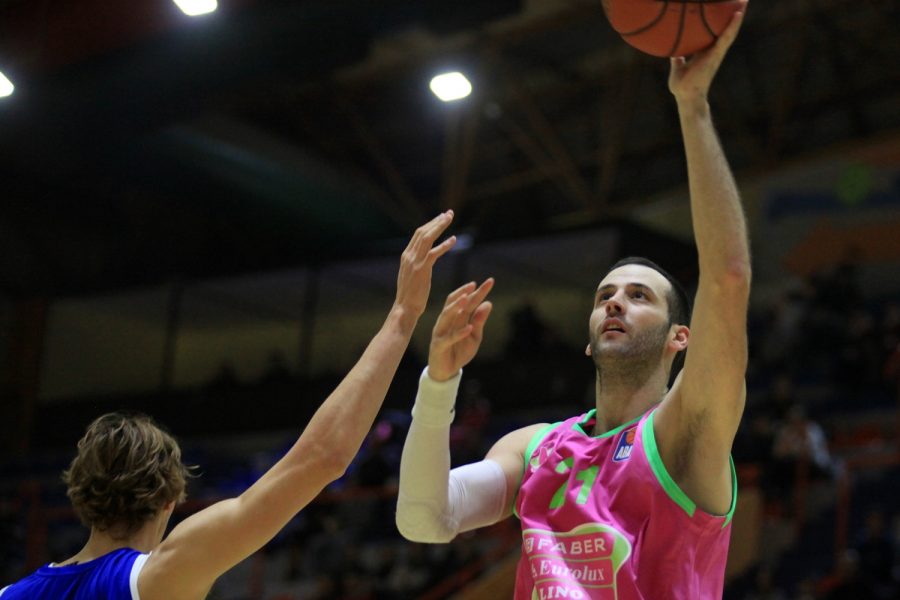 On Monday 11th of January from 9 pm Mega Leks plays away against Igokea in the 19th round of ABA league. Team of Dejan Milojevic will in Laktasi try to reach 3rd consecutive victory and thus get closer to placement in the playoffs. The mood in the team is on a higher level, bearing in mind that Rade Zagorac will be on the team for the first time after the injury he suffered in the 1st round. However, the captain of Mega Leks will not enter into play in the match against Igokea since coach Dejan Milojevic on the subject stated the following:

“Recovery of Zagorac goes according to plan and we expect him to play in the match against the Tajfun. He is physically ready but with him still there is a certain fear when entering the duels and we will not rush his return until the fear disappears completely”,

Milojevic said and turned to the duel with Igokea:

“Igokea is a good team who we play against at an awkward moment, bearing in mind that they are fighting for survival in league. They changed two or three players, which showed that they seek response from team and we expect a very difficult match. Our goal is the playoffs and we’re missing a couple more wins to get to it. We need to continue at a good pace and with enough aggressive play in defense, to impose our game. We believe in what we do, in every game we’re going fro win and I hope that we will be successful in Laktasi”,

Mega in the previous round was convincing against Zadar with 87:61 while Igokea was defeated at home by the MZT with 70:86. Mega after 18 rounds occupies 4th place in the standings with 12 wins and 6 losses while Igokea shares last place with a score of 6-12. Mega Leks and Igokea have met so far in the ABA league five times with the score 3-2 in favor of Igokea. In the last match played in the sixth round of the season, Mega in an exciting match have won by 69:68.

Boris Savovic primarily points out that he was extremely pleased with fitting into the team of Mega:

“I was from the beginning accepted in team and is thus fitting into the game Mega, as I expected, was fast. I enjoy working with the players and coaching staff because they all give 100 percent of theirs capabilities in training and in matches”,

“We have our own way to the playoffs and the next hurdle is Igokea. It is a very experienced team headed by Radivojevic which owns the quality. We need to play aggressive defense during all 4o minutes of the match, and thus to find the way to another victory that will bring us closer to our goal, placement in play-offs”,

The match is scheduled for Monday, January 11th from 9 om in the sports hall Laktasi. The match will be broadcast live on TV Arena Sport.