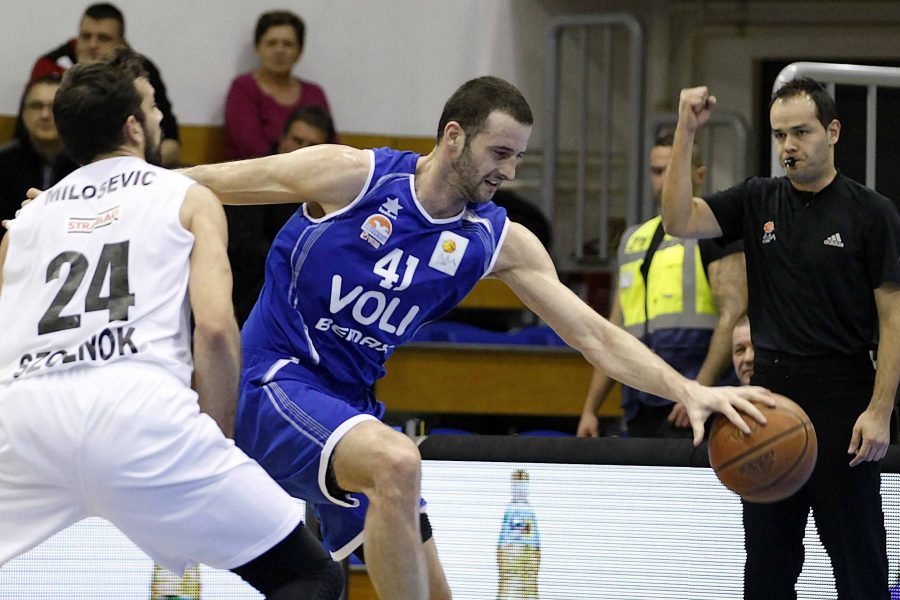 At an extraordinary meeting Board of Directors of Basketball Club Mega Leks which was called due to the great results crisis (two defeats in the first three rounds of the second part of the ABA league), it was decided that it was necessary that the team strengthen up. For these reasons, we signed an agreement with power forward Boris Savovic who comes from the Turkish team Turk Telekom Ankara.

Boris Savović was born on June 18th 1987, he is 210 centimeters tall and plays the position of power forward.  He began senior career began in Hemofarm where from 2004 to 2012 played seven years with a break in the 2009-10 season when he played for the Buducnost where he won both titles in Montenegro. With Hemofarm won the regional league trophy in 2005. Then he briefly played for the Turkish Galatasaray and then spent the 2012/13 season with the Red Star, with which je won the Radivoj Korac Cup. Next season he played in Bayern Munich where won the title in Germany. After a large part of the season 2014/15 he spent in German Ulm,  he returned to the ranks of Buducnost where he won a new double crown.

This season he started in the Turkish Turk Telekom for which in FIBA Eurocup averaged 17 points and 3.3 rebounds per game. Savovic will in Mega Leks wear jersey number 21.