Mega Leks will host on Saturday 23th of May reigning champions of Serbia, Partizan.

Mega failed in previous round to come up to the fifth consecutive victory in the Superleague as they lost in an exciting game against Crvena zvezda 86:90. Mega Leks is currently in 4th place with 4-4 score while Partizan is second with 7-1 score.

Coach Dejan Milojevic said that he hopes to surprise Partizan:

“We have a very tough schedule. Partizan is, beside Crvena zvezda, the best team in Serbia. We need to better prepare ourselves and play the best we can. I hope we can come to surprise and win the game that would mean a lot for the team”.

Mega Leks played with Partizan three times this season and “black and white” took all three wins. . In regional competition the result in Sremska Mitrovica was 73:76 and in Belgrade in Pionir was 89:80 while in the 1. round of Superleague was 82:68.

“We are entering the match with a good game but defeat at the end against Crvena zvezda. We played a couple matches in a row at a high level and I think we welcome Partizan in a good shape. They are certainly favorites but i believe that with the support of the crowd in Sremska Mitrovica, we can play a good match”.

Referees for this match are Jovcic, Juras and Nikolic.

The match is scheduled for Saturday 23th of May from 5:45 PM in the Hall PSC Pinki in Sremska Mitrovica. Live broadcast of the match will be on RTS 2 and Arena Sport 1. 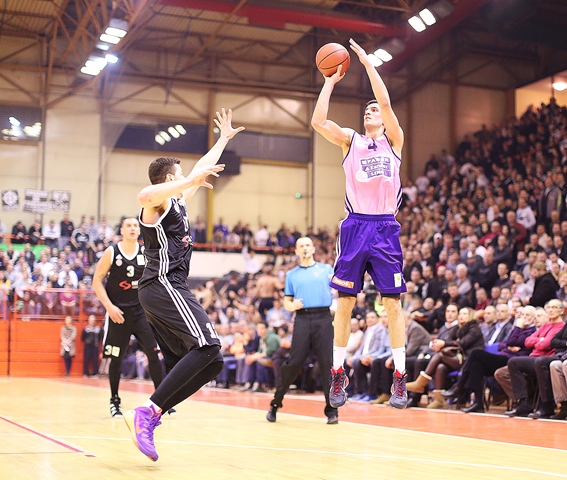