Mega recorded in previous round 4th win in a row after they defeated in overtime Vojvodina with 88:87 result. Crvena zvezda is still unbeaten in Superleague since they won all seven matches so far. Coach Dejan Milojevic said that Crvena zvezda is favorite in this match:

“It is sure that Crvena zvezda has an excellent team and a great season so far. They dominate in the Superleague, where they are unbeaten in seven games. We played a several uncertain matches this season. I hope we can trouble them, and if the opportunity arises, to get the win”.

Mega Leks played with Crvena zvezda four times this season. Two times in ABA league and once in Korac Cup and Superleague. Crvena zvezda celebrated in all four matches. In regional competition the result in Sremska Mitrovica was 75:77 and in Belgrade in Pionir was 93:77 while in the final of Korac Cup Zvezda won 80:74. In Superleague Crvena zvezda won 107:83.

Nikola Jokic, MVP in the previous two rounds of Superleague, emphasizes defense and a lot of running as essential factors in the upcoming match:

“We tied four victories in the row and got ourselves in the good rhythm. We play against the champions of the ABA league who has seven wins in the Superleague so far. We will try to repeat a good defense with a lot of running and if we have a chance to win, I hope we are going to use it. Our job is to give our best”.

The match is scheduled for Wednesday 20th of May from 6 PM in the Hall PSC Pinki in Sremska Mitrovica. Live broadcast of the match will be on RTS 2 and Arena Sport 1. 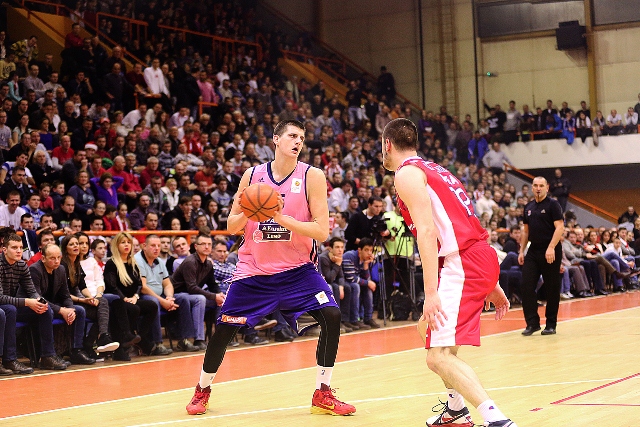