Serbia U16 have successfully started the second phase of the European Championship for players under 16 years of age which is being held in Kaunas (Lithuania), as they beat France with 69:62 (21:13, 17:18, 12:20, 19:11).
Again, the best player was Marko Pecarski who had 19 points, 12 rebounds, 5 assists and 2 blocks. He excelled particularly in the last minute, where at plus two for Serbia, tied 5 points with a great defense. Aleksa Matic had 5 points and 3 rebounds.
Serbia is led by Pecarski had a great game in the first half, where they had a maximum 12-point lead (38:26) but the French mini-series 5: 0 went on vacation to minus 7, 38:31.
The French have turned the result in the second half but Serbia didn’t let game slip and at 35th minute had plus 7, 60:53. France makes a series of 9:0 for a lead with 60:62 in two minutes to the end. There followed a furious finish of Serbia and the series 9: 0, which is particularly emphasized Pecarski key goal with a foul to plus 5 and the Serbian cadets deservedly won.
Serbia on Tuesday from 1 PMM meets with Croatia in the second round of the second stage of the competition.
Photo: fibaeurope.com 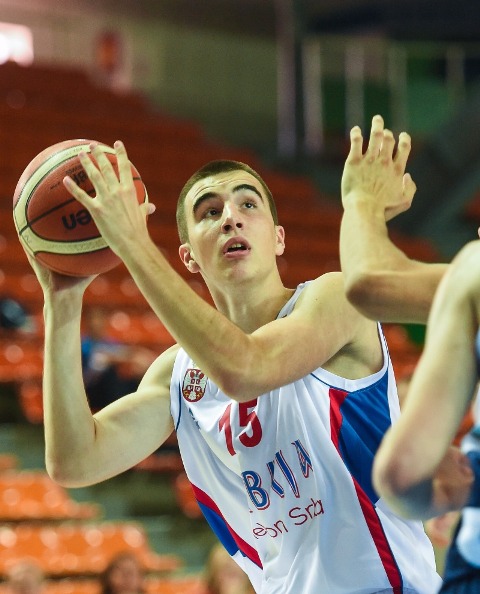