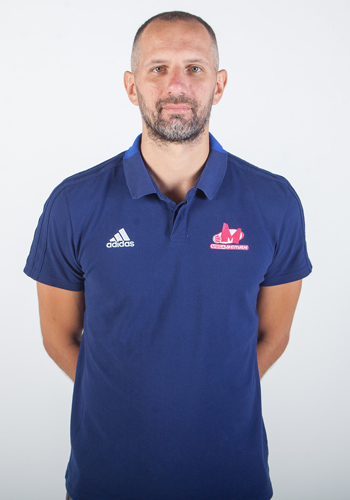 Vule Avdalovic was born on November 24, 1981 in Gacko, Bosnia and Herzegovina. He started a rich playing career in Partizan in 1998 for which he performed until 2005. He then went to Spain where he played for Valencia for four seasons and one for Alicante. He went to France for one seaspm to play for Cholet, and after the season in Donetsk and Alba, in 2013 he ended his playing career. He won four titles and two cups with Partizan and one title with Donetsk.

He started his coaching career in the 2015/16 season when he was assistant coach in Partizan. He joined Mega Bemax in summer 2017.