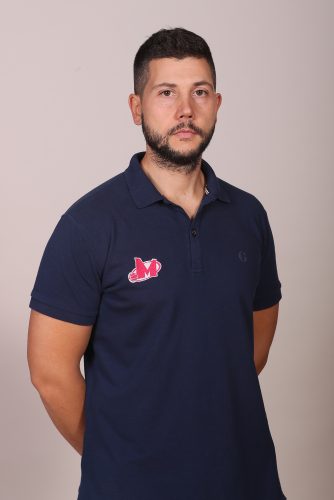 Physiotherapist of BC Mega Bemax.  Milos Savic is born in Belgrade on 15th of August 1985. He graduated from Medical school in Belgrade, department of Physiotherapy technician, and at the High School of Sports and Health, the direction of a physical therapist, where he graduated in 2011.

During his studies he attended a practice at clinics for rehabilitation and rheumatology, but also in sports clubs as FC Partizan and youth academy of FC Crvena Zvezda.

His first professional engagement was at the FC Balkan from 2006. to 2008. Then he spent a year working in FC BASK, and since 2009. is physiotherapist of Mega.