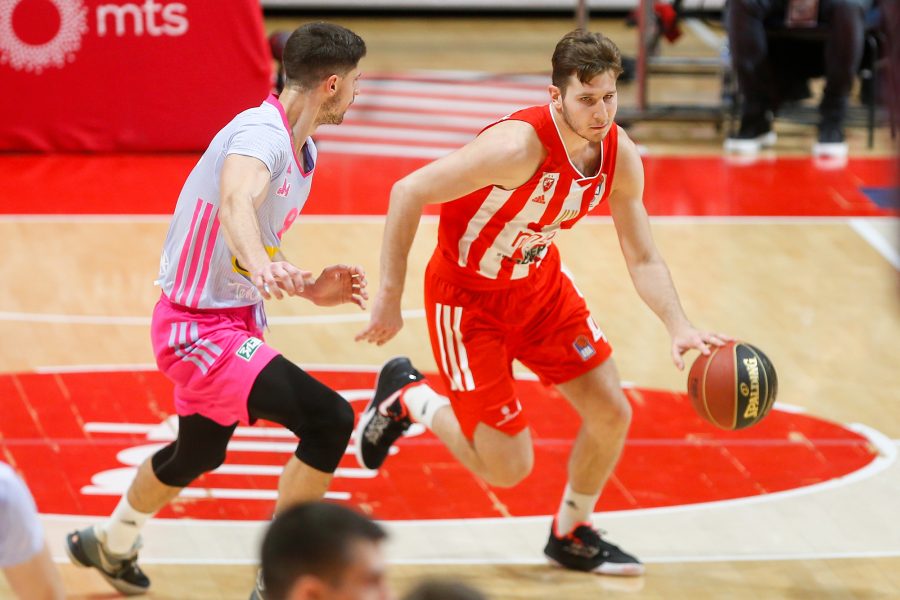 Crvena zvezda mts point guard Aleksa Uskokovic will play for Mega Mozzart until the end of the season as a loaned player!

Basketball club Mega Mozzart will enter the continuation of the competition stronger, since Aleksa Uskokovic will play for the club until the end of the season as a loaned player from Crvena zvezda mts.

Aleksa Uskokovic was born on August 30, 1999 in Belgrade, he is 189 centimeters tall and plays in position one. After playing for the youth selections of the Crvena zvezda, he played for FMP for three seasons, while in 2020 he returned to Crvena zvezda. This season, he played for them in a total of 11 matches in the ABA League and Euroleague.

Uskokovic also played for the youth selections of the Serbian national team, and he recorded the greatest success in 2017, when he won gold at the U18 European Championship in Slovakia as a captain with the junior selection of Serbia.