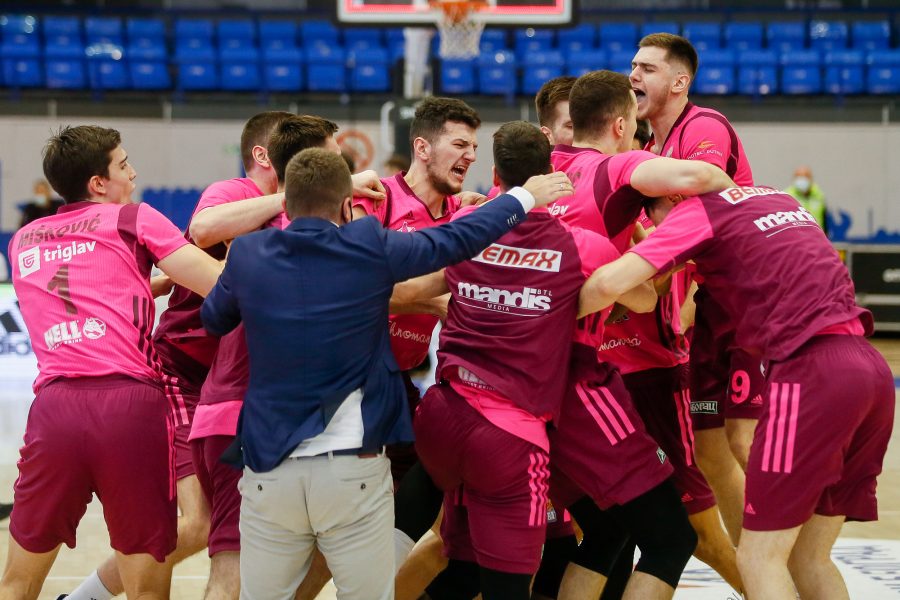 Mega Soccerbet got revenge on Mornar for the loss in first part of the season and after a big turnaround and lay-up Smith, they came to a big victory in the last second!

In the game of the 18th round of the ABA league, Mega defeated Mornar with a great and incredibly exciting match with 90:89 (25:24, 14:27, 22:16, 29:22). In the match that was played without the presence of the audience in the Hall of sports Ranko Zeravica, Mega was trailing 15 points at the beginning of the last quarter, it seemed that the match was lost in the last minute, but after the missed free throws of Mornar, Mega’s point guard “Scoochie” Smith with “Coast to Coast” lay-up at the last second, he brought a triumph for a great celebration on the court.

After 18 rounds of the ABA league, Mega Soccerbet has 12 wins and 6 losses, while Mornar has a score of 13-4 with one match less. Mega will play the next round only on February 28 at 12 o’clock when they will meet Borac from Cacak, and in the meantime will compete in the Radivoje Korac Cup in Novi Sad, where Mega will play against Mladost from Zemun in the quarterfinals on Thursday, February 11 at 3 p.m. 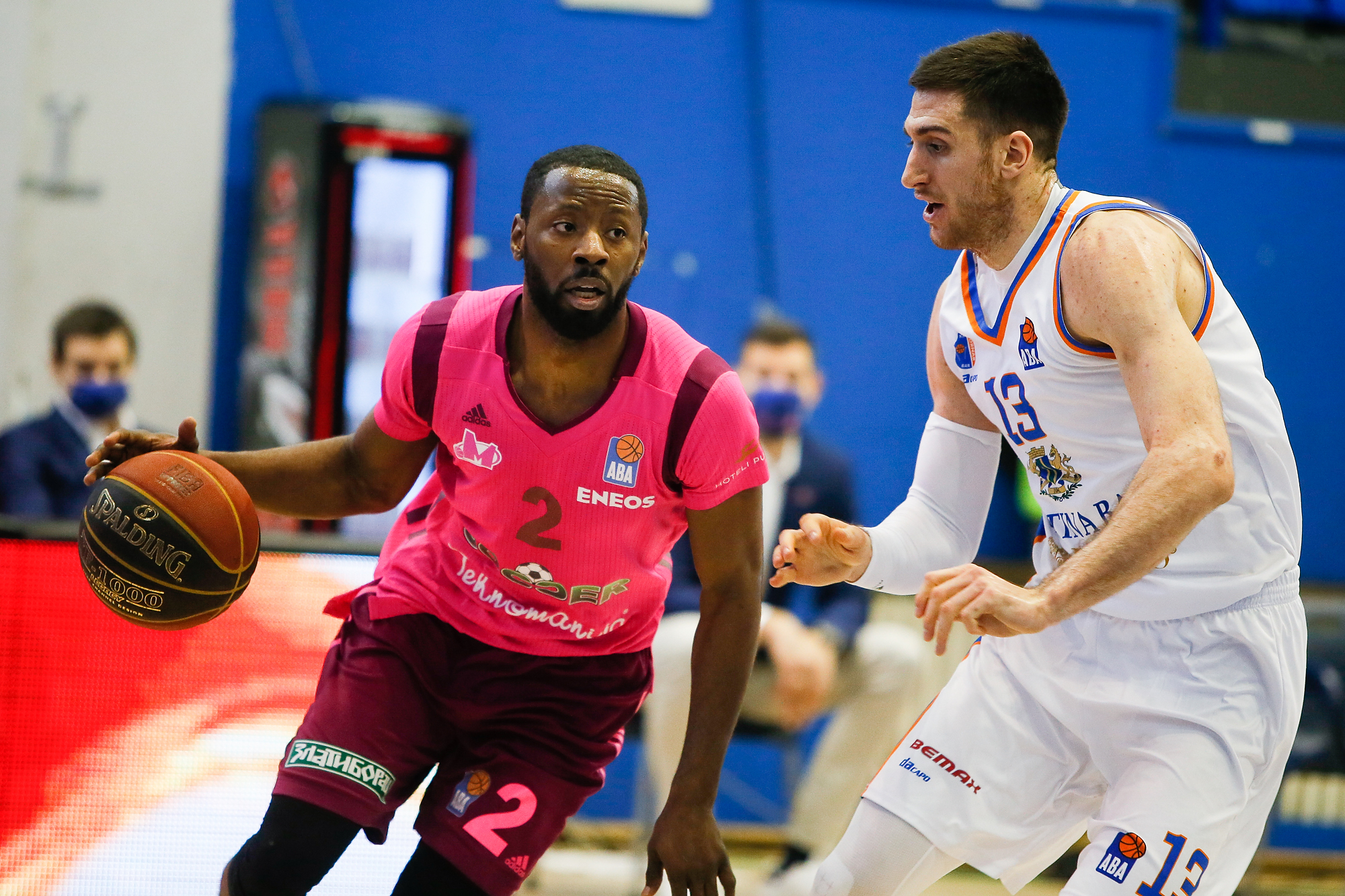 Mega started the match with the following five: Smith, Tepic, Cazalon, Simonovic, Petrusev. Good opening of Mega, who leads 5:0 with points of Petrusev and Simonovic after two and a half minutes of the game, but the problem is a quick second personal foul of Simonovic. Mega defended the defensive rebound weaker in the next few attacks, so Mornar took the lead in the middle of the quarter 10:12. Petrusev hits a three-pointer, and soon after, a floater under a foul, so Mega leads 18:16. In a short period, the referees awarded the technical first to Petrusev, and then to the coach of Mega, but Tepic with the triple and floater kept the advantage of Mega, 25:24 at the end of the first quarter.

Matkovic is excellent at the beginning of the second quarter, where he effectively dunks on three occasions for the lead of Mega 31:30. Mega’s excellent defense continued, Mornar was without points for a few minutes, but apart from the points from Simonovic, Mega did not manage to significantly increase the advantage. The run 5:0 of Mornar is interrupted by Simonovic, who did a great job in the paint for 36:35 in the middle of the second quarter. However, Jeremic with three new threes, a total of six out of six, gives the guests an advantage of 38:46. Mega missed a few open shots, so Mornar managed to break away at 38:51. At the end of the quarter, the players of Mega connected good defenses, but they missed the opportunity to reduce the difference, so they left with a result 39:51 at half time. 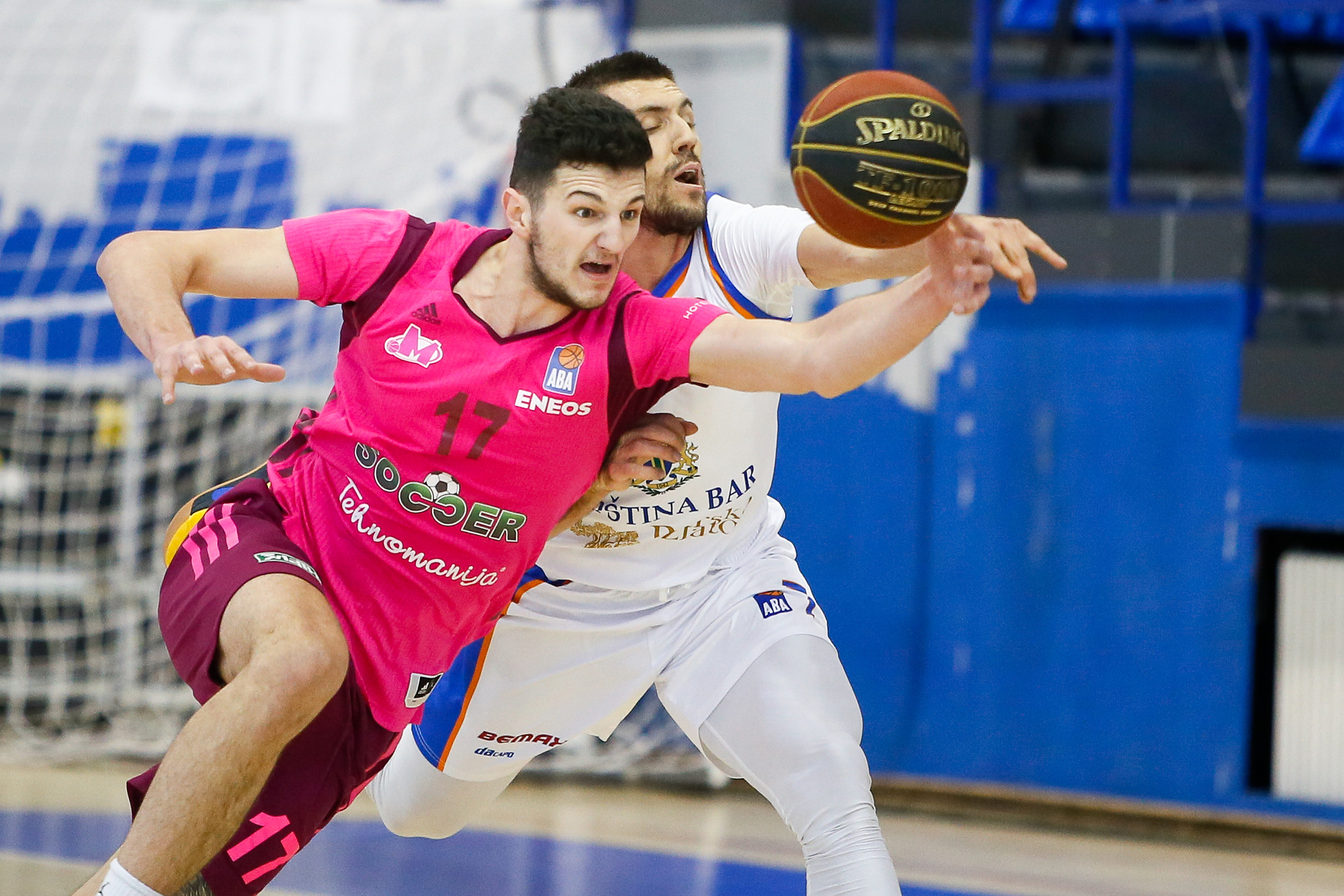 Jeremic hits the seventh three-pointer from the same number of attempts for plus 15 for Mornar, which Tepic returns in the next attack, so that Mega approached Simonovic’s points to minus seven, 49:56. However, with a series of points, Mornar managed to regain a double-digit advantage thanks to Needham, 53:67 in three and a half minutes until the end of the quarter. A great sequence of Mega’s defense followed, where they did not allow a point to the guests until the end of the quarter, so with a run of 8:0, Mega came close to six points before the last quarter, 61:67.

Mega’s incredible fight was seen in the last quarter, every time Vladimir Jovanovic’s team came to a point, two behind, Mornar would hit a tough shot, and Tepic and Mega’s bench were both awarded technical fouls, after which Mornar wiht 48 seconds to go had possession and plus 4, 82:86. Mega’s excellent defense followed, Simonovic hit both throws after the unsportsmanlike Gabriel, but Tepic did not hit the lay-up for a tie. A penalty finish followed, Gordic hit one free throw, Smith then both, so that Gordic and Cazalon from the same place are precise. At six seconds to the end, Gabriel was fouled, he missed both free throws, so that Smith, in the already described way with “Coast to coast”, brought a big and deserved victory to Mega with last second lay-up. 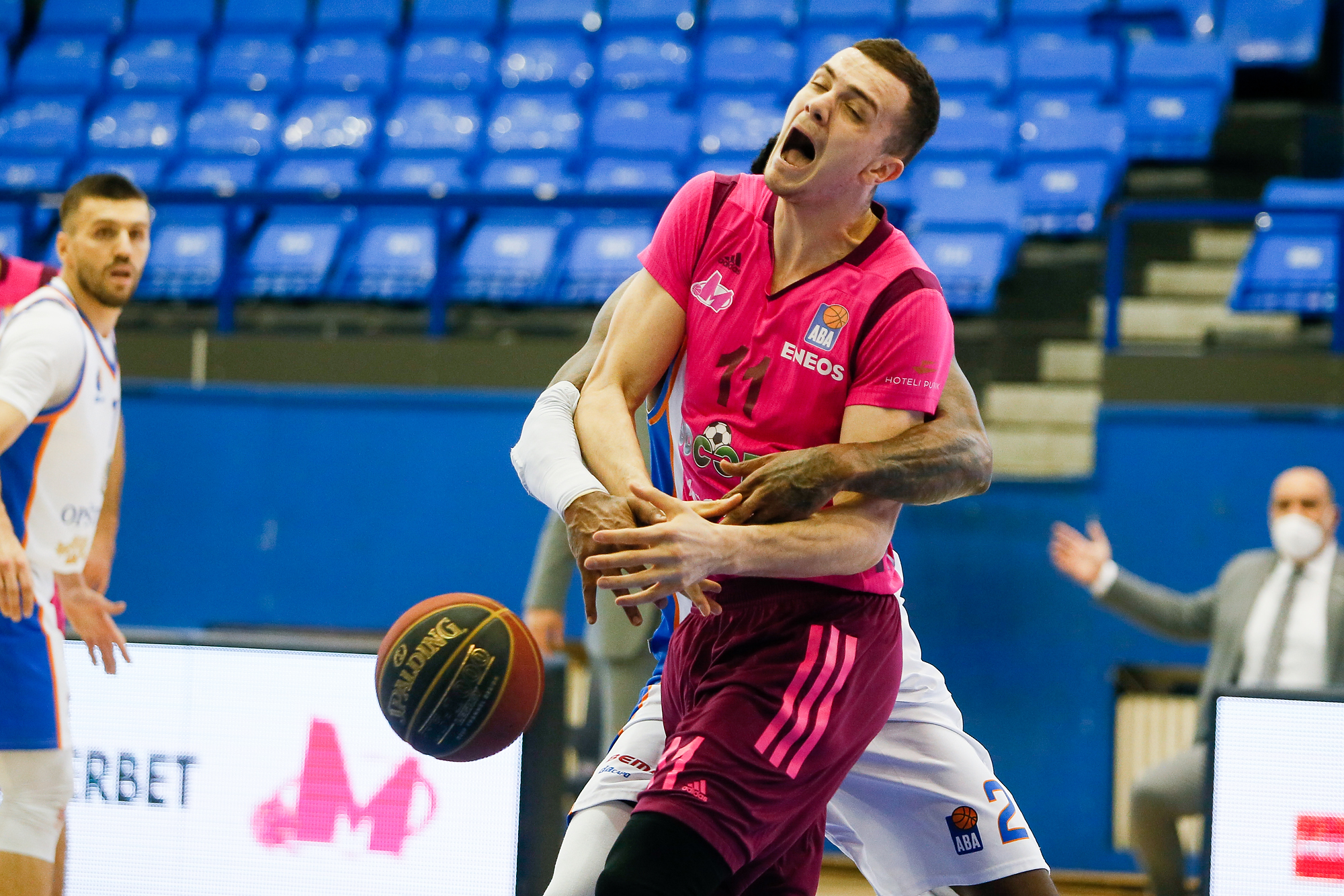 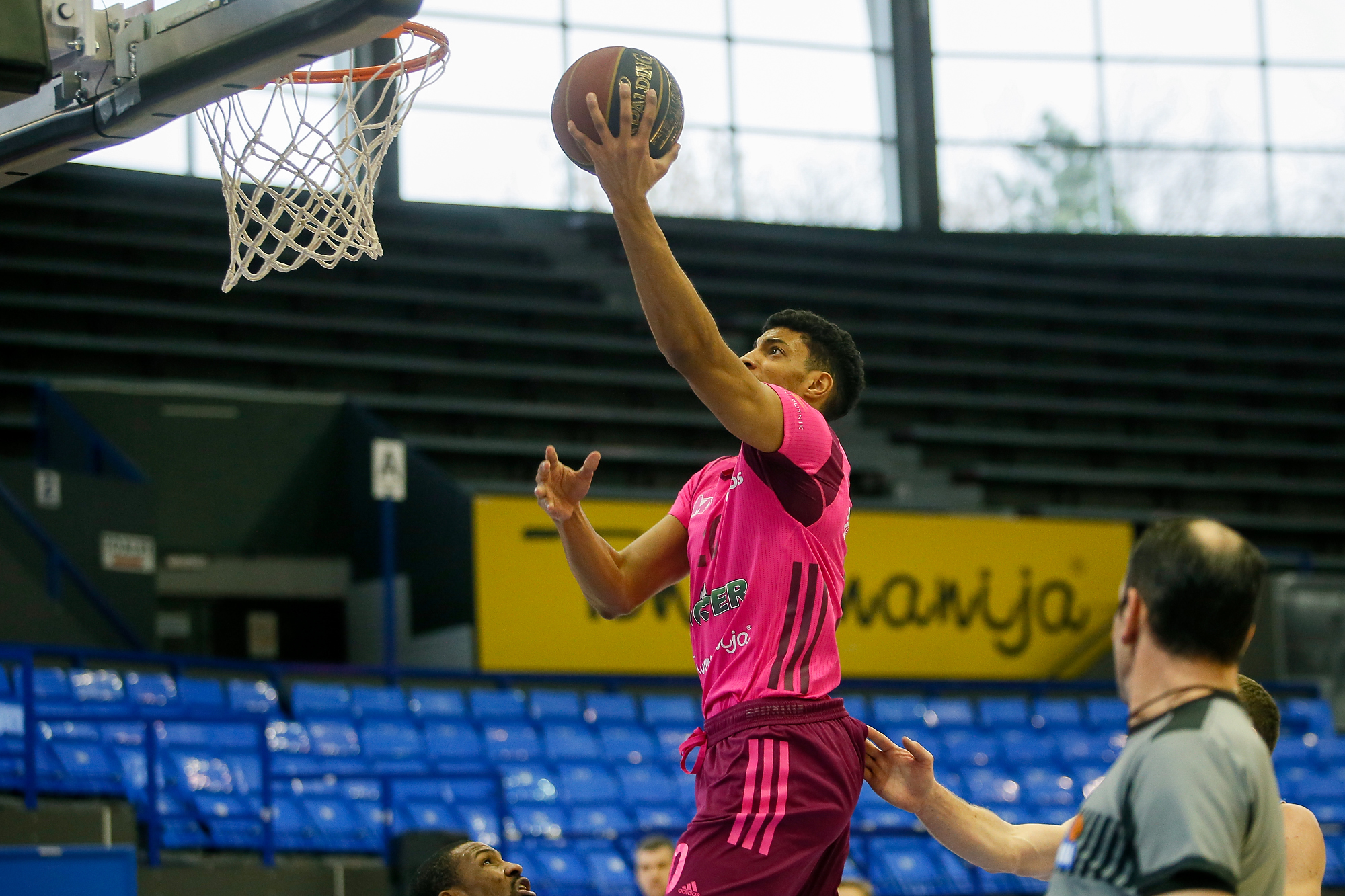