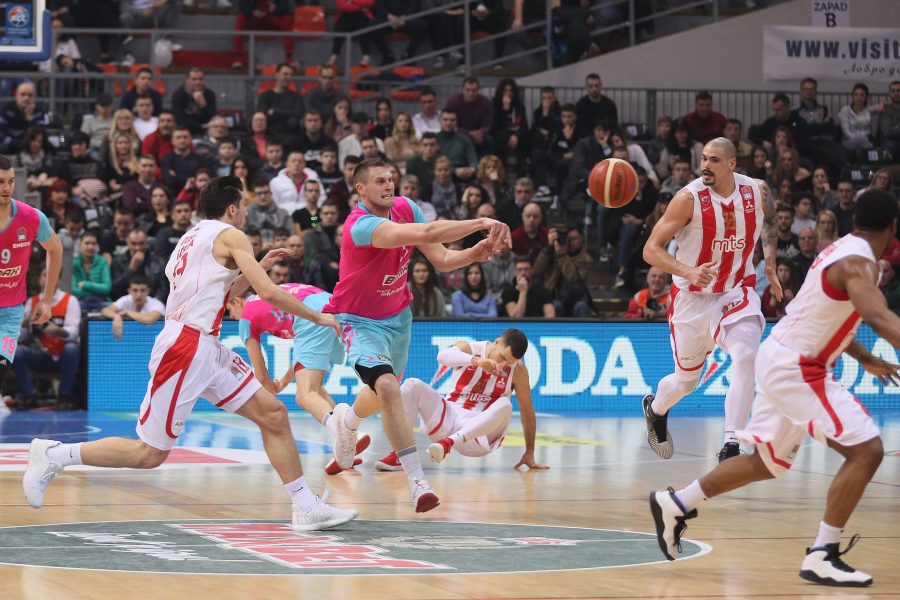 Mega Bemax failed to reach the final of the Radivoj Korac Cup, which is held in Nis since they played a very bad last quarter, so Crvena zvezda mts celebrated with 92:73 (12:16, 30:21, 18:24, 32:12). Players of coach Dejan Milojevic had one point advantage before the last 10 minutes of the game, but in the fourth quarter they played an insufficiently aggressive defense at first, so Crvena zvezda with triples (15 of 33) came to a convincing win. Coach of Mega Bemax could not count on Ognjen Carapic who missed the cup due to his shoulder injury. 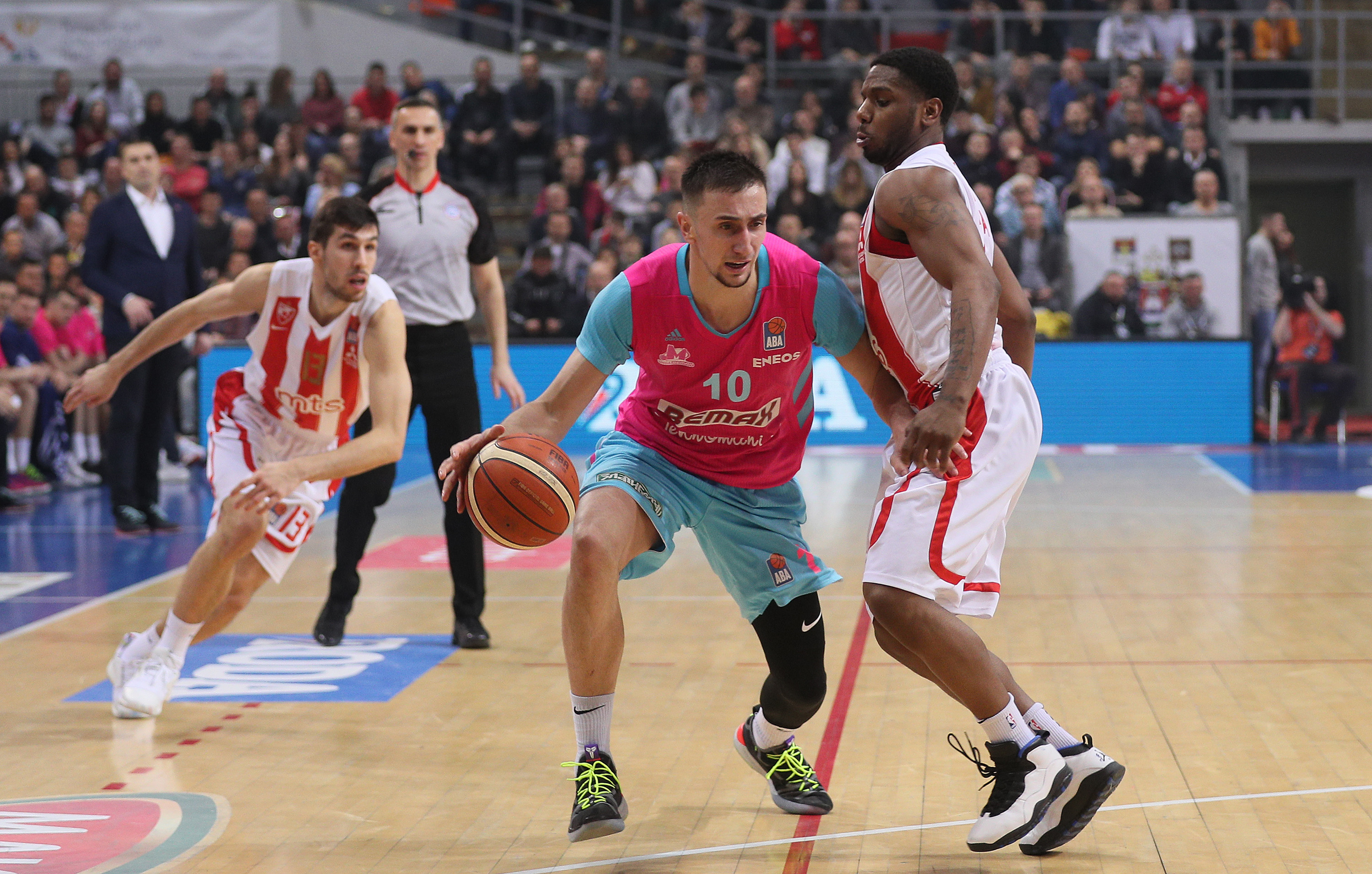 Crvena zvezda mts will meet Partizan NIS in the Radivoj Korac cup finals on Sunday at 17:00.

Dejan Milojevic started the match with Asceric, Mokoka, Atic, Miskovic and Nikolic. The great defense of Mega at the beginning of the match and after the triple of Miskovic score is 0:5. Zvezda scored the first points after 3 minutes, Nikolic suffered nose injury, and because of the bleeding he had to go to the bench, but Stanic was good in his place. Centar of Mega protected the the racket and then scored for 2 plus 1. After 7 minutes of the game, Mega leads 6:12, but the problem is 3rd personal foul for Marjanovic and 2nd for Mokoka. Ratkovica from the free throw line brings plus 9, 7:16, but on the first break both teams went with score 12:16 at the end of the quarter.

Atic’s and Perperoglou’s shoot-out at the beginning of the second quarter, where Atic scored 8 points in a short period. Still, Zvezda manages to first reduce the minus, and then with the points of Zirbes to get into the lead, 36:31. Stanic, after entering the game, scored twice after offesive rebounds, Mega approached to the point behind, but the finish of the half-timer belongs to Zvezda so the score was 42:37 for red-and-white. 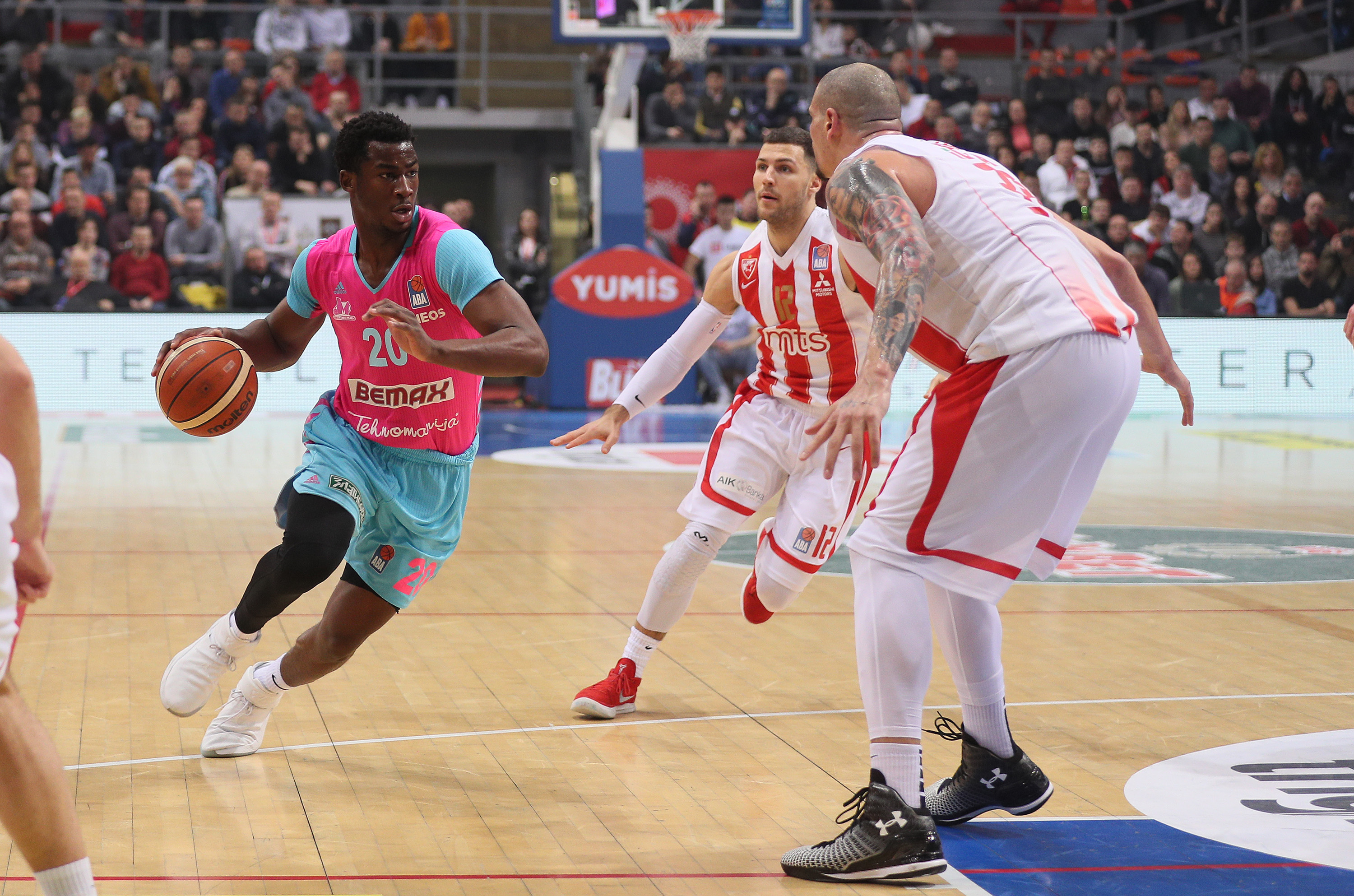 Better start of the second half for the Zvezda that comes to plus 7, 49:42. Mega started playing better in the defense, Fundic managed to fight for the ball after a couple of tough duels, and with triple of Cerovina and lay-up of Atic Mega was leadin 52:53. Zvezda makes 6:0 series, but after entering the game, Stanic is excellent on both sides of the field scored after offensive rebounds and from the free throw lines, so that Miskovic in the last second with 8 meter triple  Mega had advantage 60:61 before the last quarter.

After the lead 63:65 for Mega with 7 minutes to finish, Zvezda with the 12-0 series in their favor took match into their rhythm, and then with five more triples eventually came to a convincing win of 92:73. 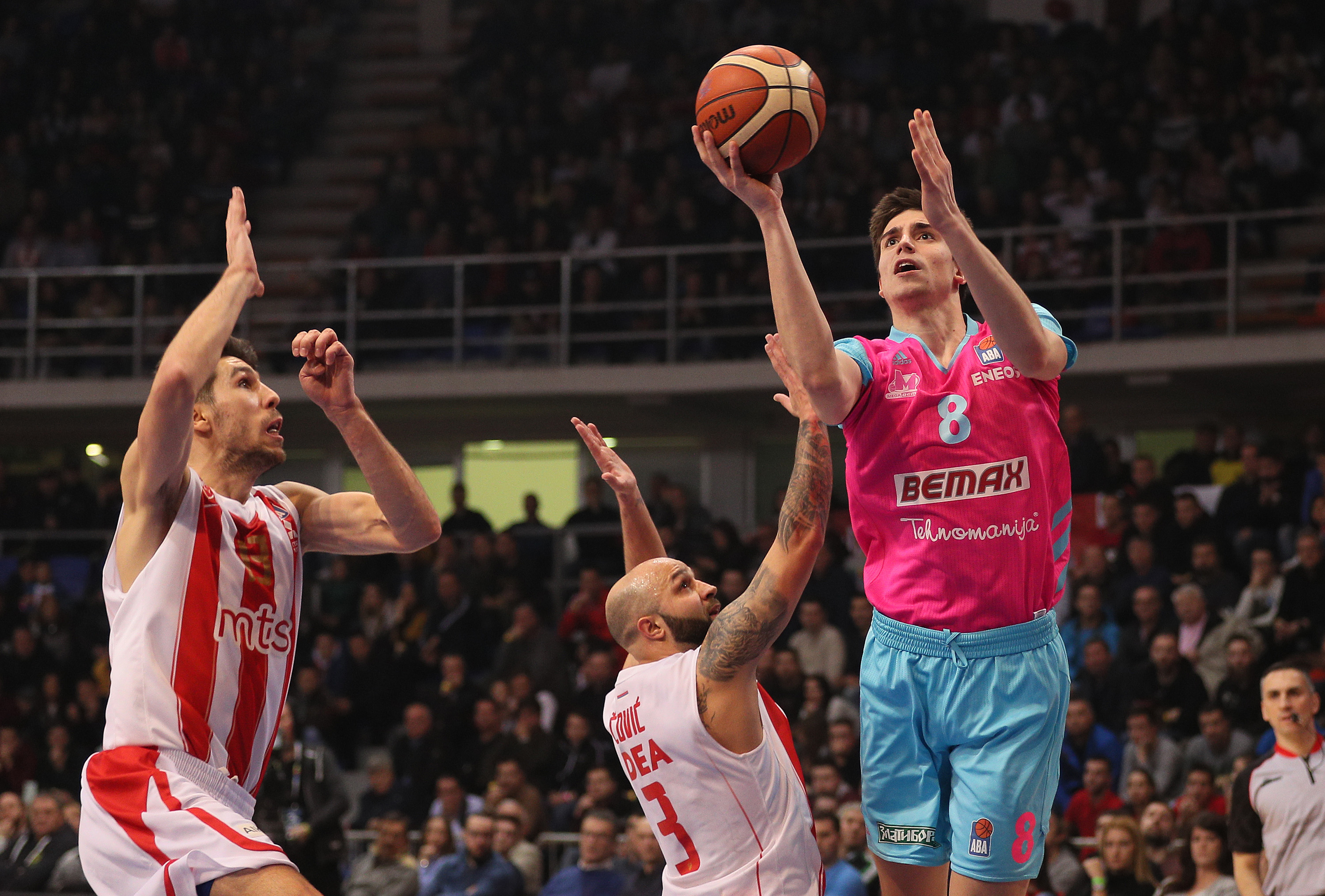