Mega Bemax lost to Kentucky Wildcats at Atlantis Imperial Arena with 100:64 (47:29) as part of a central event of the NCAA team at their tour in the Bahamas. Mega has badly entered the match, so Kentucky soon came to a convincing lead. Mega’s players at the end of the first half and at the start of the second managed to lower the difference to 15 points, but did not have the strength to endanger the victory of Kentucky.

The most effective in the ranks of Mega Bemax were Kostja Mushidi with 15 points and Stefan Fundic with 14 with 12 rebounds, while in Kentucky the best was PJ Washington with 20 points and 12 rebounds. Nikola Miskovic did not play for Mega on this match because of injury at the match with San Lorenzo, and Goga Bitadze was injured at the end of the first half, after which he did not enter the game in the second half. 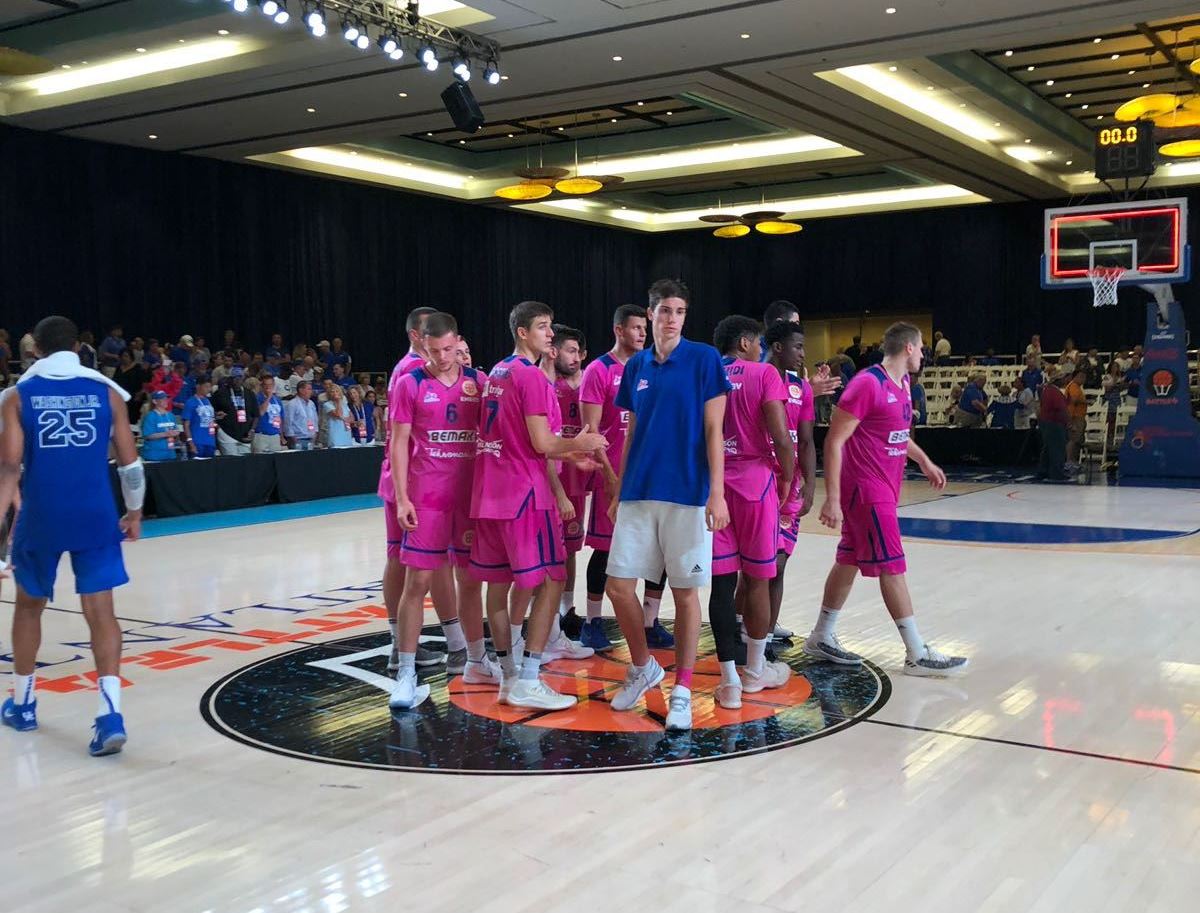 The match was played according to the NCAA rules and Dejan Milojevic started the match with Asceric, Mokoka, Mushidi, Fundic and Bitadze. At the beginning of the match a lot of points were seen, and after 7: 7 at the beginning, the Kentucky with a series of points reached a convincing advantage in the middle of the half, plus 19. Mega did not manage to catch link to the game, so minus was growing to 25 points. However, Mega played better in the attack with Carapic entering the game, Bitadze raised the team with two blocks and the minus was reduced to 19 points, 39:20. Players of Mega managed to establish a balance, but then Bitadze was injured, and did not return to the game in the second half. The result the first 20 minutes sets Mushidi with three pointer for 47:29 for Kentucky.

The second half opens Mushidi with another three for a minus 15, but the poor period of the game has followed, and Kentucky again raises the lead to 25 points. Mushidi and Fundic are keeping Mega in the attack, but the defense was not good, and lead of Kentucky continued to grow. Carapic is solid in the attack but by the end of the match, the rhythm of the game fell a bit for the final 100:64 for Kentucky.

Coach of Mega Bemax Dejan Milojevic after the match stated that he was not satisfied with either the game or the result, but that it is important that the team draw the lesson in the right way:

– The match with Kentucky is a great experience for us. We had problems at the start of the match to get used to the toughness of the game and NCAA rules. As a young team that trains only ten days, we have shown some weaknesses in the game. There were moments that were not bad, like the game in the end of the first half, when we established a balance in the game, but then there followed a Bitadze and to add Miskovic’s absence, also because of the injury. Certainly, we can not be satisfied with either the game or the result, but all of this will have great significance if we properly learn the lessons from this,

– I congratulate Kentucky on a well deserved victory and I would like this way to thank them for inviting us to come to Bahamas to play a friendly match with them. They are a great team and one large machine in which we were convinced during the stay here. We had great conditions and excellent cooperation at every step. 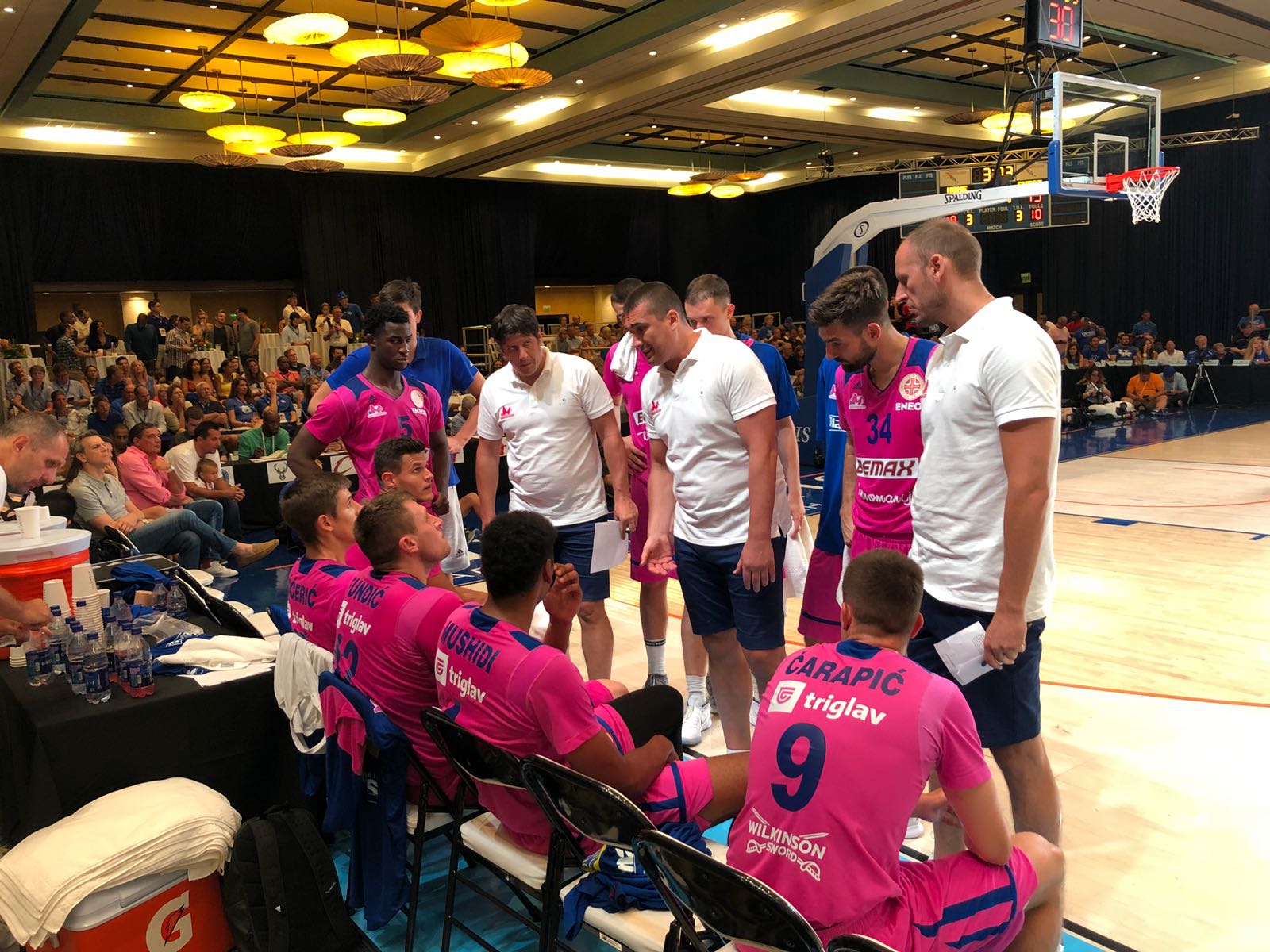 The coach of Mega Bemax then continued to talk about  preparations:

– There is no standing, we have to continue to work even harder at the trainings. We are expecting a trip to Spain and a match with another NCAA giant, Michigan Wolverines. That match will be played by European rules and I’m sure that by that time we will be able to raise the game and play a much better match. We are expecting another month and a half before the start of the season and I believe that we will raise our game and to be ready for the start of the ABA League, 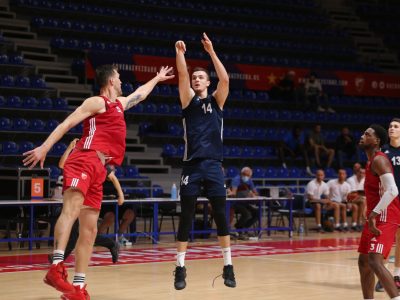