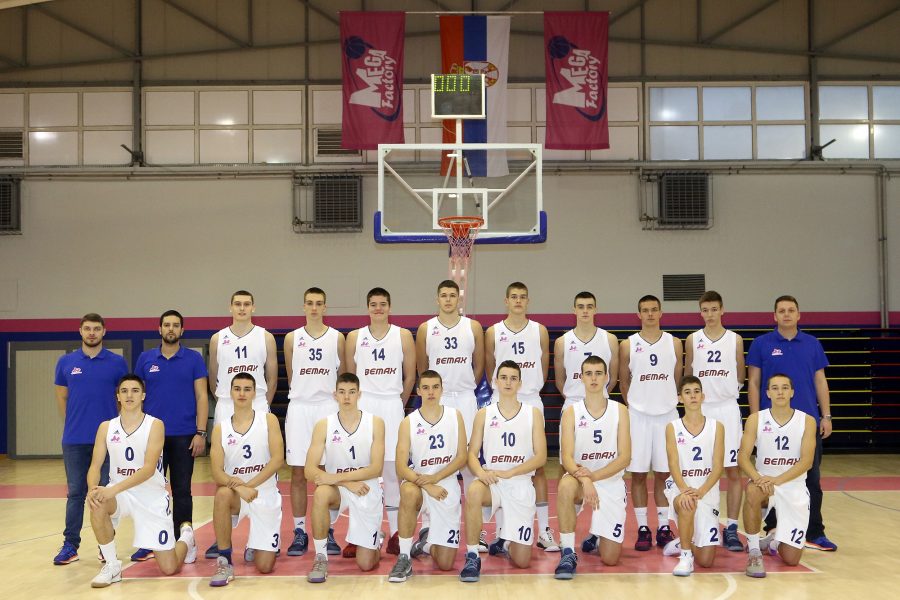 The cadets of Mega Bemax (U17) will take part at the traditional basketball tournament in Valjevo from March 23rd to March 25th. At the seventh edition of the tournament in the Hala Sportova in Valjevo, eight teams will participate, and next to the Mega Bemax, following teams will take part at the Tournament: Crvena zvezda mts, Partizan NIS, Igokea, Budućnost VOLI, Cibona, Split and the host Metalac.

Players of the coach Stefan Bulatovic will meet with the Cibona team in the quarter-finals of the tournament and the match is scheduled for Friday, March 23, at 12 o’clock. All matches will be broadcaster through the Live Stream and all information will be available on the following LINK.

If they win against Cibona, Mega Bemax cadets will meet with the better from the duel Igokea – Buducnost on Saturday at 16:00. The finals will be played on Sunday at 17:30 and before are scheduled placement matches.