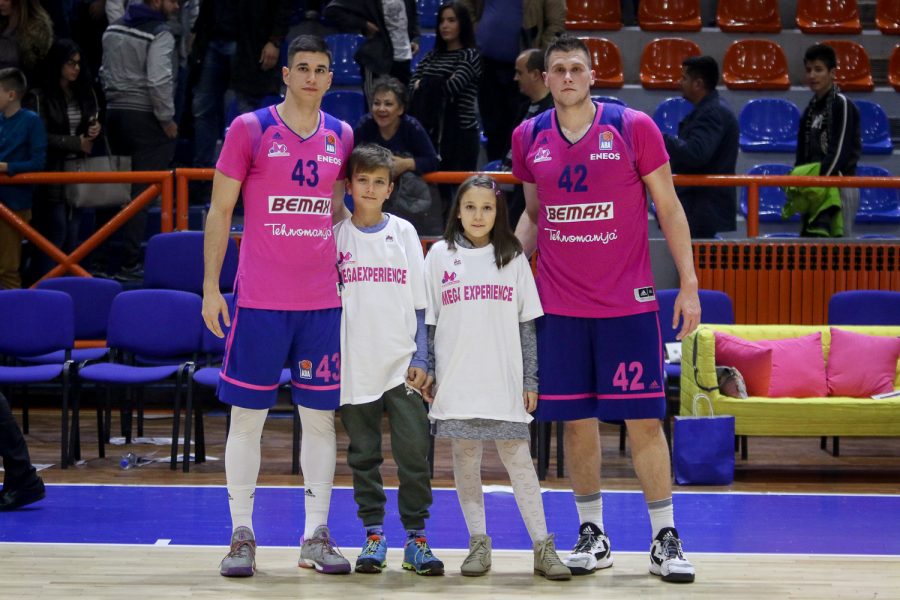 In the full hall of the PSC Pinki in Sremska Mitrovica, Mega Bemax played the match of the 8th round of the ABA league against Partizan, in which guests from Belgrade eventually celebrated with 89:102. At the match with Partizan, the project “Mega Experience” continued with the young and talented childred of Sremska Mitrovica, and this time guests of the club were Teodora Kalaba and Dane Jovelic.

Teodora was born on March 2, 2007. in Sremska Mitrovica. She is an excellent student of the 4th grade of the elementary school “Sveti Sava”, she adores basketball, attends “School of Sport” and is a student of the Lower Music School. She is a member of the recitation and acting section at the school, and her dream is to become a pianist. She won gold medals at the Small Olympic Games in the category of polygons in 2016 and 2017 and participated in the republic’s competition. Her favorite basketball player of Mega is Dylan Ennis.

Dane was born on April 11, 2007. in Sremska Mitrovica and is an excellent student of the 4th grade of the elementary school “Sveti Sava” and the Lower Music School. He trains football and basketball, and participated at the Small Olympic Games in the category of the polygon, 2016 and 2017. His dream is one day to become a painter. His favorite basketball player of Mega is Kostja Mushidi. 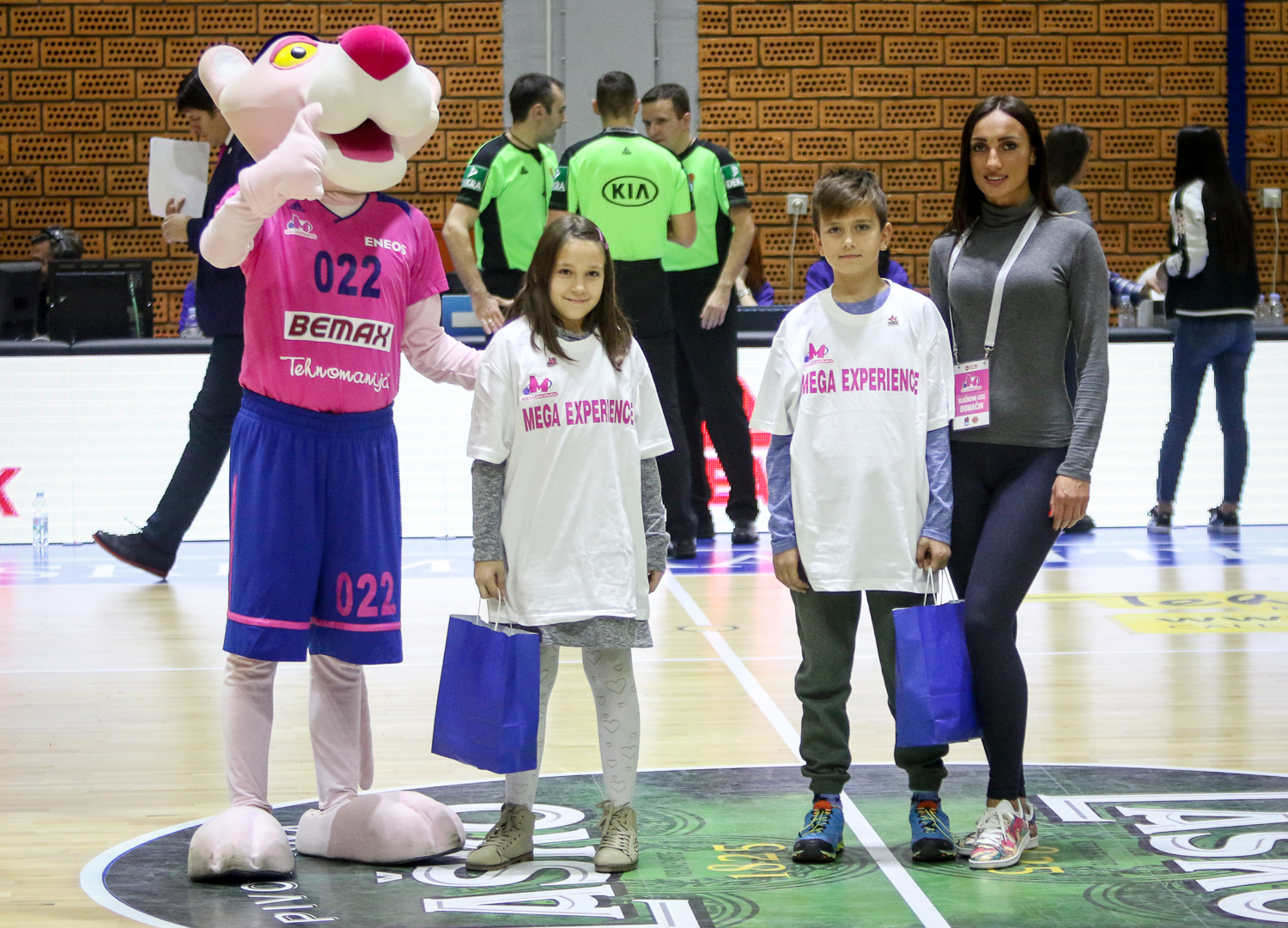 At the beginning of the match, Teodora and Dane greeted  players of Mega and then watched the match from court seats. At the break between the first and second quarters, they were presented to the audience in Sremska Mitrovica when they were awarded with applause and from Mega they received gift packages. At the end of the match, Teodora and Dane took photo with players of Mega Nemanja Kapetanovic and Stefan Fundic. 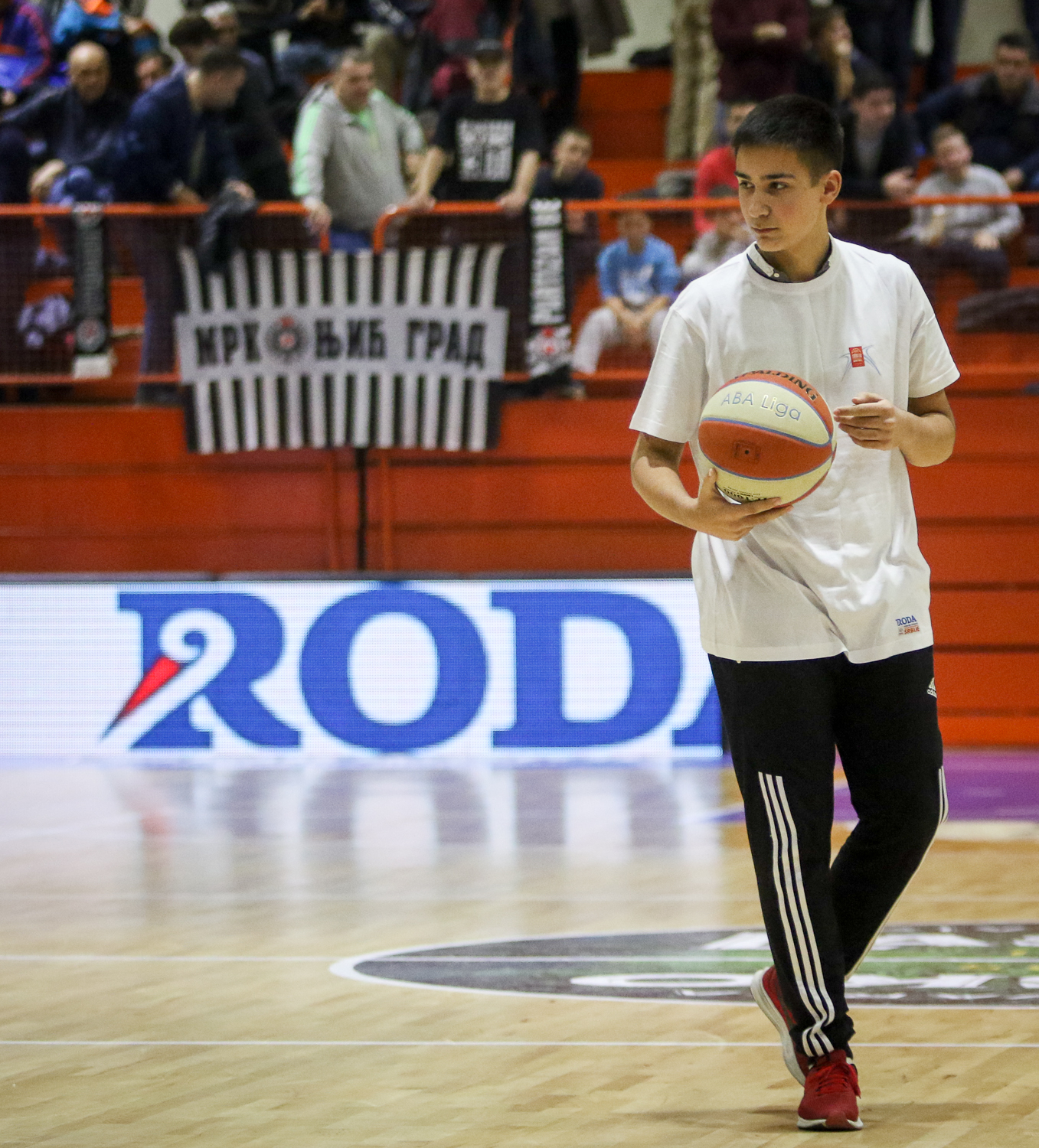 In the breaks during the match, Roda T-shirts were shot to the stands, and during the breaks, the spectators had the opportunity to refresh themselves with the sweet and salty products of brand K Plus.In the pause at the half-time of the match was held a competition shot in shooting from surprise positions for the Roda gift packs. 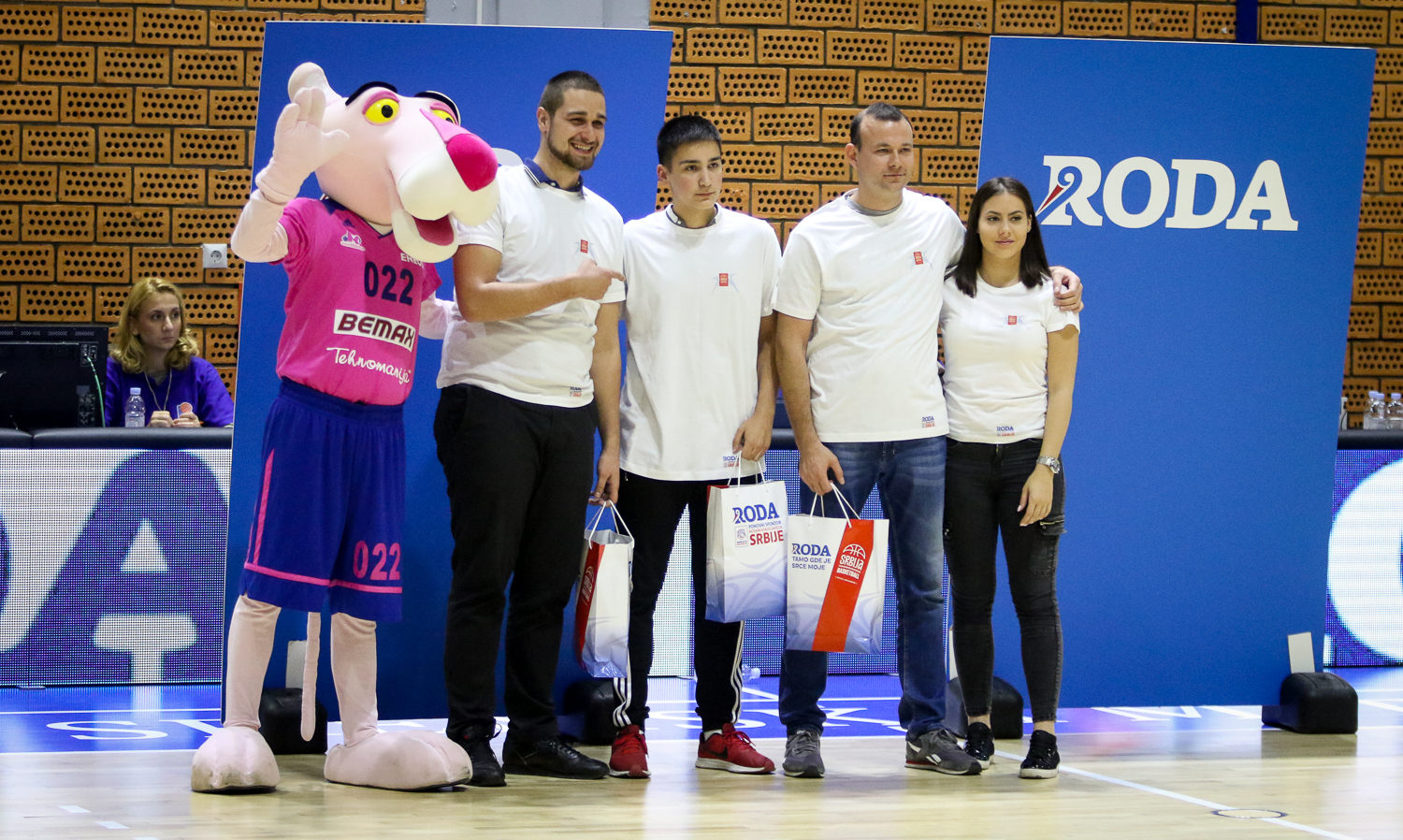