Mega Leks started training in preparation for the new season. The team is not yet at full strength because they are waitinig for new adition, expected coming of Aleksandar Aranitovic at 12th of August, who recently completed participation in the European Championship for players under 18 years, as well as the arrival of Nikola Ivanovic at 15th of August.
The current composition of Mega Leks are extremely young and talented basketball players from three countries, Serbia, Montenegro and France. The average age of players is 19.3 years, which will probably rise Mega to the youngest team in Europe who play the highest ranking competition. Currently the oldest player of Mega Leks is Danilo Nikolic, who in April turned 22 years and the youngest is Novak Music which in May turned 17.
Coach Dejan Milojevic said that the team first works on the condition:
“In the first two weeks Marko Cosic work a lot with the players and he is responsible for the condition. Then, we slowly introduce the work at the tactical lelev. The first legs on 16th and 18th August against the national team of Gabon and China, and the goal is to bring the basic things in our game to that time. “
During the preparatory period, Mega Leks expect strong games for the new season of the ABA league.
Schedule of preparatory matches:
August 16th in Zeleznik – Mega Leks – Gabon.
August 18th in Pionir Hall – Mega Leks – China.
August 31th in Vizura (Zemun) – Mega Leks – Wurzburg.
September 1-7th – Preparations in Pravets, Bulgaria. Matches with the Balkan and Lukoil.
September 9th in Zeleznik – Mega Leks – Buducnost.
September 12th and 13th in Kraljevo – The tournament in Kraljevo (Mega Leks, Crvena Zvezda, PAOK and Trabzonspor). Semifinals: Mega Leks – Trabzonspor.
September 16-19th – Tournament of Fribourg (Switzerland).
September 24th – Mega Leks – Karsiyaka. 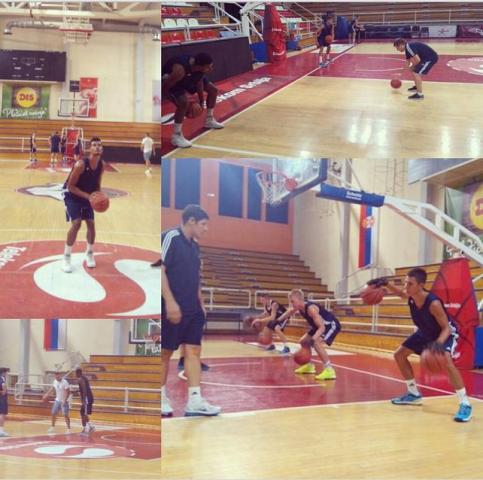